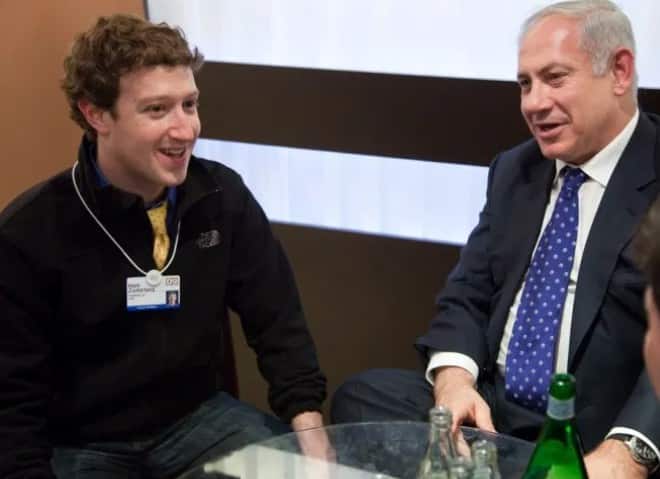 (JTA) — It was when Mark Zuckerberg said he would allow Holocaust denial on his platform that the Anti-Defamation League realized its partnership with Facebook wasn’t working. 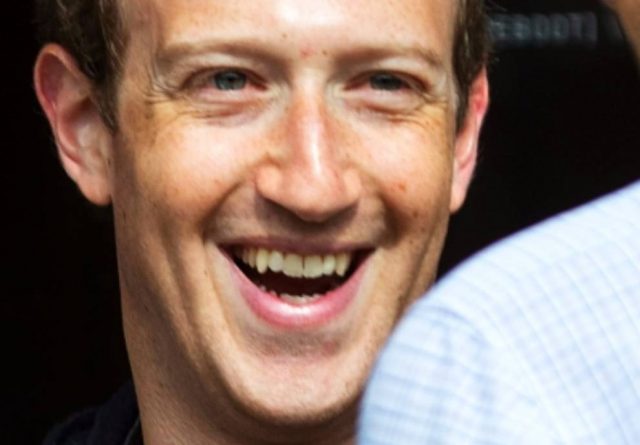 The social media giant and the Jewish civil rights group had been working together for years to curb hate speech online. In October 2017, Facebook headlined a new ADL initiative to start a Cyberhate Problem-Solving Lab in collaboration with Silicon Valley’s biggest companies.

Then, nine months later, Zuckerberg told the tech site Recode that while he personally found Holocaust denial “deeply offensive,” he said, “I don’t believe that our platform should take that down because I think there are things that different people get wrong.”

Why would this be a Shock 😱. #ZuckerbergIsARacistTreasonousGreedySOB

People who monitor antisemitism criticized Zuckerberg for what they saw as undeservedly giving antisemites the benefit of the doubt — as if they were making an innocent mistake rather than propagating a deliberate lie. That’s when the ADL realized that Facebook wasn’t going to change on its own and needed to be pressured.

Thief Zuckerberg should be nvestigated ,indicted many reasons, see my true story on here about him what he did to me-to get rich, steals ideas for profit ,conspired with netanyahu, trump -corrupt government May Be considered in with those acts Of Treason https://t.co/OaTG9bPiye

So the ADL has changed tacks as Facebook, according to ADL CEO Jonathan Greenblatt, “has allowed some of the worst elements of society into our homes and our lives.”
After years of seeing the largest social network in the world as a partner, it is now treating Facebook as an adversary. That shift has culminated in an ADL-led campaign urging companies to stop advertising on Facebook for the month of July in collaboration with the NAACP and other civil rights groups.

The campaign has attracted a growing list of leading brand names. More than 230 companies have signed onto the pledge, and last week Facebook’s stock dipped more than 8%, though it has since rebounded.

Goebbels would be so proud of another (@netanyahu) Jewish student, Mark Zuckerberg.https://t.co/E66tBWlcuN
"The hottest places in Hell are reserved for those who in time of moral crisis preserve their neutrality"

Apparently shaken by the boycott, Zuckerberg has announced a series of changes to Facebook’s hate speech policies, which he said “come directly from feedback from the civil rights community.” He also pledged to meet with the organizers of the boycott.

I have been saying this for years! Ever since President Obama warned Zuckerberg of how Russia was manipulating the feeds on Facebook! Zuckerberg laughed it off! All the while he was in bed with Russia, Saudi Arabia, Netanyahu, Cambridge Analytica,*Trump and Kushner!

Facebook’s changes include labeling posts regarding voting access, flagging posts that target immigrants, banning members of the far-right antigovernment Boogaloo movement and placing warnings on hateful or false posts from public figures that the network still feels are newsworthy.

“I’m committed to making sure Facebook remains a place where people can use their voice to discuss important issues, because I believe we can make more progress when we hear each other,” Zuckerberg wrote Friday in a Facebook post. “But I also stand against hate, or anything that incites violence or suppresses voting, and we’re committed to removing that no matter where it comes from.”

Those moves have not lessened the ADL’s commitment to pressuring the company, which makes nearly its entire $70 billion in annual revenue through ads.

“Facebook says it will take meaningful steps to address the hate on its platform,” Greenblatt tweeted after the announcement. “We’ve been down this road. Don’t let them refuel for another hate-filled trip.”

Fighting tech companies is a change for Greenblatt, who came to the ADL job in 2015 following a career as a social entrepreneur in Silicon Valley. Greenblatt founded a bottled water company that donated a portion of its proceeds to clean-water access, as well as All for Good, an open-source platform that aggregated volunteer opportunities online.

The ADL had been pushing tech companies to get more serious about combating anti-Semitism for decades. Greenblatt’s predecessor, Abraham Foxman, complained in a 2013 interview with JTA about “the geniuses at Palo Alto” and said, “The providers need to take greater ownership. They don’t want regulation.”

Under Greenblatt, the ADL increased its focus on tech, and at first tried to curb online hate through partnership. The group expanded its presence in Silicon Valley in 2016 and founded the Center for Technology and Society in 2017 to combat cyberhate. Greenblatt said he hoped “to collaborate even closer on the threat with the tech industry.”

Later that year, the ADL announced its partnership with four tech giants — Facebook, Google, Microsoft and Twitter — to create the Cyberhate Problem-Solving Lab. The idea was to work with the companies on technical solutions to improve detection and removal of hateful posts, with the ADL providing guidance on how to spot bigotry and address it.

But according to Kelley, the effort went nowhere. Facebook, he said, never acted on any of the advice provided by the ADL.

“They were happy to sign onto a press release and to say, well, we’re working with ADL. We did have several meetings,” Kelley said. “It’s the same story of us coming to the meeting with real ideas for how to approach the problems on their platform and them walking away not promising anything. We tried to work with them.”

Facebook did not respond to an email request for comment. But the company has disputed that it has a poor record on addressing hateful posts. It points to a recent study from the European Union showing that Facebook is the quickest among the major social media platforms in addressing notifications of hate speech coming from European users. It found that Facebook assessed 96% of the notifications of hate speech within 24 hours, compared to 76.6% for Twitter. Facebook removed 87.6% of the flagged content, compared to 35.9% for Twitter.

But Kelley said that while Facebook does release transparency reports, it does not give outside researchers access to the data, unlike Twitter. So he said there’s no real way to confirm Facebook’s claims of transparency.
“All these statistics are not vetted by, or verified by, any third party,” he said, adding later that “The ability to do real research into the nature of hate on Facebook is extremely limited.”

As months and then years passed, activists in Myanmar and elsewhere were complaining that Facebook was allowing public officials to encourage human rights violations. In 2018, the shooter at the New Zealand mosques livestreamed the massacre on Facebook.

But while Facebook made some modifications to its hate speech policies, it did not appear to change course philosophically. In October, Zuckerberg said in an address at Georgetown University that he was proud that “our values at Facebook are inspired by the American tradition, which is more supportive of free expression than anywhere else.”

A month later, the ADL gave Cohen its International Leadership Award. The comic actor used the opportunity to give a keynote address to excoriate social media companies.

“I say, let’s also hold these companies responsible for those who use their sites to advocate for the mass murder of children because of their race or religion,” he said. “Maybe it’s time to tell Mark Zuckerberg and the CEOs of these companies: You already allowed one foreign power to interfere in our elections, you already facilitated one genocide in Myanmar, do it again and you go to jail.”

A wrinkle in this story came a few weeks before Cohen’s speech. Following the October attack on a synagogue in Halle, Germany, the ADL accepted a $2.5 million donation from Facebook’s COO, Sheryl Sandberg. Greenblatt said, upon accepting the donation, that he was “grateful for her commitment to fighting hate in all of its forms.”

Sandberg posted on Facebook that “It means so much to me to be able to support this vital work at this critical moment.”

Facebook’s mostly hands-off approach to posts does have notable defenders.

David Hudson, an advocate of expansive First Amendment rights, said that free speech protections should be extended to Facebook because its size and breadth gives Facebook the power of a government.

“Certain powerful private entities — particularly social networking sites such as Facebook, Twitter, and others — can limit, control, and censor speech as much or more than governmental entities,” he wrote for the American Bar Association’s Human Rights magazine. “A society that cares for the protection of free expression needs to recognize that the time has come to extend the reach of the First Amendment to cover these powerful, private entities that have ushered in a revolution in terms of communication capabilities.”

But Holocaust scholar Deborah Lipstadt, who spoke out against Zuckerberg’s remarks on Holocaust denial, said a boycott was the right way to go.

“Facebook is a private entity and no private entity is obligated to post hate speech,” she said. “Generally I don’t like boycotts, but if this is the only thing to which Facebook is going to respond, then you have no other choice. You can choose where you put your money.”

This year, in testimony to Congress, Greenblatt cited his work in Silicon Valley in calling on tech companies to work harder. He called tech “an amplifier, an organizer, and a catalyst for some of the worst types of hate in our society,” and said Facebook and Twitter “need to apply the same energy to protecting vulnerable users that they apply to protect their profits.”

Despite the measures Facebook has taken, the ADL says that hasn’t happened. And that’s why, after years of trying to collaborate with Facebook, the ADL is now trying to disrupt its revenue stream in the hopes of forcing change.

“There’s a common understanding that Facebook is a company that puts revenue above all else, but I think this is a very clear-cut example,” the ADL’s Kelley said. “All of these changes, the minor tweaks that Mark Zuckerberg announced on Friday, were things that the civil rights community have been asking for for years, in addition to larger structural changes to the platform.

“It took a massive pause on advertisement by major companies to get them to move an inch.”