[ Editor’s Note: VT has supported the ADVT in its honoring Iran’s terror victims since we first learned that it had suffered five times the KIAs than the US did on 9-11. But the worst part of it was that 12,000 of the 16,000 total were killed by the US and Israeli supported MEK.

Terrorism was a staple tool used by the West throughout the Cold War, and then after, with Western media never daring to write about it, whereas the ADVT has gotten basically zero coverage.

From a humanitarian perspective, VT feels this is an outrage because it sends a signal, for example, to all those working as uniformed and contractors in the US proxy terror wars that they will never have to justify what they did, despite its being viewed as a crime against humanity by the ICC.

I saved running this for the 4th of July, as it is a stain that needs to be dealt with on America’s honor. As we wanted to be free from the horror of a 3% sales tax on tea, which skilled US smugglers had no problem circumventing, so does Iran want to be free from living under the shadow of US and Israeli attack.

The Hafte Tir bombing was a decapitation strike of 73 of the top leaders of the Islamic Republic. Foreign terror forces penetrated security using the meeting’s audio engineer, who put explosives in all the speakers set up around the large meeting room. During the meeting, he set the timer and then left for lunch, never to return.

A Western intelligence magic carpet then scooted him off to Europe, where he was given a new name and lived his life in Belgium until the Iranians tracked him down and avenged the death of his victims.

Iran went on to suffer attacks and death of its Vice President, and then an attack on its Parliament. Americans cannot even image such events happening here, not to mention what revenge we would take for such, and yet Iranians continue to live under a threat of US and Israeli attack as normal part of their lives.

This includes all the families who lost loved ones on the civilian plane shot down by mistake by an overzealous US destroyer captain, who was decorated for the action of defending his ship, which was a way to cover it up. I suspect the Iranians would want to celebrate the day, like we do our 4th of July, when they can live without fear of aggression from the US.

I heard the stories of people when I was in Iran, about going to the bomb shelters during the Iran-Iraq war, when US-provided chemical weapons rained down on Iran’s cities. Everyone I met had relatives killed during that long and bloody war.

Here we are on the 4th of July, with US forces pushing forward during peace time against former Cold War opponents who represent no offensive military threat to the US whatsoever.

We are told that if they have the ability to resist US military aggression, then they are a threat to us. Frankly, that is quite a stretch. It is a page borrowed from the Zionist book.

The IDF has openly stated in the past that it would never wait for anyone in the region that it deemed a potential threat to gain military parity with Israel, but that it would attack them before that happened. US taxpayers financially support this, having no choice because their representatives are compromised… Jim W. Dean ] 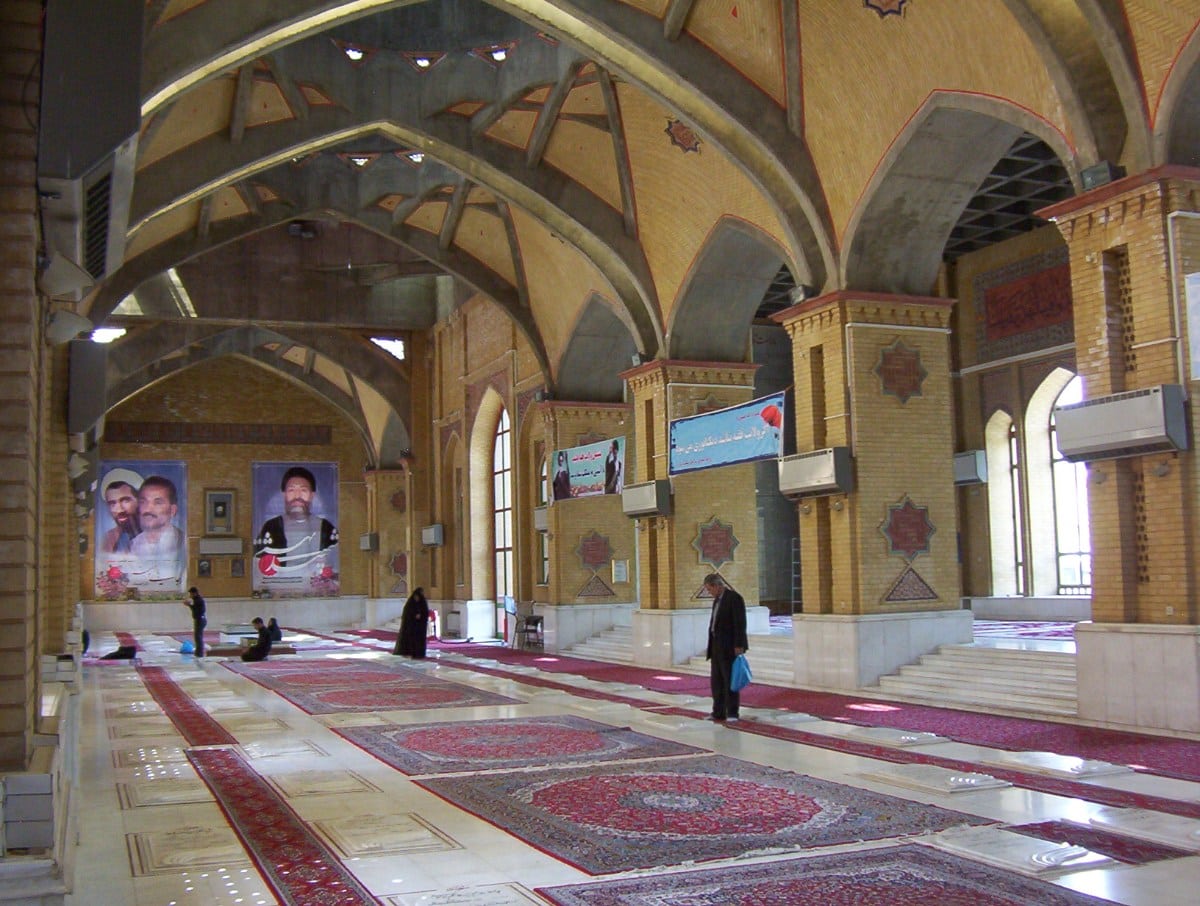 The Association for Defending Victims of Terrorism, in collaboration with the Tehran Municipality, organized an exhibition entitled “who is Ali Motamed?” and ” the memorial of the companions” to commemorate the human rights of the martyrs of the Hafte Tir bombing terrorist bombing and explaining the terrorist abuse of the asylum system.

The anniversary of that great tragedy was celebrated in the presence of the families of the martyrs, as well as cultural, political, human rights and judicial officials, near the graves of those martyrs.

A banner entitled “The Netherlands in Shame”, which analyzes the story of crime, escape and concealment under a false name in the Netherlands, was also installed on the south side of the Martyrs’ Mausoleum.

Mr. Ejei, the first deputy head of the judiciary, spoke about the tragedy of June 28 and the memories of those precious martyrs, and said about Martyr Beheshti that he was not afraid of any scolding in doing his duties.

At the opening ceremony of the exhibition, Mr. Eslami, the son of one of the martyrs of the 7th of Tir, read out a statement entitled “The Right to Truth” addressed to the Minister of Justice and the Dutch Prosecutor.

The statement said, “People who had been martyred in that heinous crime were all elites and unique scientific and political figures who, through the Islamic Revolution and the fall of the 2,500-year-old dynasty system, took the first steps in doing democracy and wanted to find solutions to the problems of the society, and they had no other desire but to elevate their destroyed country for centuries, and they were rightly the model of people who are in service of their country.

In another part of the statement, it is stated that directorate and planners of that crime escaped to France, on July 28th, one month after the day of the incident, by hijacking a military aircraft with a disguised face and clothes and after years of planning terrorist acts and conspiring against Iranian people in the guise of asylum seeking, went to Iraq at the official invitation of the region’s criminal, and with the complicity of this former Iraqi dictator, they planned and directed other crimes against the Iranian people.

In another part of the statement, we read: Mohammad Reza Kolahi Samadi, the main perpetrator of the terrorist act who left the party office hours before the explosion, fled to Iraq after a few months of secret life and also worked for them on Radio Mojahedin under the pseudonym Karim.

He continued to work in the Arefi section (relations with the Iraqi government) under the same pseudonym Karim. Until the early 1970s, apparently due to mental health problems and frustration, he first moved to Germany and then the Netherlands and lived in the Netherlands with the fake name of Ali Motamed and his second wife. In 2015, two Dutch criminals killed him.

“The evidence shows that this is not a simple murder, but a complex international terrorist case, all aspects of which need to be carefully investigated,” the statement said. It continued:” The most important aspect of it is the organizational background of the victim.

That may be the reason for the murder. One of the main culprits in the murder of this terrorist attack is the survivors of the June 28 tragedy, who must be identified as soon as possible by the relevant court and given the opportunity to participate in the trial”.

At the end of the statement, the Association for Defending Victims of Terrorism called on the judiciary officials, especially the Minister of Justice and the Dutch Prosecutor, to give an opportunity to survivors of the 28 June tragedy as a part of case, and by identifying other accomplices of this criminal, the right to the truth and access to justice be provided for these survivors.

At the end of the ceremony, the families of the martyrs paid respects to the tomb of the great martyrs on June 28th.

The exhibitions of “Who is Ali Motamed?” And “the memorial of the companions” will be held until three days, at the memorial of seventy-two martyrs in Behesht Zahra.

The Association for Defending Victims of Terrorism is also holding a competition about “Ali Motamed”‘s grave in Al-Mere Cemetery in the Netherlands. The competition is about this question: “who is Ali Motamed?”. Responses should be sent to association’s email [email protected] or its account in social media, in the form of text, photo or video. There will be prizes for best answers.