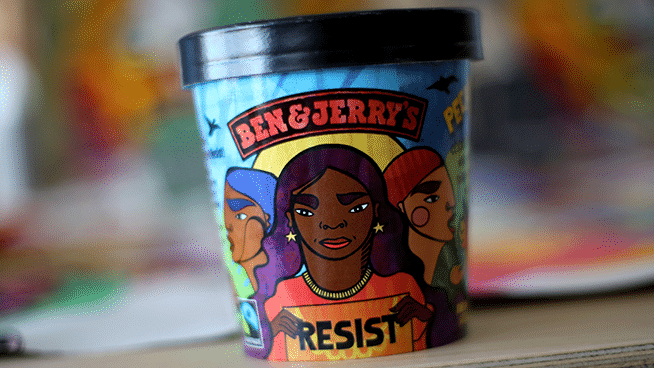 The Black Lives Matter (BLM) movement has taken center stage as the country has tried to come to terms with the horrific deaths of Breonna Taylor, George Floyd, and immeasurable number of other black and brown people who have been targets of police brutality.

The cause has become so important that companies have started to speak out, and some have even gone further to donate money and supplies to various BLM-affiliated organizations. Here are five companies and brands who are actively supporting BLM and deserve your business.

Rihanna’s lingerie and intimates brand has already established itself as forward-thinking. With models of all shapes, sizes, and skin-tones, the brand promotes inclusivity and body positivity in an industry dominated by slick six-packs, perfect skin, and hourglass figures. The brand committed to honoring Blackout Tuesday, during which it stopped business to promote awareness of BLM and amplify black voices. The brand also stated it will make donations to The Bail Project and Black Lives Matter of Greater New York.

The famed ice cream company shared its thoughts on the BLM movement in a lengthy post titled “Silence is NOT an Option”, building on its statements supporting the cause from 2016. The post called for specific policy actions and directly called on Trump and the Department of Justice to instill laws and task forces ending police abuse. Amid lukewarm responses from much of corporate America that often stops with black squares on Instagram, Ben & Jerry’s stands out as a genuine supporter of BLM.

The e-commerce site took a stand in favor of Black Lives Matter through an Instagram post. It also committed to donating $500,000 to Equal Justice Initiative and Borealis Philanthropy’s Black-Led Movement Fund. While speaking out on BLM, it also highlighted black-owned businesses on its own platform to raise awareness. The company also matches employee donations and has a volunteer time-off program.

This adventure-wear brand is known for its high standards in sustainability and labor conditions. It uses a high proportion of recycled fabrics, and pays workers throughout its supply chain a living wage. It also publicly promotes climate change awareness, animal welfare, and labor rights. The brand stands in solidarity with black and brown people who not only face racial injustice, but climate injustice. Patagonia has made a $100,000 donation to the NAACP Legal Defense Fund.

This brand sells high-quality activewear and prides itself on environmental sustainability. All of its brick-and-mortar stores are carbon neutral, and it uses recycled and biodegradable packaging. It has committed to supporting BLM by donating all proceeds from sales of the Together We Change Tee to the NAACP Legal Defense Fund and Black Lives Matter.

These five companies are among the many that have made significant donations and pledges to support Black Lives Matter. When you support these brands, your money goes towards corporations that understand the importance of this moment, and their power to make a difference.

You can also support BLM with the Equality Library, a bundle of books you can purchase at-cost to educate yourself and others on the history of race relations in America and what you can do to help.