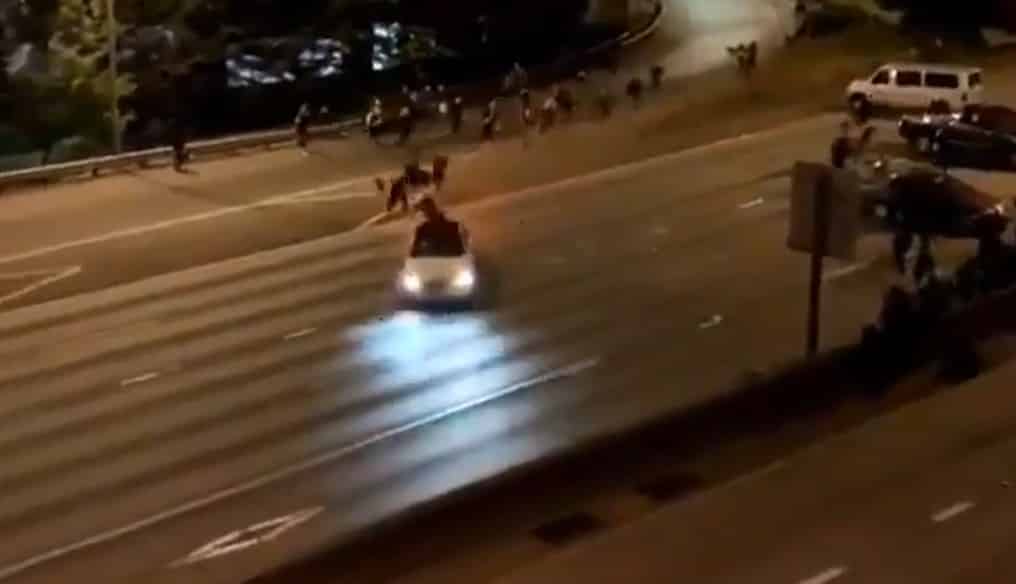 VT: A 27 year old Somali terrorist (allegedly) entered the highway on a wrong way ramp and rammed two BLM protesters at 90mph, one is in critical condition, the other serious. He is under arrest on multiple felony counts.

Trumptards setting up a GoFundMe page to get the Jaguar fixed after the attack.  You just can’t make this shit up.  After Mt. Rushmore, what do we expect.

Catch the thread on this Trump blog:

Live video taken by victim at the moment of impact.  This is very frightening.

Content WARNING. This is independent journalist, Diaz Love, who has been covering Seattle. She and a group of people were apparently hit by a car a short time ago. #SeattleProtest #CHOP #BlackLivesMatter pic.twitter.com/q5Som8PZgD

VT has a name and full data tied to the license, that of a Univ. of Washington grad, 27, Somali sort of Muslim.  When the name comes through, we will get you photos of him being very very 9/11 hijacker “non-Muslim.”

Right-wing extremists in Seattle drove a car into a crowd of #BlackLivesMatter protesters on a closed portion of Interstate 5. Two women were struck, one with life-threatening injuries. They flew into the air before landing on the ground. #FreshTopics pic.twitter.com/IRWcpu7gjg

Video of me chasing the driver of the hit and run on i5south tonight. Shortly after the video ends I was able to box him in until PD arrived. This was not an accident. Officers telling me he had to come wrong way on an offramp to even make it onto i-5. #seattleprotests pic.twitter.com/J8aTcsB3wG

SEATTLE Times (AP) — Two people were struck by a car whose driver sped through a protest-related closure on a freeway in Seattle, authorities said early Saturday.

"The Seattle I-5 driver in the white Jaguar stopped about a half mile from the scene where he hit the protesters. Protesters caught up with the car and started attacking the vehicle so he drove off and waited for police further down the road." pic.twitter.com/HFEF6D00DS 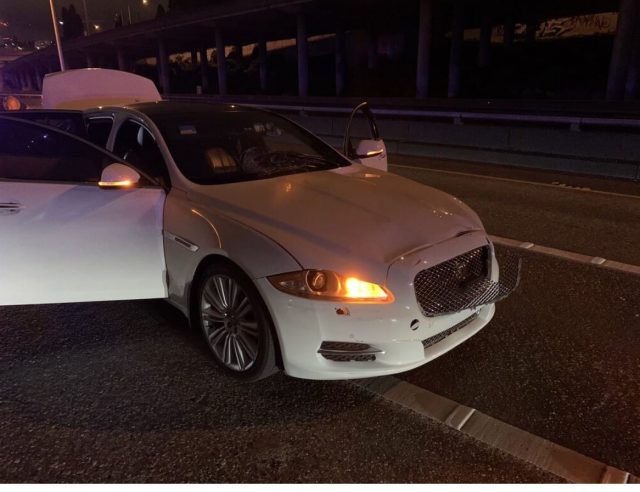 The driver, a 27-year-old man from Seattle, was in custody, Mead said, adding that impairment was not considered a factor. Charges remain under investigation, as does the motive and point of entry onto the interstate, but Mead said the unnamed man faced multiple felony charges and was suspected to have come on the wrong way on a ramp.

Here are two pictures of the suspect vehicle that struck two protesters on I-5 this morning. Investigation into motive and point of entry in to I-5 are still under investigation. pic.twitter.com/gU1QH6TFTu

Mead said troopers did not know whether it was a targeted attack.

Video on social media showed a white car traveling at a high rate of speed navigate around two vehicles positioned across the lanes as a barrier. The car careened toward a small crowd of protesters on the freeway, striking two people who flew into the air before landing on the ground. 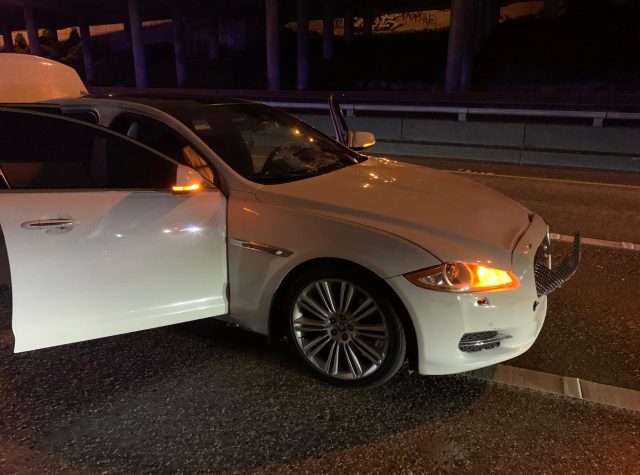 A nearly two-hour-long Facebook livestream captioned “Black Femme March takes I-5” from Diaz Love ended abruptly; with about 15 seconds left, shouts of “Car!” can be heard as the camera starts to shake before screeching tires and the sound of impact are heard. The Associated Press could not immediately reach her.