Bloomberg Law: The Dakota Access pipeline must shut down by Aug. 5, a district court ruled Monday in a stunning defeat for the Trump administration and the oil industry. 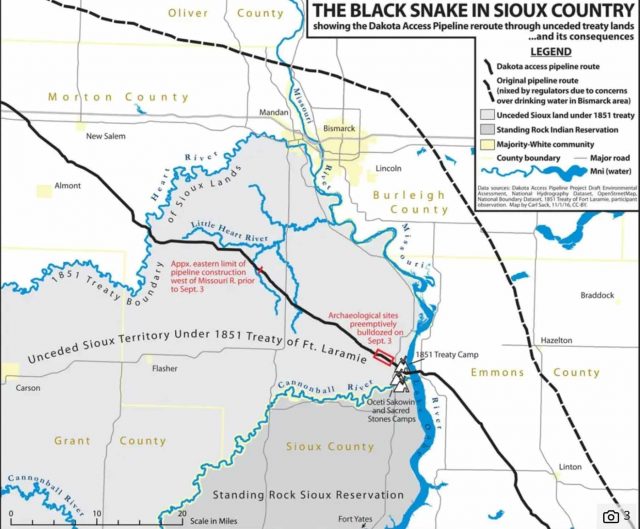 The decision is a momentous win for American Indian tribes that have opposed the Energy Transfer Partners LP project for years. It comes just a day after developers scuttled another project, the Atlantic Coast natural gas pipeline, after years of legal delays.

The U.S. District Court for the District of Columbia said a crucial federal permit for Dakota Access fell too far short of National Environmental Policy Act requirements to allow the pipeline to continue operating while regulators conduct a broader analysis the court ordered in a previous decision.

The ruling scraps a critical permit from the Army Corps of Engineers and requires the pipeline to end its three-year run of delivering oil from North Dakota shale fields to an Illinois oil hub. Judge James E. Boasberg said Dakota Access must shut down the pipeline and empty it of oil by Aug. 5.

“Today is a historic day for the Standing Rock Sioux Tribe and the many people who have supported us in the fight against the pipeline,” tribal Chairman Mike Faith said in a statement. “This pipeline should have never been built here. We told them that from the beginning.”