VT: Years ago, a Dutch-Belgium criminal gang, police aided by corrupt government officials, tried to kidnap Mehran T. Keshe, whose open-source research would have been worth hundreds of billions if withheld and patented.  Keshe fled to Italy where VT took over his security in concert with Carabinieri.

This is one of many, used to support the Kosher Nostra gangs that run the Netherlands and Belgium, the heart of the world’s child trafficking empire.  This is one location, and as photos will reveal, a scientifically designed CIA/Mossad style torture prison, immaculately clean, with police uniforms piled up for use when moving subjects, kids, scientists being blackmailed for patents…

Now the Dutch police have begun to retaliate, only a small part of the story here. 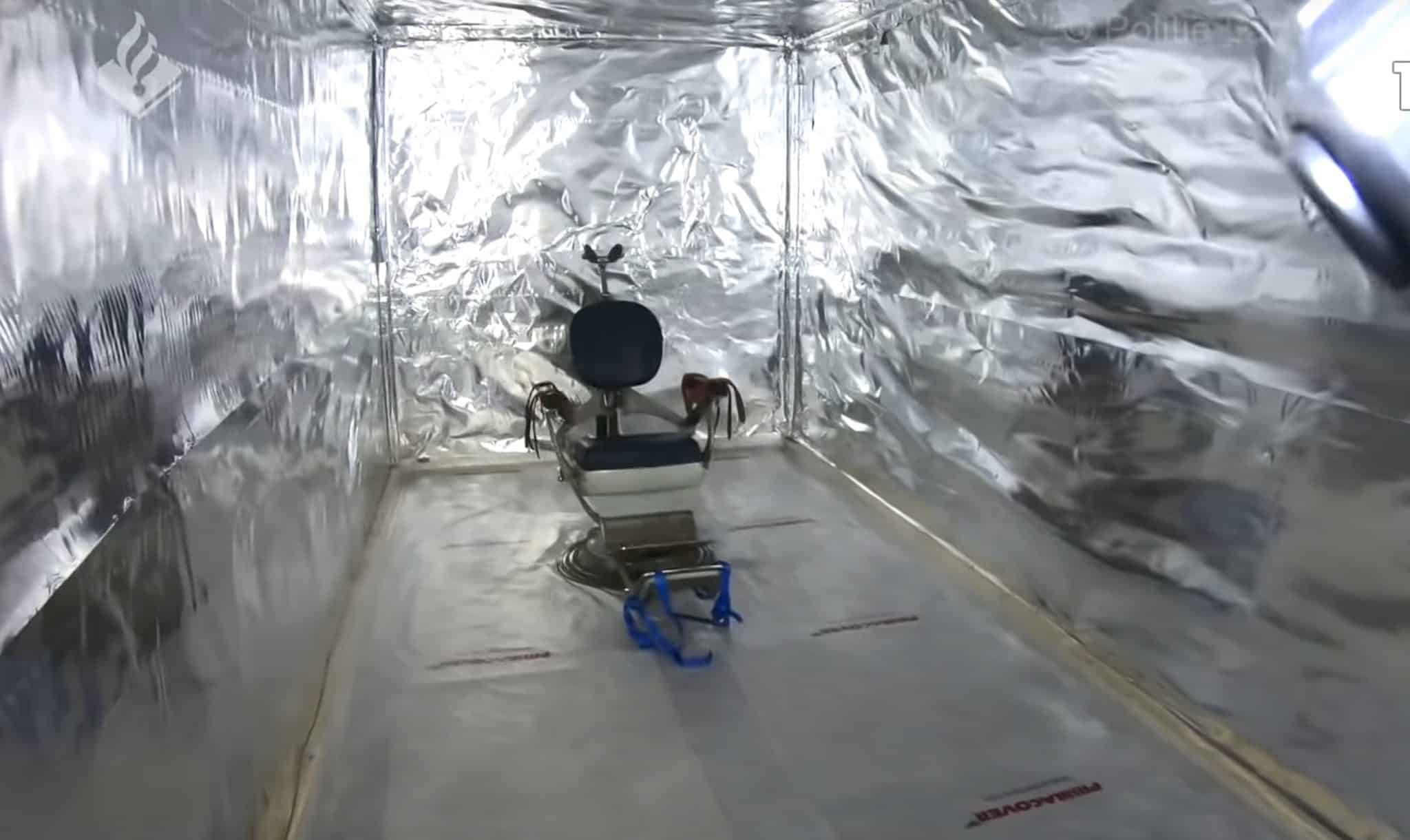 Guardian: Dutch police have arrested six men after discovering sea containers that had been converted into a makeshift prison and sound-proofed “torture chamber” complete with a dentist’s chair, tools including pliers and scalpels and handcuffs, a high-ranking officer announced.

The discovery was made last month by officers investigating leads generated by data from encrypted phones used by criminals that were cracked recently by French police. Detectives in the UK and the Netherlands have arrested hundreds of suspects based on the encrypted messages.

Tuesday’s announcement gave a chilling insight into the increasingly violent Dutch criminal underworld, which is involved in the large-scale production and trafficking of drugs.

Dutch police said last week their investigations, codenamed 26Lemont, based on millions of messages from the EncroChat phones, had led to the arrest of more than 100 suspects and the seizure of more than 8,000kg (17,600lbs) of cocaine and 1,200kg (2,600 lbs) of crystal meth, as well as the dismantling of 19 synthetic drugs labs and seizure of dozens of firearms.

On 22 June, Dutch national police force officers arrested six men on suspicion of crimes including preparing kidnappings and serious assault. Detectives also discovered the seven converted sea containers in a warehouse in Wouwse Plantage, a village in the south-west of the country, close to the border with Belgium.

They were tipped off by messages from an EncroChat phone that included photos of the containers and dentist’s chair with belts attached to the arm and foot supports. The messages called the warehouse the “treatment room” and the “ebi”, a reference to a top security Dutch prison. The messages also revealed identities of potential victims, who were warned and went into hiding, police said.