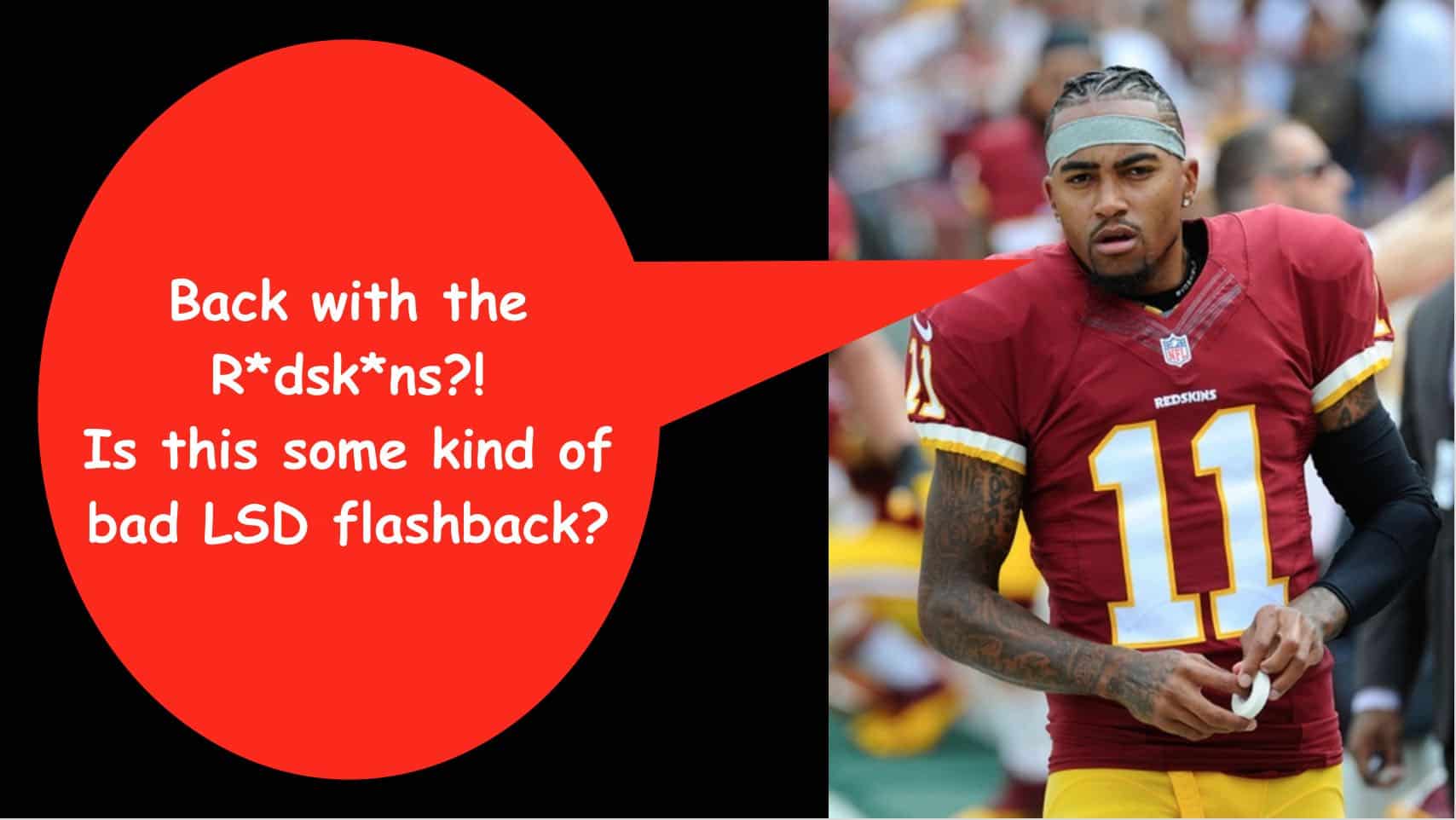 The Nazi Anti-Defamation League (NADL) has awarded Philadelphia Eagles owner Jeff Lurie its highest award, the Knight of the Iron Cross, for inflicting “the most severe punishment imaginable” on wide receiver DeSean Jackson: trading him back to the Washington R*dsk*ns.

“DeSean Jackson must not be allowed to misquote the sacred words of der Fuhrer with impunity,” explained NADL head Jonathan Groinbutt. “This trade sends a message that any NFL player who doesn’t treat Hitler with proper respect will soon find himself playing for a garbage franchise whose politically-incorrect name stinks so badly it needs to be asterisked like a swear word.”

Reached at his executive box office sweet at Lincoln Financial Field, Jeff Lurie explained why he traded Jackson: “We considered the iron maiden, drawing and quartering, throwing him to famished hyenas, and several other severe punishments. But all of those options, horrific as they are, don’t last very long. Trading him back to the R*dsk*ns means he will be trapped playing in the seventh circle of hell for all eternity. That’s the kind of endless torment and utter humiliation he earned by taking the sacred words of the Fuhrer in vain.”

Civil liberties advocates noted that Nazis seem to be policing American speech with ever-greater fanaticism. “I thought they might just lynch DeSean, or maybe burn him alive or behead him. But never in my wildest dreams did I imagine they would ever send him back to the R*dsk*ns,” said ACLU zombie director George Romero. “And though I respect Hitler as much as the next goy, I do think this Nazi speech policing thing is getting out of control. So the ACLU will be going to court to try to get the punishment reduced to strangling, lethal injection, or some other more humane option. No civilized country with a cruel and unusual punishment clause in its Bill of Rights should force anyone to play for the R*dsk*ns.”

Jackson, who has reportedly been hiding in his basement hanging his head in shame since the trade was announced, could not be reached for comment.