After inspiring worldwide praise, Israel’s handling of the coronavirus pandemic has now emerged globally as a blueprint for how not to reopen the economy too fast as a second wave of infections, worse than the first, sweeps the nation.

While many countries had looked to Israel’s early closing of borders and initial flattening of the curve as a guide, recent international reports have focused negatively on the Jewish state, asking what went wrong and how that can be avoided in other countries.

Excellent analysis by ⁦@noa_landau⁩ on Netanyahu’s failure to manage the Covid crisis. Confronting a pandemic calls for painstaking micro-management and Netanyahu is incapable of that and won’t delegate to anyone else either https://t.co/8J9NW4retV

“Israeli Prime Minister [Benjamin] Netanyahu had boasted that ‘Israel is a success model for many countries’ and that ‘many leaders are calling us to know how to act’ — and now Israel is suffering such a deterioration,” wrote German paper Süddeutsche Zeitung.

Israel wasted 6 weeks which could have served to ready a "novel coronavirus normal" while Netanyahu flirted with annexation, smeared Gantz & passed– at 5 am, with 53 of 120 members present– a law allowing Government to bypass Knesset on #COVID19 regs. https://t.co/rH2VShX1DP

He said Israel’s reopening of the economy offered “salutary lessons” on what can go wrong with easing restrictions. 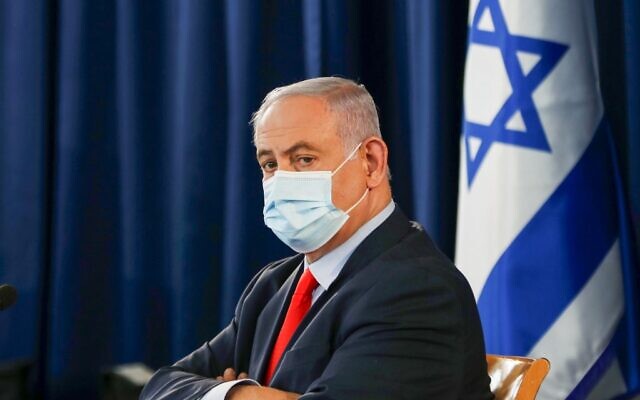 “I remember the euphoria clearly, and I shared it,” Stone wrote. “I remember too the mixed emotions as I drove down a packed Tel Aviv promenade. It was great to see so many people out again. Normality. But what would this mean for the virus? Its habitat had returned.

“The horses, in a sense have already fled the barn”https://t.co/JZALYxvBYE

“As the days passed, human nature set in,” he continued. “Masks were routinely round the chin, not the face. Two metres quickly turned into one, then half. And as the weather turned hotter, the beaches became even more crowded.

“Beware, the UK is a few weeks behind Israel,” he warned, as Britain too tries to slowly edge back to normality.

American epidemiologist Eric Feigl-Ding focused on Israel’s quick reopening of schools, in an apparent warning to US authorities to be cautious in making the move in the local education system.

“1 month ago, @NPR highlighted the Israel school epidemics,” he tweeted. “This is Israel’s epidemic today. It’s growing faster per capita than even the US.”

The Atlantic ran a piece last week arguing that internationally, schools are not major infection vectors and teachers are “actually less likely to get COVID-19,” but added: “An exception is Israel.”

“Perhaps Israel is faring less well than European countries because it opened with fewer social-distancing measures,” wrote economist Emily Oster in the piece, adding: “One difference between Israel and countries such as France and Sweden is that Israel opened all its schools at once, and others started with younger children.”

She added, however, that “even in Israel, the total count of cases tied to schools since they reopened stands at about 300 — a very small share of the country’s students, teachers, and staff.”

French paper Le Figaro said the second wave in Israel “looks like the beginning of a tsunami.”

“The figures are alarming,” wrote its Jerusalem correspondent Marc Henry. “Israel was a ‘good student’ at the start of the pandemic, in particular by closing its borders very early on and by imposing a very strict lockdown which the population generally respected. But the phase of gradual reopening in recent weeks has quickly turned to disaster.”

The last few weeks have seen the reversal of many of the gains made in the fight against the coronavirus in recent months. New daily virus cases, which had dropped to low double digits through most of May, have soared to over a thousand a day, and the number of active cases has reached an all-time high of more than 13,600.

The current increase in weekly infections in Israel is one of the highest in the world, according to a chart published Monday afternoon by the Health Ministry. 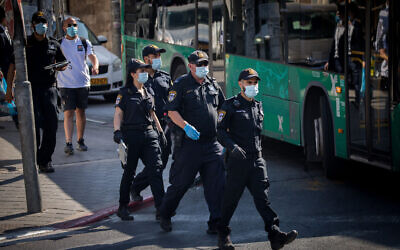 The Health Ministry on Tuesday evening released new figures showing 1,137 coronavirus infections confirmed in the past 24 hours, in the largest single day tally since the start of Israel’s outbreak. The Health Ministry also announced five new deaths, bringing the toll to 342, an increase of eight since Monday evening.

As of Tuesday night, the number of total confirmed cases in Israel since the start of the outbreak stood at 32,222. The number of serious cases was down from 88 to 86, while the number of people on ventilators dropped to 34, two fewer than on Monday.

Another 86 people were in moderate condition, with the rest suffering mild or no symptoms.

Criticizing the authorities’ handling of the ongoing outbreak and describing a chaotic and ineffective approach to tackling the crisis, the director of public health in the Health Ministry announced her resignation earlier Tuesday.

In a post on her Facebook page, Prof. Siegal Sadetzki warned that “Israel is heading to a dangerous place.”