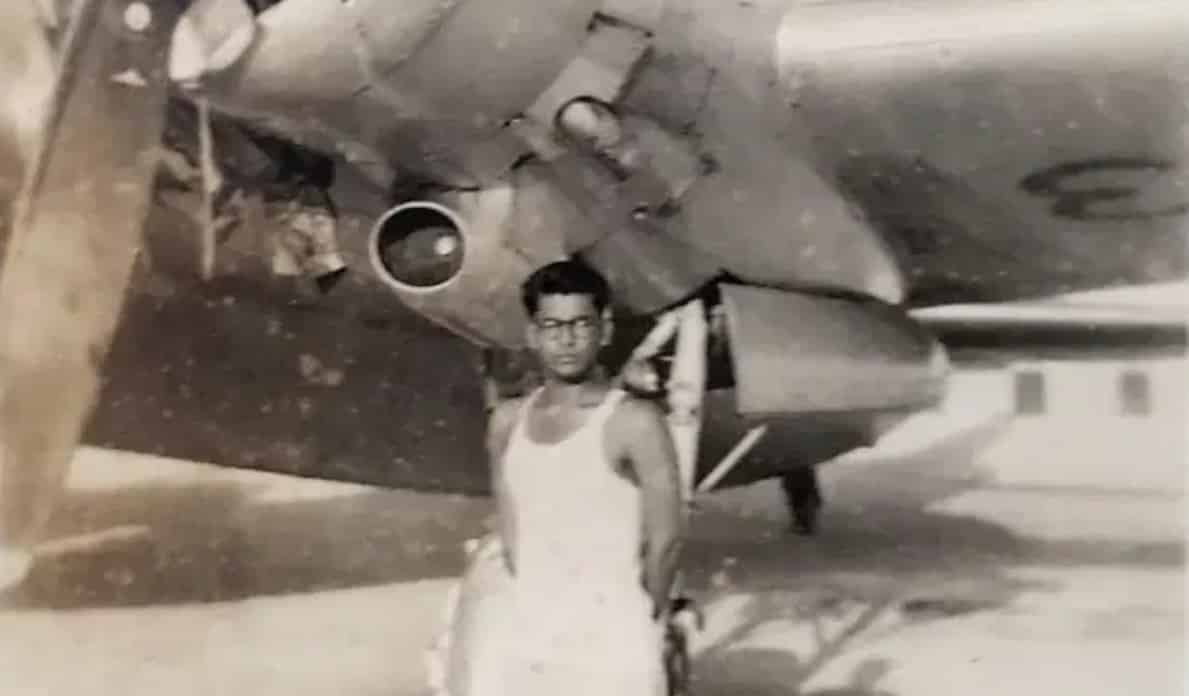 …by Supratim Barman, for VT India

The above picture is of my Father, who was a Radio Operator in the Indian 8th Army; slugging it out for the Imperialists in a War that had nothing to do with him. He was among 4 Million Volunteers, (boys and girls); from British Occupied India, as the age for enlistment was 16 — (children by today’s standards as laid down by those very same Imperialists). 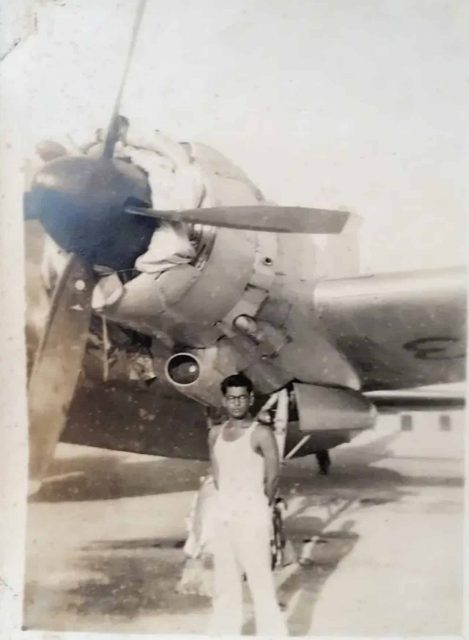 This is from either North Africa or the Palestinian Mandate, from late 1944 to between mid 1946, he was 18 in 1944. He signed up from the Bengal Engineers and was not a soldier per se, as within the 8th Indian Army, Radio Operators were considered Auxiliaries who held no rank but were an integral component of the Army.
He saw the final stages of the intense combat in Benghazi, Sirte but not Tobruk. He also, as luck would have it, was not sent into the ruthless slaughter that was Italian Campaign but sent to the Palestinian Mandate from where he was eventually de-mobbed in 1946.
This is now the 75th Anniversary of the Defeat of Fascism in the Great War against Fascism, yet the very same British Imperialists and Fascists who instigated, funded and drove this War to its Final and Logical Conclusion, when 18 year old Kovalev, Goryachev from Ukraine and Ismailov from Dagestan raised the Red Flag on top of the Reichstag, does not even mention a single name of these 4 Million Volunteers; apart from referring to them with slurs such as “Wogs, Coons and Pakis”.
Don’t you find that odd but also refreshing in so many ways in its honesty. Why even mention these “Coloured” boys, just keep it “White and Tight” and just talk about yourselves and how heroic you were in the Home Guard, and, hope that after 75 years all will be forgotten and Google will just re-write it all up but without all those Darkies and Commies, spoiling the soothing glow.
These images are being removed from the Web and History is being sublimely re-written. This picture is going to difficult to trash in the bottomless pits of the Archive Index Machines, as it is a picture I have of my Father from his collection. He wanted my son, who is 20 years old, to know that not all Pakis were House Niggas but fought the best of the best and laid them to waste.
Was my Father a Buffalo Soldier. I don’t know, you will have to ask him. Good Luck in getting a Reply any time soon, as he passed away in 2008, but the picture remains. I do know that this was a time when the United States Army fought with Segregated and Separate Forces and the Europeans had strict protocols that no Darkie be allowed to kill a European even if they were the Mortal Enemy. This did NOT apply to the Indian 8th Army, who slaughtered the Germans and Italians systematically.
The Indian 8th Army absolutely massacred Germans and Italians in North Africa, they took no prisoners. The 8th Army, which was heavy mechanised infantry and artillery columns had to move at speed across the vast and endless North African desert.
Towards the middle of the conflict with the Afrika Corps, the White Guys with the Commonwealth and Dominion British gave up and; what with most of them either dying from the heat and thirst or being ensconced safely in a hole in the sand far from any contact, it was the Indians of British Occupied India that took over command of their disparate Indian troops and co-ordinated their own BattlePlans via the Indian Radio Ops.
British Occupied India was a separate Entity from the rest of the Fascist’s Empire.
This at a time when the Germans were trying desperately, via Radio Propaganda, to get the Indian 8th Army to switch sides; for the Azad Hind Fauj or Free Indian Army. Holding German and especially Italian prisoners meant feeding them, and it also entailed slowing down the movements of these columns. The solution was easy. Induce them to escape and then exterminate them and write it up an escape that was neutralised.
My Father held no opinion whatsoever. He didn’t even see them as Human but more as Worthless White Savages who happened to get caught. He would encode the message and transmit it. Complicit in a War Crime? I don’t know you need to ask him like I said. But a Crime in the middle of a War that is a Crime in itself? Tough Call.
Pontificate upon it in your Club over a Cold One. The Pakis did what they had to do and they enjoyed it. They fought the hardest Europeans on EuroTurf and joyfully sent them on their way to Valhalla. The 8th Army Radio Ops were Catholic Goans from Karachi, Bengali Hindus (as my Father was) and Muslims from Calcutta.
They were the absolute essential means of Communications. Their children, myself being one, are today called Pakis by the these very same Imperialists and; (and get this bit very clear), every 2nd Generation British Asian, be they Indian or Pakistani is — Proud To Be A Paki and we wear it as Badge of Honour.
In Italy; the Indian 8th Army were the vanguard in taking Monte Cassino, a heroic feat that was totally the achievement of the Indian 8th Army and the event that basically ended the War, as the 8th Army could hold the Germans at bay along the Pennines, allowing the United States Army to initiate the D-Day Invasion and also give time to the Red Army to get to Berlin to have a little “heart-to-heart” with Hitler and his Boys and sort a few things out between themselves.
On the 75th Anniversary of the End of This Apocalypse, let not the efforts of my Father and his Comrades within the Indian 8th and 14th Army be forgotten. The memory of those 4 Million Volunteers from Occupied India. A Generation that is dying out but whose Children Remember and not a Single London Paki is going to Bend the Knee for Anyone.