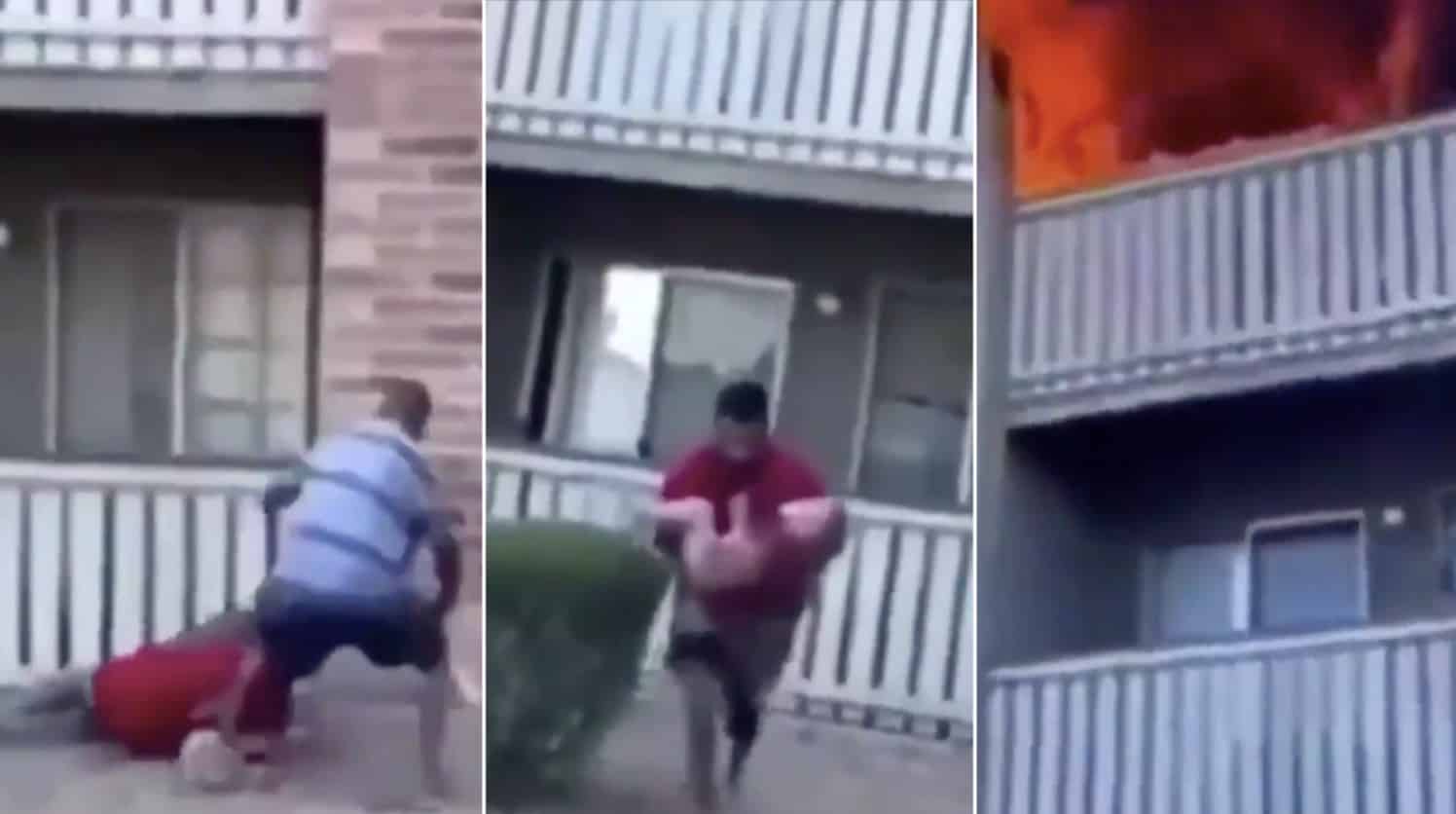 RT: Former college football wide receiver Phillip Blanks made the catch of his life in tragic circumstances when he saved three-year-old Jameson Long after he was thrown to safety by his mother from a burning apartment.

Footage shows the moment football player Phillip Blanks caught a three-year-old child thrown from a burning building by his mother.

The toddler's mother did not survive.

Ex-marine and former wide receiver at Saddleback College in Southern California Blanks sprinted barefoot to the fire in Phoenix, Arizona, when the incident unfolded on Friday.

On the third floor, Jameson’s terrified mother Rachel can be seen standing on the balcony below billowing smoke clouds and frantically holding on to her child.

As an onlooker can be heard screaming “throw the baby down”, the 30-year-old makes the harrowing decision no parent wishes to be confronted with, and tosses her child over, sending Jameson ‘twirling like a propeller’ toward the ground.

Wearing a red shirt, footage shows Blanks darting towards the infant and diving just in time to catch Jameson before he hits the ground, intercepting from another man dressed in blue standing below the apartment.

The man filming the horror coolly compliments Blanks on a “good catch” as the muscular former marine powers past him with the startled infant in his arms.

Phillip Blanks (left) was on hand to save the toddler, whose mother tragically died in the fire.

His mother was not so lucky, and died in the blaze shortly after.

When interviewed about his heroics, security worker Blanks downplayed his hero status, insisting he was acting on instinct and instead paid tribute to ‘real hero’ Rebecca.

“There wasn’t much thinking. I just reacted. I just did it,” he told ABC. “[The mother] is the real hero of the story because she made the ultimate sacrifice to save her children”

“I just did my best. His head landed perfectly on my elbow. I know how to catch. I’ve learned how to catch a football. So I’ll give some credit to football.

From L-R: Jameson Long, his mother Rebecca who died in the blaze, her husband Corey, and daughter Roxxi. All three surviving family members were hospitalised following the incident.

“I can definitely credit the Marine Corps for instilling this good training in me to save a life. I don’t see myself as a hero. A person trained to do my job is trained to protect people.”

Eyewitnesses reported that Jameson’s mother was on fire at the time she threw him from the apartment. When she went inside to retrieve her eight-year-old daughter Roxxi, she never returned. A passerby reportedly later kicked down the door to the apartment and saved the girl.

A GoFundMe page has since been set up to aid the family, and has raised so far over $48,000. On the page, it is said Roxxi has undergone her first of eight operations, and Jameson received gummy bears and Hot Wheels racing cars in hospital.

Roxxi Long, whose mother died trying to save her after tossing her brother to safety

The page’s description reads: “Rachel, 30, was a mother, a wife, a sister, daughter, and granddaughter. She was a beautiful, spirited young woman who always lived life fully and on her own terms. She was the light of her daddy’s life. She is truly a hero. She made the ultimate sacrifice for her children.

“Corey, her husband, has no home now and both children are currently hospitalized. He is facing costs of at least 8 surgeries for Roxxi. Please contribute if you feel led to help the Long family in these horrific times. They need our prayers and our finances.”