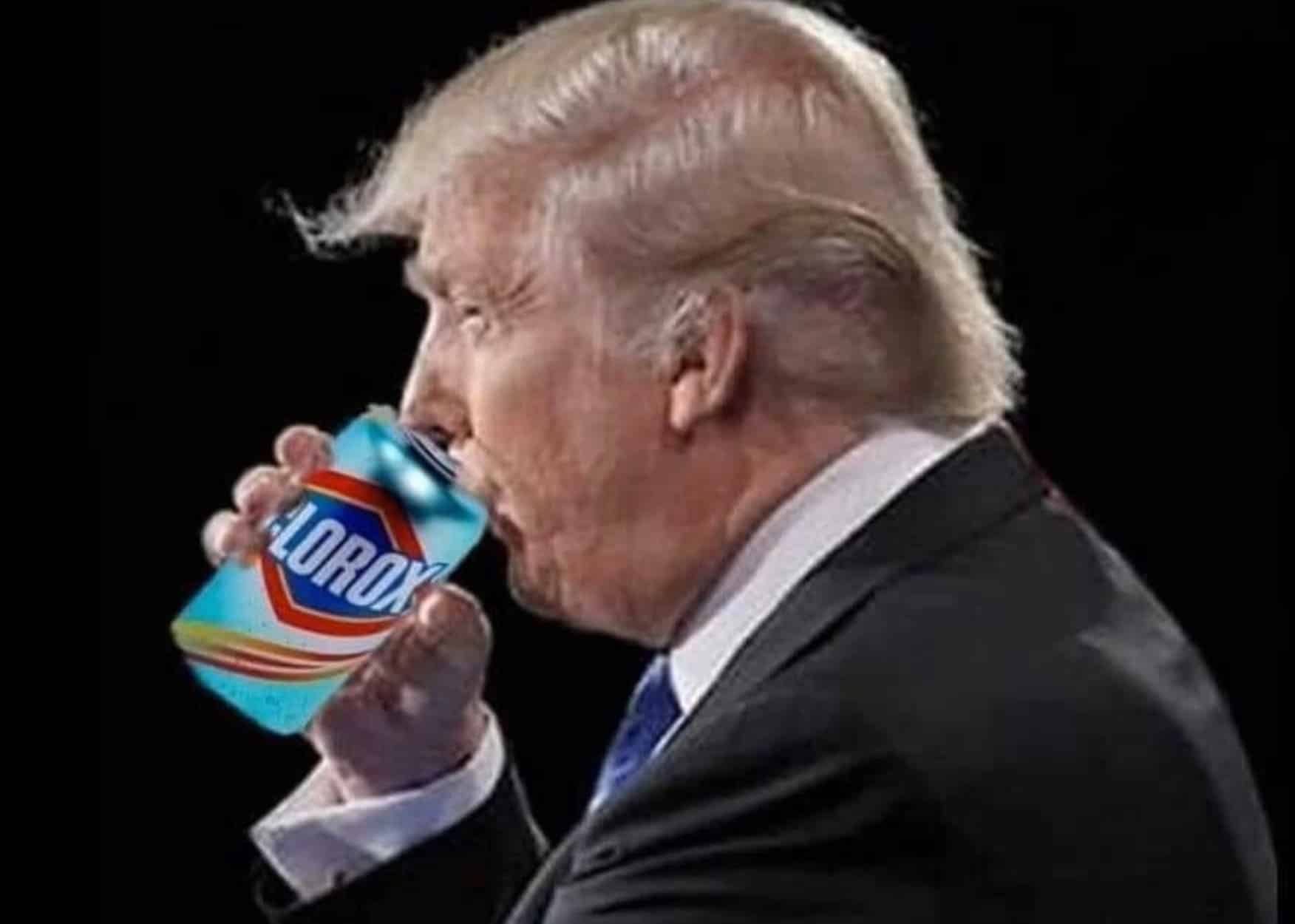 It was an email to Trump from Grenon that sent Trump on his bleach sucking breakdown.

Miami, Fl. – Federal prosecutors in Miami have charged four Florida residents who allegedly marketed “Miracle Mineral Solution,” a toxic bleach, as a cure for COVID-19, with conspiracy to defraud the United States, conspiracy to violate the Federal Food, Drug and Cosmetic Act, and criminal contempt.

Ariana Fajardo Orshan, U.S. Attorney for the Southern District of Florida, and Catherine Hermsen, Assistant Commissioner of the FDA’s Office of Criminal Investigations, made the announcement.

According to the affidavit, the Grenons claim that MMS can treat, prevent, and cure COVID-19.  The FDA, however, has not approved MMS for treatment of COVID-19, or for any other use.  Rather, in prior official warning statements, the FDA has strongly urged consumers not to purchase or use MMS, explaining that drinking MMS is the same as drinking bleach and can cause dangerous side effects, including severe vomiting, diarrhea, and life-threatening low blood pressure. See https://www.fda.gov/consumers/consumer-updates/danger-dont-drink-miracle-mineral-solution-or-similar-products.

The affidavit also alleges that, before marketing MMS as a cure for COVID-19, the Grenons marketed MMS as a miracle cure-all for dozens of other serious diseases and disorders, including cancer, Alzheimer’s, autism, multiple sclerosis, and HIV/AIDS, even though the FDA had not approved MMS for any use. The Grenons allegedly sold tens of thousands of bottles of MMS nationwide, including to consumers throughout South Florida. They sold this dangerous product under the guise of Genesis II Church of Health and Healing (“Genesis”), an entity they allegedly created in an attempt to avoid government regulation of MMS. According to the charging documents, Genesis’ own websites describe Genesis as a “non-religious church,” and Defendant Mark Grenon, the co-founder of Genesis, has repeatedly acknowledged that Genesis “has nothing to do with religion,” and that he founded Genesis to “legalize the use of MMS” and avoid “going [ ] to jail.”

In addition to charging these defendants with federal conspiracy, the complaint also charges the Grenons with criminal contempt. The United States previously filed a civil case against the defendants and Genesis II Church of Health and Healing. See United States v. Genesis II Church of Health and Healing, et al., Case No. 20-21601-CV-WILLIAMS. In that civil case, the United States obtained court orders halting the Grenons’ distribution of MMS. The criminal charges against the Grenons allege that they willfully violated these court orders. According to the complaint affidavit, the Grenons sent letters to the judge presiding over the civil case saying that they would not comply with the Court’s orders. The Grenons also threatened violence in the letters. The criminal complaint affidavit quotes from these letters.

“We continue to protect the public from criminal conduct that takes advantage of the COVID-19 pandemic,” said Ariana Fajardo Orshan, U.S. Attorney for the Southern District of Florida. “Not only is this MMS product toxic, but its distribution and use may prevent those who are sick from receiving the legitimate healthcare they need. A United States District Court already has ordered the defendants to stop distributing this product; we will not sit idly by as individuals purposefully violate Court orders and put the public in danger.”

“Making claims that unproven drugs, especially potentially dangerous and unapproved chlorine dioxide products, can cure or prevent COVID-19 or any other disease is unacceptable. The Genesis II Church of Health and Healing has actively and deliberately placed consumers at risk with their fraudulent Miracle Mineral Solution and Americans expect and deserve medical treatments that have been scientifically proven to be safe and effective,” said Catherine Hermsen, Assistant Commissioner of the FDA’s Office of Criminal Investigations. “We commend the efforts of our law enforcement partners for vigorously investigating this matter. The FDA will continue our efforts to make sure these and other like-minded sellers do not jeopardize the health of Americans during this pandemic and in the future.”

A criminal complaint is a charging instrument containing allegations.  A defendant is presumed innocent unless and until proven guilty in a court of law.

Related court documents and information may be found on the website of the District Court for the Southern District of Florida at www.flsd.uscourts.gov or at http://pacer.flsd.uscourts.gov, under case number 20-MJ-03050.