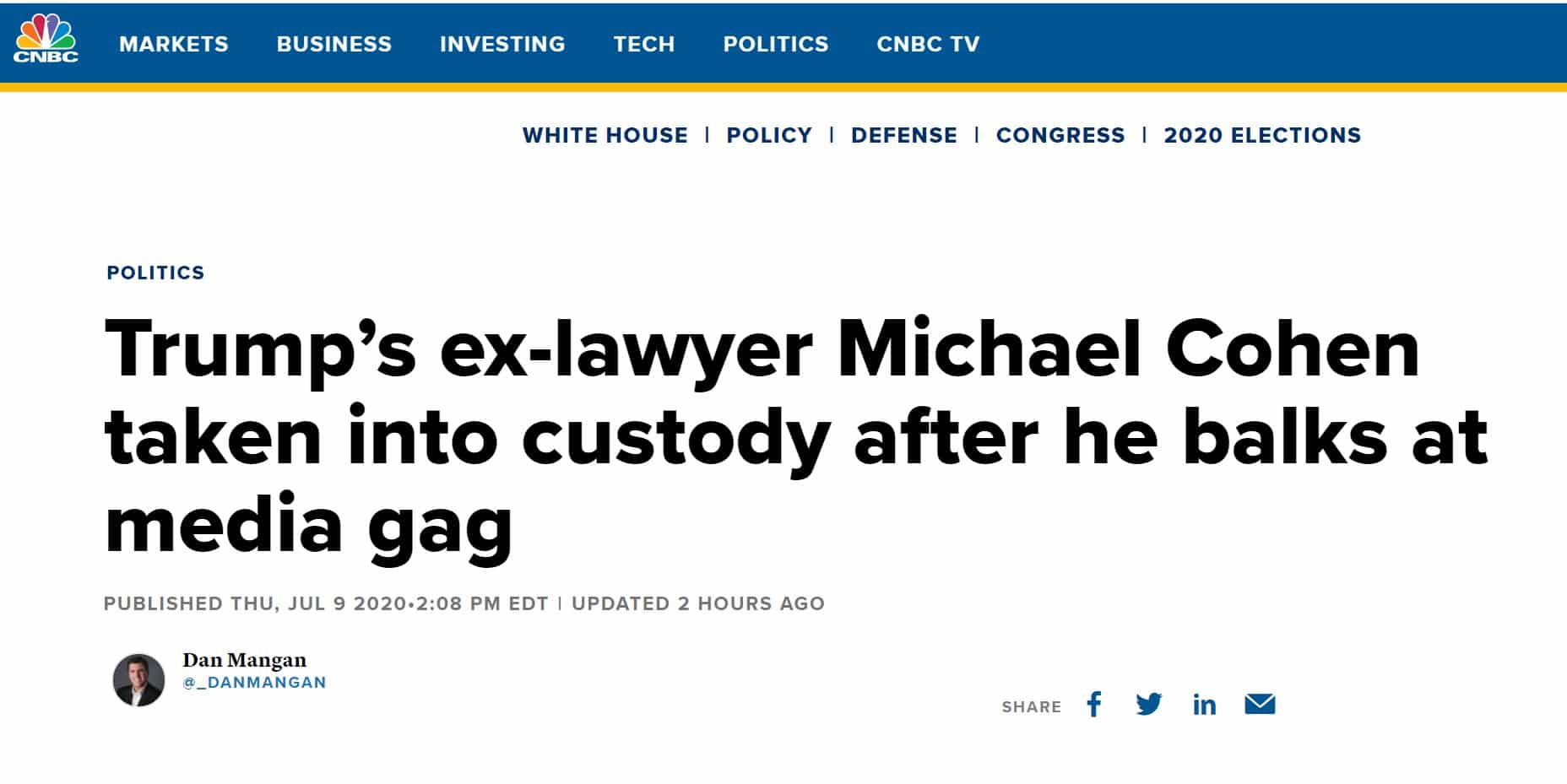 They’ve got Ghislaine Maxwell in the same place.  Is Barr going to tell us they ‘shanked’ each other???

Cohen was asked by press to verify what Mary Trump wrote about her sicko uncle and Cohen agreed to oblige.  We expect the same Israeli paid assassins that really killed Jeff Epstein to take out Cohen as well and do it very quickly.  We think we all deserve to hear what Cohen has before Trump has him murdered as he has with so many others, including 135,000 Americans.

Michael Cohen questioned the legitimacy of a gag order as a term of home confinement, and was immediately re-incarcerated.

This has Trump's and Barr's fingerprints all over it.https://t.co/VvIt5rPInL

SCOOP from @dfriedman33: The actual gag order prohibiting @MichaelCohen212 from writing a book. He refused to sign it, and after that apparently he was carted back to federal prison today. We don't know if that was the only reason for his return to prison. https://t.co/UextwwpF18

Both the Murdoch owned NY Post and Israeli owned Daily Beast are putting out fake stories.

Daily Beast: President Trump’s longtime personal lawyer Michael Cohen is back in custody less than two months after being released from federal prison to serve the rest of his three-year sentence from home over concerns he could contract the coronavirus while behind bars. Cohen’s attorney told MSNBC that he was remanded back into custody for violating his home confinement agreement and taken to the Metropolitan Detention Center after a Thursday hearing.

Ex-Trump lawyer Cohen behind bars again after dispute over gag order: Michael Cohen, U.S. President Donald Trump's former personal attorney, was taken to a federal jail on Thursday after refusing to agree to a gag order as a condition… https://t.co/XcSHvok010

A person familiar with the situation told The Daily Beast Cohen had gone to court to get fitted for his ankle bracelet and sign papers for home confinement and was not expecting to be taken back into custody. This comes days after he visited a New York City restaurant, which landed him on the cover of the New York Post.

Michael Cohen back in federal custody after he balks at gag order https://t.co/wY3H76RfIU

Cohen was convicted for his role in hush-money payments to women who said they’d had affairs with Trump.

Was 13 only, like in lawsuit: New Epstein accusers partially confirm accusations against Trump, rape and murder (update)

Blockbuster: The Secret Cohen Investigation, Why the Public Only Got “the Sideshow”