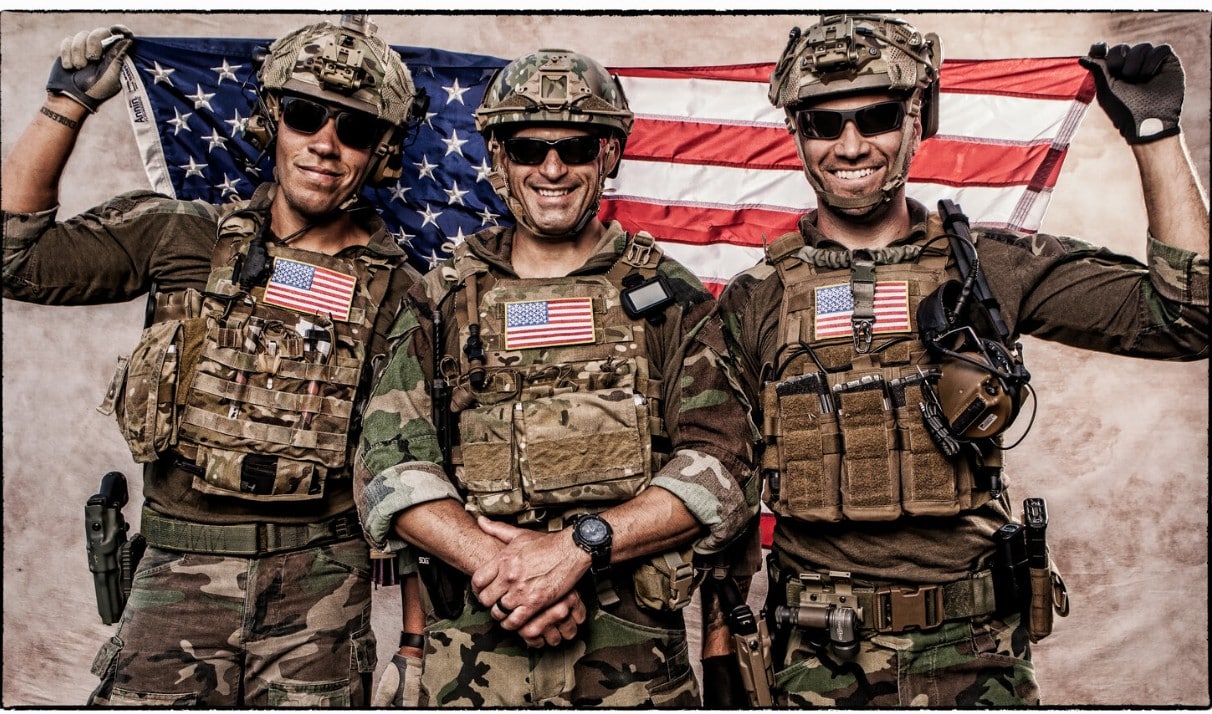 ABOUT THE SPECIAL OPERATIONS TEAM

Gunnery Sergeant Daniel Draher, Gunnery Sergeant Joshua Negron, and Chief Petty Officer Eric Gilmet were born to serve their country and their fellow man. Each has served over 18 years in the military, completed seven deployments, including multiple tours to both Iraq and Afghanistan, and have been awarded several decorations for honorable and distinguished service.

These Marines are also devoted to their loving wives, young children, and local communities.

On January 1, 2019, three highly decorated Special Operations Team members, two Marines and a Navy Hospital Corpsman (Medic), were assaulted by an inebriated civilian contractor while several of his colleagues watched.

When one of the Marines blocked the oncoming assault, the contractor fell and became unconscious. While his colleagues abandoned him at the scene, the Special-Ops team remained to assist.

The Medic provided medical attention and the team safely escorted the contractor back to base where he was placed under supervision due to his high level of intoxication.

When the contractor began to vomit and asphyxiate, the Special Operations team rushed to his aid, provided essential life-saving measures (CPR), and helped move him to a local medical facility for treatment.

The contractor was then transferred to a military hospital in Germany, where he died of complications from his intoxication four days later.

Due to internal pressures and a fear of public backlash, the Commanding General disregarded video evidence exonerating the three Special Operations team members and quickly referred the case to a General Court Martial with manslaughter charges.

Several supporters of the Marines and Corpsman were pressured to remain silent and prosecutors have made multiple attempts to secure gag orders to prevent the Special-Ops team from speaking with the media.

Internal communications quickly disseminated misinformation that eliminated the presumption of innocence and possibility of a fair trial in this case. The team is now asking for a formal investigation by the Department of Justice and need public support in their continuing fight for truth and justice.