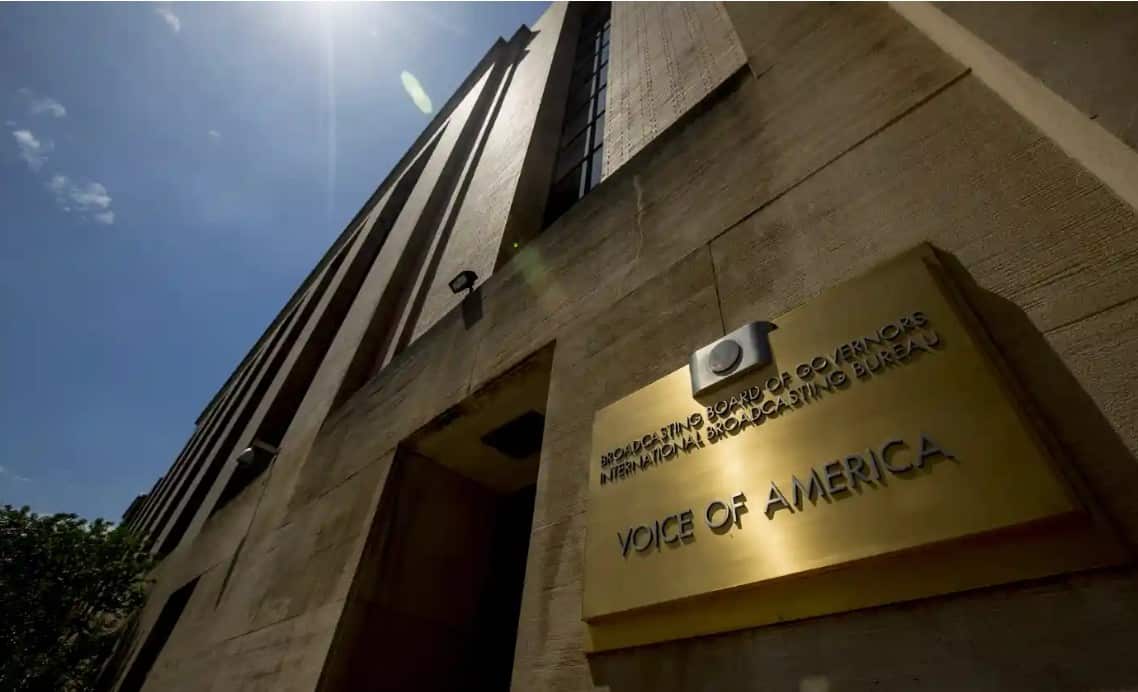 Guardian: Foreign journalists working for Voice of America will not have their visas renewed by its new management and face repatriation to countries where some could face reprisals, in a move described by a former news executive from the organisation as “enormously cruel and wildly inappropriate”.

BREAKING: Bipartisan Senate leadership rarely gets together on anything. But they have gotten together today to object to Trump’s attempt to take over Voice of America & turn it into a propaganda mill.

Here’s their letter, & the lawsuit to stop this outrage is also proceeding. pic.twitter.com/sMasuUSPUg

The denial of visa renewals follows a purge of executives and senior journalists from VOA and other state-run broadcasters under the authority of the US Agency for Global Media (USAGM) by its new Trump-appointed CEO, Michael Pack.

Pack fired all the station directors who had not already resigned, and dissolved the bipartisan managing boards of the broadcasting organisations, replacing them with himself and five other Trump loyalists.

Voice of America becomes voice of Trump || By: Seattle Times Editorial Board https://t.co/G8CvmQLRUk

Steve Capus, a former head of NBC News, was fired from his position as USAGM adviser and Steven Springer, a veteran journalist who had been in charge of upholding journalistic practices at VOA, was transferred to another advisory job and his post left vacant.

On Wednesday, it was reported that Pack had fired the former head of Radio Free Asia (RFA), Bay Fang, a highly experienced journalist who he had previously demoted to an editor’s job.

Readers React: Voice of America needs protection from Trump and his cronies https://t.co/zYIDsfsKXK

Dozens of foreign journalists who worked for VOA and its language services could be affected by the decision not to renew visas, which was first reported by National Public Radio. Among those who face repatriation are Chinese, Cambodian and Thai nationals.