Home Government NEO: US alone in its ‘Trade War’ on China 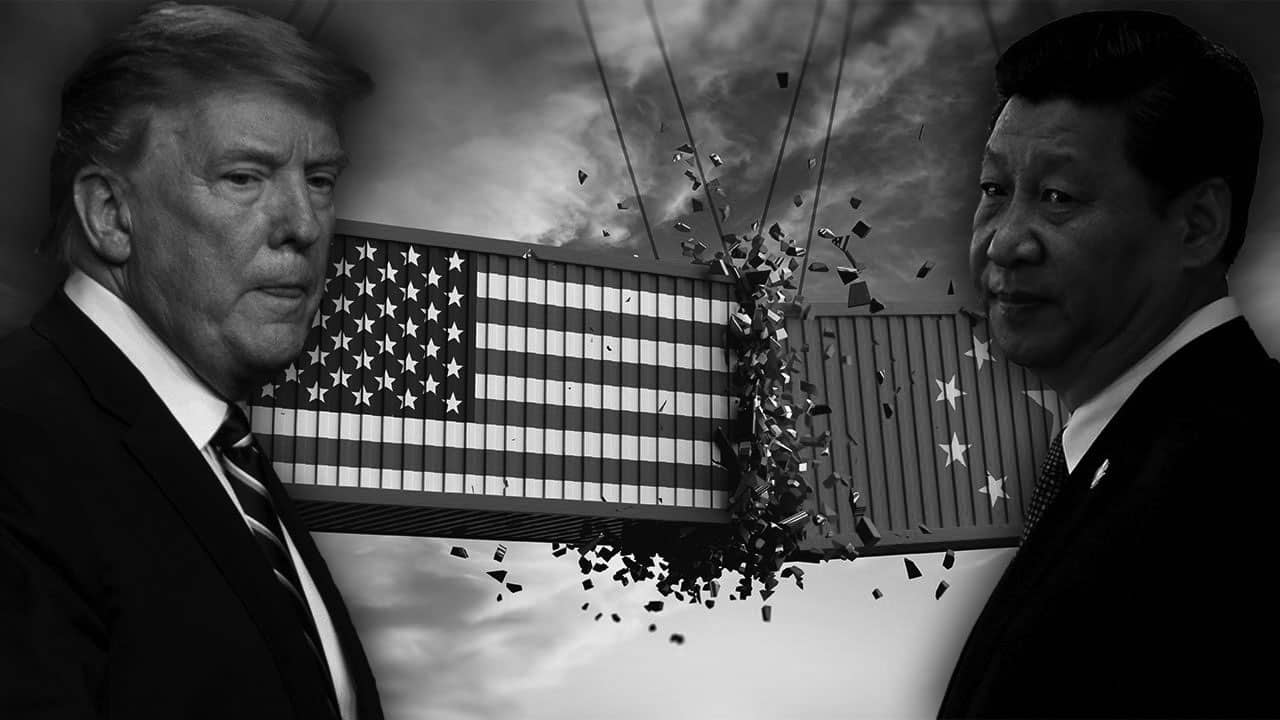 [ Editor’s Note: This current US-China international showdown is, in retrospect, an Alice in Wonderland story, much of it make-believe. It is a complex story that can only be understood from a beginning to an end perspective.

When China was an economic wreck, it was the US that opened up China for development. It was a classic case where one should be careful of what they wish for as they might get it.

Kissinger brought the deal for opening China to Nixon based on the US’ top double agent spy against the Soviet Union, Morris Childs, along with his brother Jack.

The FBI was able to recruit Morris after he had a bad heart attack and the Commies had written him off while in a New York hospital. A savvy FBI agent befriended him and paid for his medical bill.

Morris had been a founding member and became the Secretary of State of the Communist Party, USA. As such, he was a celebrity among the Politburo, where he was feted annually at the May Day events. He even attended Politburo meetings where he became a river of direct intelligence on the Soviet leadership.

It was Morris that proposed the idea that China’s fear of being dominated by Russia could be used as a lever to gain entry into China, by allowing China to think it was the controller playing Russia and the US off against each other.

It was a huge coup, and of course, Kissinger took all the credit for it until Morris’ FBI handler John Barron got permission to write a book (Operation Solo) about his years as Morris’ handler.

The operation was so secret that when Morris and his brother Jack got their Presidential medals of freedom from Reagan, it was at a non-public White House ceremony.

Consequently, US and Western investment flowed into China, where the Reagan Republicans were getting a double pump. They used the opening to offshore our manufacturing jobs to China, essentially killing the US unions and Democratic political power, and for a bonus had Red China using its US trade surplus to buy all the US debt for many years.

The NeoCons know that not one in a hundred Americans has any grasp of this history. So here we are with Japan wising up to not wanting to join the US-Trump Cold war against China and Russia, with the Japanese defense minister’s latest media bomb.

“The decision to buy this [Aegis] missile system was based upon a naïve understanding of the issues related to it”, said Japan’s minister.

Ouch! So now there will be no US land-based Aegis missile systems on the Japanese islands that would have state of the art surveillance of the waters around it, allowing the US Navy to have more naval superior forces in the South China sea area, with the north still well defended.

This dynamic may not change if Trump loses, as liberal Democrats have often wanted to use a tough guy foreign policy to protect against Republican charges of being weak on defense, which makes the defense contractors very happy… Jim W. Dean ]

With every day passing, it is becoming clear that the US-China trade deal will eventually unravel, paving the way for a long-term standoff, even if not a full-fledged ‘cold war’, between the two superpowers.

As recent remarks made by the US National Security Advisor (NSA), Robert O’Brien, showed, the US is planning ‘more steps’ to ‘correct’ its relations with China.

The series of steps, to quote him, “are just the start as America corrects 40 years of a one-sided, unfair relationship with China that has severely affected our nation’s economic and, recently, political well-being. Just like the tariffs that were imposed by the President on unfair trade practices early in his Administration, there is more to come.”

While the US has recently passed legislation that would allow it to sanction China, an important part of O’Brien’s definition of “more” is a US concerted effort towards convincing its allies all over the world to follow the US in its footsteps as far as their political and economic relations with China are concerned.

“Together with our allies and partners, we will resist the Chinese Communist Party’s efforts to manipulate our people and our governments, damage our economies, and undermine our sovereignty. The days of American passivity and naivety regarding the People’s Republic of China are over”, added O’Brien.

However, whereas the US is obviously heating things up, it is highly unlikely that the US will have many ‘allies and partners’ willing to join the US bandwagon. With every day passing, it is becoming evident that most of the traditional US allies are increasingly following independent policies.

This is especially true of Europe where China, despite the US’ persistent pressure on Europe to cut-off ties, continues to expand its economic reach, and in fact, is filing the gap being increasingly left by the US itself. Europe, obviously, does not mind establishing a relationship with the world’s currently least wounded, or the mots stable, economy.

Elsewhere in Asia, for instance, even an old US ally, Japan, is treading a different path. While conventional wisdom would have Japan on the US side and see it taking steps that would lock into the on-going ‘trade-war’, Japan’s recent steps indicate that its attempts are actually geared towards avoiding tense relations with China.

A week ago, an announcement made by the Japanese Defense Minister confirmed that Japan would cancel the purchase of a multi-billion-dollar ballistic missile defense system made by Lockheed Martin.

While this deal was close to the US president’s heart, the cancellation comes against an increasing realization within Japan about how a forward deployment of US missiles on its soil will put its complex and largely inter-dependent relations with China in serious jeopardy.

The decision to buy this [Aegis] missile system was based upon a “naïve understanding” of the issues related to it, said Japan’s minister.

Whereas the deployment of the Aegis Ashore missile system as a part of its strategic deployment in the Asia-Pacific region would have boosted the US capability to monitor China and Russia, Japan’s abrupt cancellation of the deal, particularly at a time when the Chinese were already showing their grave concerns about it, does strongly show that the US influence even on its traditional allies is decreasing fast.

Nothing better illustrates the decreasing US economic influence than the recent announcement by the member countries of The Regional Comprehensive Economic Partnership  (RCEP), confirming that the agreement will be signed in 2020.

RCEP, which is by far the world’s biggest trade pact, brings together the 10-member Association of Southeast Asian Nations (ASEAN), China, Japan, South Korea, Australia, and New Zealand. With US allies, including Japan and Australia, participating in a trade-pact involving China, the question of how and to what extent can the US really pull its allies in its trade war with China becomes crucial.

For the trump administration, this question holds two-fold significance. First, these key changes taking place are fundamentally different from Trump’s advocacy of bi-lateral trade arrangements. On the other hand, the increasing drive towards ‘regionalism’ is highly likely to push the US further away from the regional geopolitics.

Secondly, the fact that current US policies vis-à-vis China are deeply rooted in Trump’s re-election strategy is pushing the US allies more towards following rather long-term and consistent policies than merely following the US dictates and becoming embroiled in the US’ ‘new cold war.’

Therefore, while Trump’s portrayal of himself as ‘the toughest president on China’ may have some implications in the domestic political arena, he is obviously losing in the international arena—Europe Asia & Pacific region—where China’s acceptance as an economic partner is increasing. Even according to the leading US think-tanks, the EU has come to the conclusion that an economic partnership with China is both an opportunity and a necessity.

While there are obviously countries, such as Turkey, trying to present themselves to the US as its allies in establishing alternative sources of global supply chain independent of China, the ever-increasing pro-China global trend is too obvious to ignore.

Ironically enough, it is this very increasing acceptance of China that has, in the first place, forced the US to start a ‘trade war.’ The intent was and still is to destroy the Chinese economy and thus put a permanent end to the competition that the Asian giant is offering to the US’ unilateral domination.

However, as the fast-changing global scenario shows, Trump’s ‘trade war’ has backfired. Internationally, the US is losing allies. Domestically, the uncontrolled spread of COVID-19 has created economic havoc, adding to the losses the US has been suffering due to its ‘trade-war’ with China.

The US tariffs have produced no better results. On the contrary, China’s recent decision to stop buying agricultural goods from the US will bite Trump’s re-election even harder.