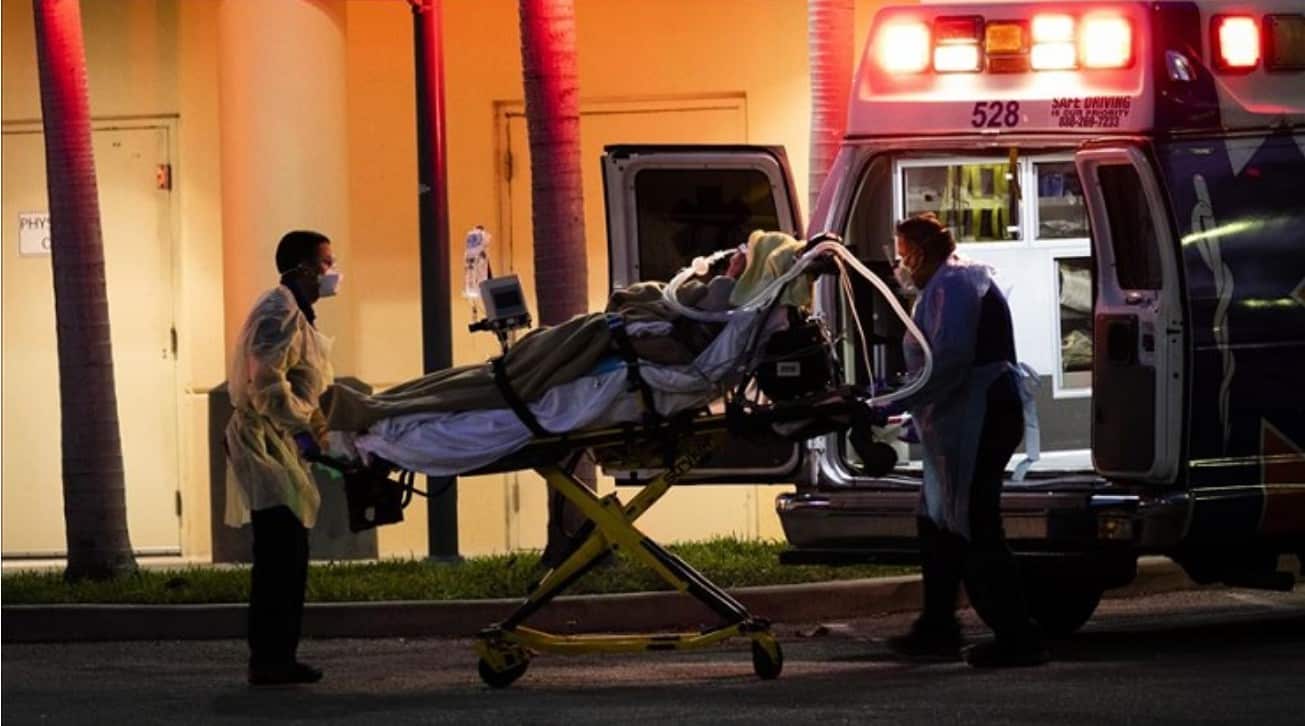 To an extent, the lies are orchestrated, or so intelligence analysts report, but do so behind closed doors only.

Even writing about this can be harrowing as “too much truth” can be fatal.

A dozen or more highly qualified immunologists in the US and Britain, each with front line experience treating COVID 19 patients, regularly report to their peers and interested others on trends and treatments.

For those who have little faith in medicine, these highly technical presentations have shown dedication to truth and courage. What they report to colleagues differs vastly from what is reported to the public, shockingly so. Some of the data we use comes from briefings exclusively for medical professionals or from confidential communications with those on the medical “front lines.”

So, we will start with some assertions that support what we will develop here as a hypothesis.

Only two English language publications cover the story, and both are regularly attacked by Google Corporation, Facebook and intelligence agency funded fake news fronts and they are SouthFront and Veterans Today.

A SouthFront article on US bioweapons facilities secretly located in 25 nations brought about a whirlwind of attacks on that publication as did the exposure by Veterans Today’s Jeffrey Silverman of the US secret bio-warfare program in the Republic of Georgia. From SouthFront, a 2018 article by Dilyana Gaytandzhieva, a Bulgarian investigative journalist.

“The US Army regularly produces deadly viruses, bacteria and toxins in direct violation of the UN Convention on the prohibition of Biological Weapons. Hundreds of thousands of unwitting people are systematically exposed to dangerous pathogens and other incurable diseases.

Bio warfare scientists using diplomatic cover test man-made viruses at Pentagon bio laboratories in 25 countries across the world. These US bio-laboratories are funded by the Defense Threat Reduction Agency (DTRA) under a $ 2.1 billion military program– Cooperative Biological Engagement Program (CBEP), and are located in former Soviet Union countries such as Georgia and Ukraine, the Middle East, South East Asia and Africa.

The US Army has been deployed to Vaziani Military Air Base, 17 km away from the Pentagon bio-laboratory at The Lugar Center.

Georgia is a testing ground for bioweapons

The Lugar Center is the Pentagon bio laboratory in Georgia. It is located just 17 km away from the US Vaziani military airbase in the capital Tbilisi. Tasked with the military program are biologists from the US Army Medical Research Unit-Georgia (USAMRU-G) along with private contractors. The Bio-safety Level 3 Laboratory is accessible only to US citizens with security clearance. They are accorded diplomatic immunity under the 2002 US-Georgia Agreement on defense cooperation.

The USA-Georgia agreement accords diplomatic status to the US military and civilian personnel (including diplomatic vehicles), working on the Pentagon program in Georgia.

Information obtained from the US federal contracts registry clarifies some of the military activities at The Lugar Center – among them research on bio- agents (anthrax, tularemia) and viral diseases (e.g. Crimean-Congo Hemorrhagic Fever), and the collection of biological samples for future experiments.

The Defense Threat Reduction Agency (DTRA) has outsourced much of the work under the military program to private companies, which are not held accountable to Congress, and which can operate more freely and move around the rule of law.

US civilian personnel performing work at The Lugar Center have also been given diplomatic immunity, although they are not diplomats. Hence, private companies can perform work, under diplomatic cover, for the US government without being under the direct control of the host state – in this case the Republic of Georgia. This practice is often used by the CIA to provide cover for its agents.”

Without exhausting one’s self, it is relatively easy to trip over nuclear, biological, or chemical warfare programs. Moreover, it is just as easy to find evidence of the use of these materials and to locate the trail of deception through the EU and NATO funded propaganda agencies and their paid surrogates who are the mainstream media.

To go a bit further, COVID 19 is not the first mysterious pandemic, just the most successful and, as we have demonstrated, the easiest to trace to its bio-weapon origins.

We have gone this far, but there is more to tell, there are more secrets still, so many more.

This leads us to a story, one that can only partially be told. On Tuesday, June 30, 2020 at 4:20 PM (Greenwich +1), a mysterious delegation arrived at the US Embassy in Vienna, Austria. They carried a letter from a foreign leader from a nation considered by Trump to be hostile to the United States and a 102-page document.

That letter was addressed to Donald Trump, President of the United States.

The letter asked for backchannel talks and the accompanying document was something quite different, outlining experimental technologies using nanoparticle infused gaseous vapors to control COVID 19, not only in cleaning the environment but in patient treatments as well.

Photos and video of production and treatment facilities in two nations, China is one of them, were provided as evidence. This author has had limited access to portions of this material as allowed.

We bring this final issue to light, at some risk, to demonstrate that there is decency and goodwill out there but also that evil also exists.

What comes of this effort may well never be known, sadly.

Those that lie, whether about drugs, or masks and social distancing denialists, those who claim the dead are actors or, as with Trump, the need to politicize and blame China.

Behind this, COVID 19 has become a racket, the usable drugs, which are few, are now tightly controlled and their price has increased astronomically. Meanwhile the endless billions paid out to victims by the US government has been largely channeled to political friends, country club owners, hedge fund managers and the billionaires who have grown fat from market manipulation.

Inexorable evidence exists, overwhelming evidence, that COVID 19 may well have been, as with 9/11 and the Global War on Terror, not so much an event or “challenge” but rather a “business ploy.”

The unasked questions? We can guess who made it, evidence is overwhelming that an American financed bioweapons lab made COVID 19.

Was it released by accident? Why are there so many strains, currently 20 or more? Why has it morphed into a neurological destroyer? Why does it target certain racial and ethnic groups?

Americans do not really know who is dying. They are told it is the old or infirm, but media stories vary and so many young are now being infected.

Is a secret cure out there, one the US will not use because Trump would rather see hundreds of thousands die before turning to nations he has tried to destroy?