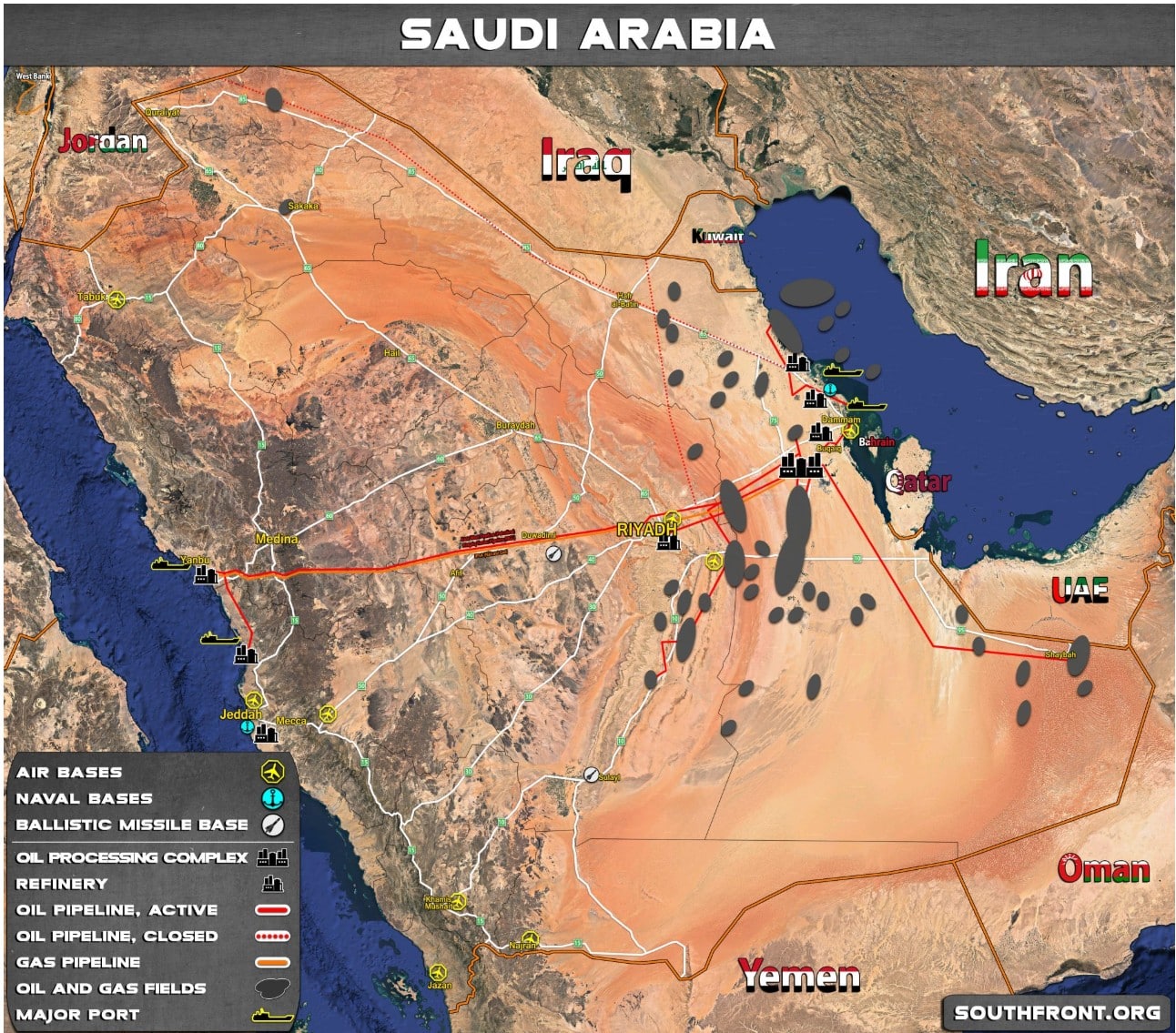 On July 13, the Yemeni Armed Forces (the branch loyal to the Houthis) announced that they had conducted a massive missile and drone attack on targets inside Saudi Arabia.

According to the spokesman for the Yemeni military, Brigadier General Yahya Sari, missile and drone strikes hit warplanes’ shelters, the housing complex for pilots and Patriot missile systems in Khamis Mushait, as well as military targets at the airports of Abha, Jizan and Najran. He added that the strikes also hit the oil facility in the industrial zone in Jizan.

Additionally, the Yemeni struck the Saudi-operated Tadawin camp in the Yemeni province of Marib during the meeting between Saudi officers and leaders of Saudi-backed forces. Dozens members of Saudi-led forces were killed and injured in the attack, according to Brigadier General Sari.

The Houthis also warned that they will continue their strikes on Saudi Arabia till the end of the Saudi-led blockade of Yemen. This is the second Houthi strike on targets in Saudi Arabia in less than a month. On June 23, their forces carried launched missiles and drones at military targets near the Saudi capital of Riyadh.

Commenting on the July 13 incident, the Saudi military claimed in two statements that it had intercepted 8 “booby-trapped” drones and four ballistic missiles launched towards Saudi Arabia.

“Coalition forces intercepted and destroyed four ballistic missiles, and seven drones launched by the Houthis towards Saudi Arabia,” Col. Turki al-Maliki said in the first one.

In another statement, the coalition spokesman announced “the interception and destruction of a [booby-trapped] drone, launched by the Houthis from Sanaa towards the kingdom.”

The coalition often denies any losses or casualties as a result of Houthi strikes and works to censor data appeariing through social media networks. However, taking into account results of the previous strikes, it’s likely that at least a part of missiles and drones hit their targets. It will be ironic if they were able to destroy some Patriot missiles systems operated by Saudi Arabia.