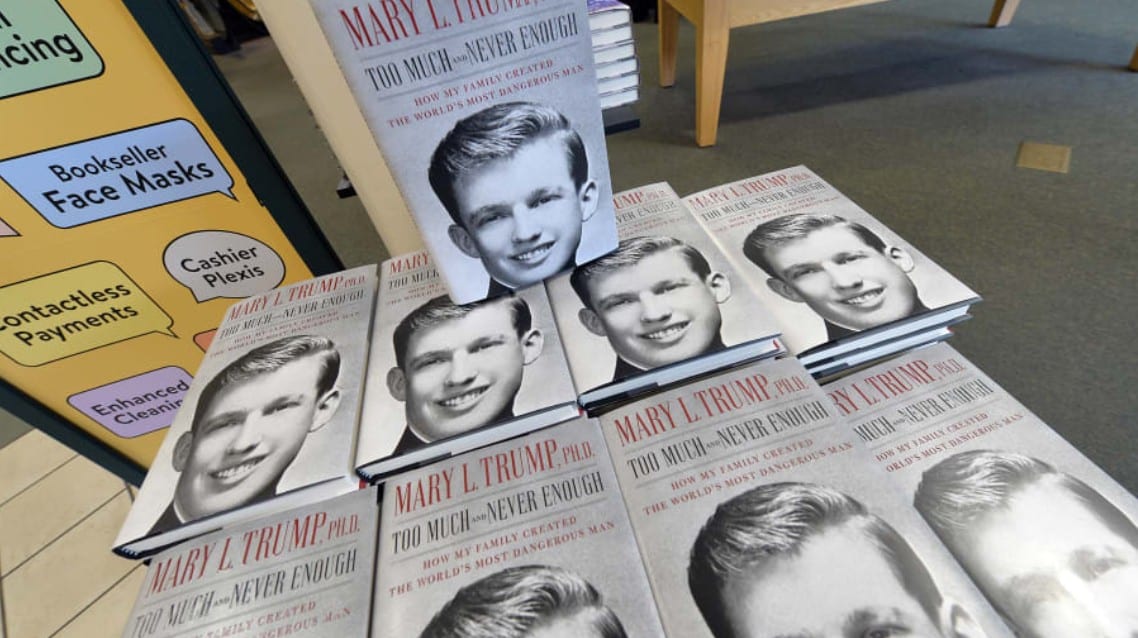 #MaryTrump has written a riveting insider account of how the odious current inhabitant of the WH got so twisted.. Just the scene where young Freddy, her father, dumps a bowl of mashed potatoes on young Don's head because he is being so obnoxious, is worth the price of the book.

Daily Beast: Mary Trump, whose book about her uncle the president went on sale Tuesday, is giving her first public interviews—telling ABC News that she thinks he should step down.

Where are my fangs?

In a sit-down with George Stephanopoulos, Mary recalls meeting with her uncle in the White House four months into his term and telling him not to let his critics get him down.

She says he is "ignorant" and "incapable" and "lost in his own delusional spin."

She says he "knows he has never been loved."

She says his reelection "would be the end of American democracy." https://t.co/3gfQ7RYnSH

“He already seemed very strained by the pressures,” she said.

“I didn’t mean I want you to keep doing what you’re doing and get away with it… I just remember thinking he seems tired—this is not what he signed up for.” Stephanopoulos asked what she would say if she was face-to-face with President Trump now, and she replied: “Resign.”

I find this passage in Mary Trump’s book telling: When family finds out that Donald has tried to get his demented father to sign a codicil to his will which would have put him entirely in charge of his father’s estate, his sister, Maryanne says, “We would have been penniless.” 1/

The Daily Beast was the first to report that Mary Trump was publishing a tell-all about the president. His brother has been trying to stop publication of the book, arguing that a non-disclosure agreement that was part of an estate dispute stops her from telling her story, but a judge freed her from the gag order on Monday.

Speaking about her influential uncle for the first time since the publication of her explosive new book, Mary Trump tells me in an exclusive interview her message for the president: “Resign.” https://t.co/Gs8ZtOT1LT