Home Life Book Review: What We Inherit: A Secret War and a Family’s Search... 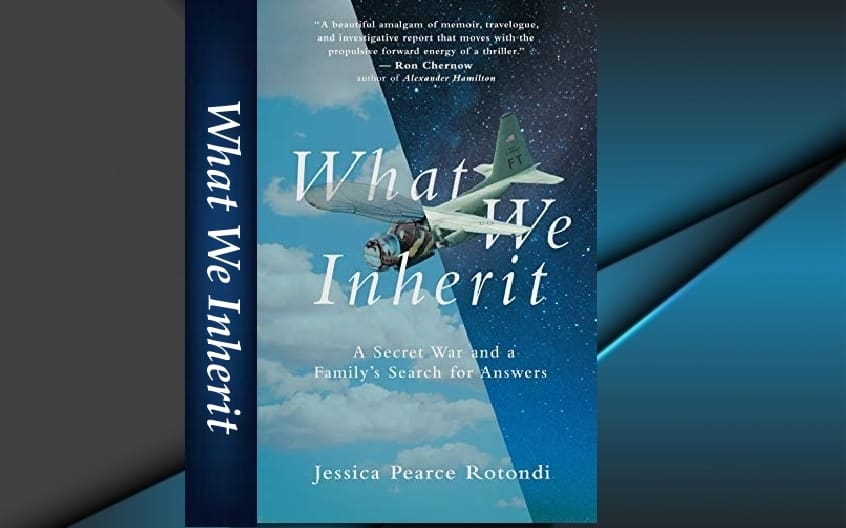 What We Inherit: A Secret War and a Family’s Search for Answers, Jessica Pearce Rotondi, ISBN:9781951213077. The Unnamed Press Book.

In the wake of her mother’s death, Jessica Pearce Rotondi uncovers boxes of letters, declassified CIA reports, and newspaper clippings that bring to light a family ghost: her uncle Jack, who disappeared during the CIA-led “Secret War” in Laos in 1972. The letters lead her across Southeast Asia in search of the truth that has eluded her family for decades. What she discovers takes her closer to the mother she lost and the mysteries of a secret war that changed the rules of engagement forever. 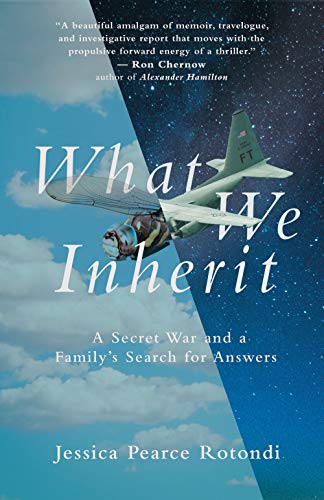 In 1943, 19-year-old Edwin Pearce jumps from a burning B-17 bomber over Germany. Missing in action for months, his parents finally learn he is a prisoner of war in Stalag 17. Ed survives nearly three years in prison camp and a march across the Alps before returning home.

Ed’s eldest son and namesake, Edwin “Jack,” follows his father into the Air Force. But on the night of March 29, 1972, Jack’s plane vanishes over the mountains bordering Vietnam and Ed’s past comes roaring into the present.

In 2009, Ed’s granddaughter, Jessica Pearce Rotondi, is grieving her mother’s death when she stumbles across declassified CIA documents, letters, and maps that reveal her family’s decades-long search for Jack. What We Inherit is Rotondi’s story of her own hunt for answers as she retraces her grandfather’s 1973 path across Southeast Asia in search of his son.

An excavation of inherited trauma on a personal and national scale, What We Inherit reveals the power of a father’s refusal to be silenced and a daughter’s quest to rediscover her voice in the wake of loss. As Rotondi nears the last known place Jack was seen alive, she grows closer to understanding the mystery that has haunted her family for generations―and the destructive impact of a family secret so big it encompassed an entire war.

About the Author: Jessica Pearce Rotondi is a writer and editor based in Brooklyn. Her work has appeared in Vogue, The History Channel, Reader’s Digest, Salon, The Huffington Post, and Refinery 29. Previously, she was Senior Lifestyle Editor at The Huffington Post and a staff member at the PEN American Center, the world’s oldest literary human rights organization. Her first job in New York City was as a book publicist at St. Martin’s Press, where she had a “room of her own” in the Flatiron Building to fill with books. Jessica grew up in New England and is a graduate of Brown University. This is her first book.