[ Editor’s Note: This comes as a surprise to see over a hundred French lawmakers do this, as France is under Israeli Lobby pressure on the scale of the US. The “Lobby,” which some claim works closely with Israeli intelligence, has pushed for anti-BDS laws to use foreign courts to punish their political opponents.

I cannot imagine any anti-BDS law the US Congress would not pass in a heartbeat, nor can I imagine a Congressional staff whistleblower coming forward to spotlight how American values of free speech get trampled when the Lobby turns the screws.

The French case follows an EU high court decision that overturned a conviction of French BDS people, yes, a criminal case, and I found this in an Israeli publication of all places, Israel Hayom on June 12, 2020:

The European Court of Human Rights ruled Thursday that France violated the freedom of expression of pro-Palestinian activists who were convicted for campaigning against Israeli goods. 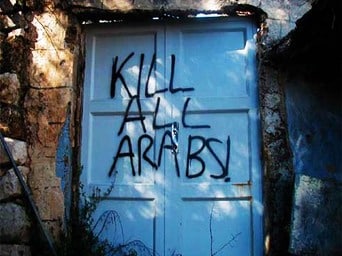 “The court ordered the French government to pay €101,000 ($115,000) in overall damages to a group of 11 activists. The global Boycott, Divestment and Sanctions movement hailed the court’s decision as a major victory.

The European Court of Human Rights ruled Thursday that France violated the freedom of expression of pro-Palestinian activists who were convicted for campaigning against Israeli goods. The court ordered the French government to pay €101,000 ($115,000) in overall damages to a group of 11 activists. The global Boycott, Divestment and Sanctions movement hailed the court’s decision as a major victory.”

We are also seeing a counteroffensive to recognize Palestine as a State. With all the pain and suffering going on in the EU with the Covid and economic situation, Europeans might finally get some backbone to push back on the “Israel firsters”, and by that I mean what they want ALWAYS comes first at the table.

Israel is also watching Trump’s reelection chances slip under a dark cloud, with the caveat that it’s not over until the fat lady sings. We will cross our fingers that, if Biden gets in, he does not become a Democratic Trump, as he supported Obama in the JCPOA initiative … Jim W. Dean ]

More than 100 French lawmakers from all political trends have urged President Emmanuel Macron to recognize the State of Palestine, and to impose ‘international sanctions’ against Israel’s annexation project.

“Faced with this imminent threat, we call for recognition by the 27 member states of the European Union of the State of Palestine. Otherwise, this recognition should be done unilaterally by France,” the lawmakers said in a recent column published in the French daily Le Monde.

Israeli Prime Minister Benjamin Netanyahu had set July 1 as the date for the start of cabinet discussions on the annexation plan. But those discussions did not begin, amid openly expressed differences between Netanyahu and key members of his cabinet.

Netanyahu has been driven ahead by President Donald Trump of the United States, who unveiled a ‘plan’ for West Asia in January that effectively sidelines the Palestinians.

“We need a strong mobilization in the face of this dangerous project, for the Palestinians, for Israel and for peace in the Middle East,” said French lawmaker Hubert Julien-Laferrière, a member of Macron’s En Marche party, during a news conference this week.

“Today, the status quo is no longer possible, the future state of Palestine is becoming a Bantustan,” he said, referring to a territory that the former South African apartheid regime set aside for black inhabitants of South Africa and southwest Africa.

“It is necessary,” the French lawmaker added, “like more than a hundred countries in the world and a dozen countries” in Europe, for the State of Palestine to be recognized because “colonization is prohibited by international law, even if this is not the first violation of international law by Israel.”

The Palestinians have dismissed Trump’s plan altogether because it meets almost none of their long-held demands for statehood.

The Palestinians want the occupied West Bank as part of a future independent Palestinian state with East Jerusalem al-Quds as its capital. Trump’s plan envisions Jerusalem al-Quds as “Israel’s undivided capital” and allows the Tel Aviv regime to annex settlements in the occupied West Bank and the Jordan Valley. The plan also denies Palestinian refugees the right of return to their homeland, among other controversial terms.

The United Nations, the European Union and key Arab countries have all said the West Bank annexation would violate international law and undermine the prospects of establishing a sovereign Palestinian state on the 1967 boundaries.