It’s also why 140,000 Americans are dead and why America is drowning.

Snopes.com: “Epstein stated that he introduced Donald Trump in 1998 to his future wife Melania”

Editor’s note: We have confirmed that Jeffrey Epstein owned a modeling agency where he brought girls in from Slovenia to be used to seduce and blackmail wealthy and powerful men, according to a new MSM story, on behalf of Israeli intelligence. 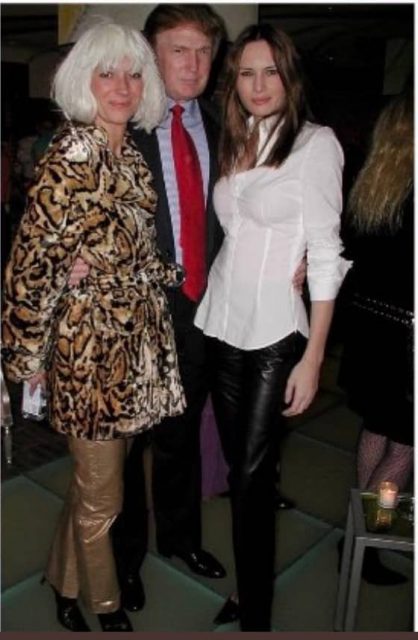 Some believe that Melania "worked" for Epstein and that is how she & Donny met. Did Donny have to pay Jeffrey a release fee? Blackmail was one of Epstein's big income streams apparently. Grifters just find each other don't they Roger Stone.

I heard Roger Stone is celebrating you commuting him by having a “swingers” party for his wife, you know like the ones he used to have at the Capital Couples Club in DC. Will you and Melania be joining in on the fun now that Epstein is gone? Just think it’ll be like old times!

So did Epstein sleep with Melania back in the day? How did trump get setup with her?

We also know that it was Jeffrey Epstein that introduced Melania to Donald, something confirmed in the MSM story below.  Are those things connected? 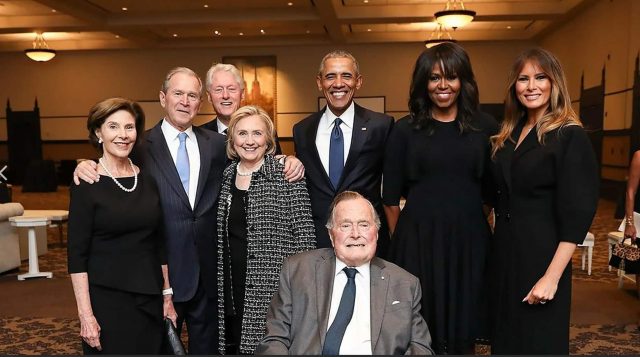 The truth is both Donald Trump and Melania Knauss were involved with Jeffrey Epstein and Ghislaine Maxwell. https://t.co/wzVgzCRWCn

Gotta wonder if Rick Wiles will keep getting White House press credentials now that he's alleging that Ghislaine Maxwell "brokered the sale" of Melania to Donald Trump on behalf of Jeffrey Epstein. pic.twitter.com/OCnrtREnYv

Connecting “dots” or more than dots, much more, involving Trump, Epstein and Israeli control of Trump can and we believe has been fatal.

Our people like Melania, say she hates Donald.  Imagine that!

We aren’t saying that Melania, who is from Slovenia and came to the US as a model, with a history of questionable films, a history erased by plastic surgery and extremely aggressive action in her home country….

We aren’t saying that at all but we are saying that the Maxwell/Epstein organization was a Mossad operation, which is confirmed here, based on statements during Acosta’s confirmation hearings.  From the Daily Beast:

“Is the Epstein case going to cause a problem [for confirmation hearings]?” Acosta had been asked. Acosta had explained, breezily, apparently, that back in the day he’d had just one meeting on the Epstein case. He’d cut the non-prosecution deal with one of Epstein’s attorneys because he had “been told” to back off, that Epstein was above his pay grade. “I was told Epstein ‘belonged to intelligence’ and to leave it alone,” he told his interviewers in the Trump transition, who evidently thought that was a sufficient answer and went ahead and hired Acosta. (The Labor Department had no comment when asked about this.)

By “intelligence,” they meant “Israeli intelligence,” of course.  What they forgot to mention is that his target was the United States.

Tidbit—
Epstein’s personal little black book, which was leaked by an employee in 2009, contained 14 phone numbers for Trump, his wife, Melania, and several people who worked for himhttps://t.co/3PHxcnpmFV

Maxwell came from a Mossad family, they murdered her father in 1991 for trying to blackmail them.  We could never find what Epstein actually did for a living and we looked really hard.  We start with him leaving college without a degree and getting a teaching job from current Attorney General William Barr’s father at an exclusive school…though he had no degree, teaching experience, certification…and was even then an extreme risk at the Dalton School, one awash with sex abuse intrigues.

Then comes Les Wexner…and we begin seeing the moves toward 9/11, war with Iraq and an economic collapse in 2008….but this story is from today’s Daily Beast:

“Donald Trump once hosted a party with a guest list made up of just himself, Jeffrey Epstein, and “28 girls,” according to The New York Times, and ignored an organizer’s warning about Epstein’s conduct. The “calendar girl” event is reported to have taken place at Trump’s Mar-a-Lago in 1992.

George Houraney, who ran American Dream Enterprise, claimed in an interview that he organized the event after a request from Trump. “I arranged to have some contestants fly in,” said Houraney. “At the very first party, I said, ‘Who’s coming tonight? I have 28 girls coming.’ It was him and Epstein.” Houraney added that he warned Trump about his friend’s conduct, recalling: “I said, ‘Look, Donald, I know Jeff really well, I can’t have him going after younger girls.’… He said, ‘Look I’m putting my name on this. I wouldn’t put my name on it and have a scandal.’” The Times report also claims Epstein has told people since the election that he was the one who introduced the president to his third wife, first lady Melania Trump. The White House didn’t respond to the newspaper’s request for comment.” 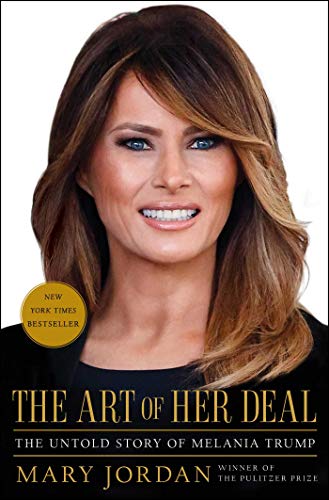 SOURCETheDailyBeast.com
ATTENTION READERS
Due to the nature of independent content, VT cannot guarantee content validity.
We ask you to Read Our Content Policy so a clear comprehension of VT's independent non-censored media is understood and given its proper place in the world of news, opinion and media.