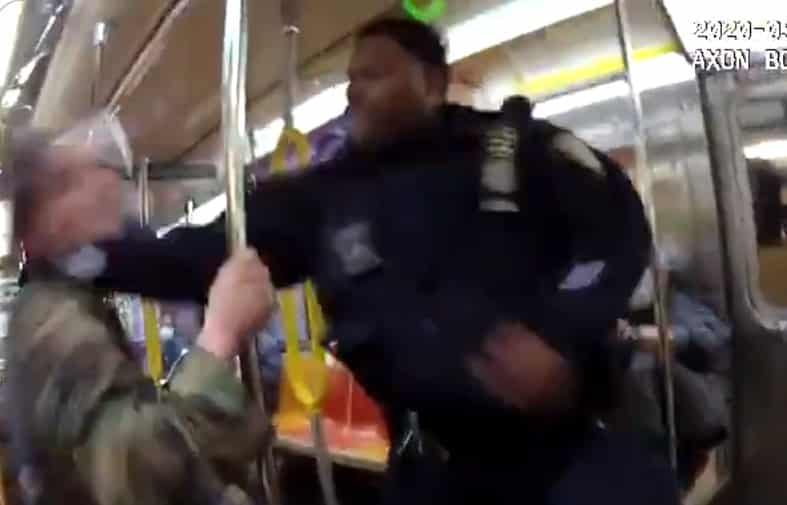 VT: The US has been plagued with violence since like forever.  It was those damned Indians first, thieving savages every single one of them but we wiped them out by the millions.  It was the Italian gangsters and their Jewish gangster bosses, then we invited the Russian Jewish gangsters in and then we have the real gangsters in Congress and the con man in the White House.

What police have done is push, through their incompetence and criminality, the American people to arm themselves, something VT is a part of.  Americans are armed, first against police and then against the army of monsters we have roaming this nation, of all colors and ethnicity, fueled by drugs, fed by the CIA and ignored by law enforcement who are their partners.

Oh, and we now have one more gang, the blue one, the one we pay billions and billions and billions to help us, and some of them do but so many don’t, more than a million criminal cops in the US, many trained by the brutal regime in Israel, now occupying the US and answerable only to some of the rich, who have the power to stand up to them.

We did it to ourselves.  The case below we have written of before.

As an aside I am going to discuss one case, this one is current in appeals, from Waseon County, Ohio.  It involved a young white mother from Toledo that was involved in a head-on collision on Route 20, a rural road infamous for blind hills and speeding.

The cars involved had black box recorders that log steering, braking, speed, that can be fed into a computer where advanced software has, for many years, produced “every angle” full physics animations.

These animations aren’t used in the US, it is pretended they don’t exist?  Why?  You can’t sell a crooked accident investigation when technology makes lying impossible.  This is the equivalent of banning camera phones and why in Europe dash cams are the norm.

Keeping this short, this is what my investigation on the police investigation showed, one which used the resources of Adamas Aerospace:

This is an area where opioid and meth sales/production are totally open, where heroin is sold on every playground, this is small town America, and we find town after town, city after city, that is exactly the same.

Making this worse, the local media, both print and “TV,” rubber stamp corruption.  They are, in many if not most cases, the worst of all.  They fuel the rush to justice, they publish and embellish police lies and they so often persecute the innocent as well, victimizing the real victims.

Now, from the Guardian:

Guardian: When asked in a recent CBS News interview why African Americans are still dying at the hand of law enforcement, Donald Trump replied: “So are white people.” Barely unable to contain his disdain – punctuated by telling interviewer Catherine Herridge, “What a terrible question to ask” – he added that even more white people are killed by police.  See how Trump is right, how police need to be disbanded:

BREAKING: Manhattan DA Cy Vance has dropped felony assault charges against Joseph, the man shown being beaten up by a police officer in this video.

But he's still prosecuting him for resisting arrest.

And he hasn't charged the cop.

At the height of Black Lives Matter protests in New York City, the police were repeatedly filmed using force against peaceful protesters.

We reviewed more than 60 videos. In many, force did not appear warranted. This thread contains scenes of violence. https://t.co/H2zSIgal8Q

From the Detroit News:

“Wayne County Prosecutor Kym Worthy plans to regularly release to the public the names of police officers who are unable to testify in court cases because they were found guilty of being untruthful.

The first list of names is expected to be released later this week, and Worthy said Wednesday she will release updated lists quarterly to allow the public to identify untruthful officers in Wayne County’s 43 police departments and Sheriff’s Office.

Worthy’s decision comes amid demands for more police transparency in the wake of the May 25 choking death of George Floyd by a Minneapolis police officer, which has sparked demonstrations and calls for law enforcement reforms in cities across the country.

Cops who have been found guilty of lying are called “Giglio-impaired” after Giglio v. United States, a case in which the U.S. Supreme Court granted a man a new trial because prosecutors didn’t inform the defense about a deal they’d negotiated with a witness not to prosecute him in exchange for his testimony.”

This is what the Portland Police used as the justification to declare a riot and deploy horrendous violence against a crowd. A cop knocked a protester's phone into the window of the Police Union building, breaking its window. https://t.co/Ie4mwog1JM

The obvious distinction is that police kill Black men and women at disproportionate rates, ranging from 2.5-3 times more often than white Americans, according to numerous reports. More importantly, Trump’s assertion doesn’t undermine Black Lives Matter and arguments for police abolition the way he and his rightwing allies believe. If anything, he made the case for them. And to be fair, from the UK:

#JAILED | Five men have been jailed after gang violence broke out at a busy shopping centre.

Violence flared when two rival groups bumped into each other at the Nike shop at Resorts World.

Watch what happened next ⬇️

Asked why African Americans are still dying at the hands of law enforcement in the United States, President Trump told the interviewer she had asked a "terrible question" https://t.co/cs9V4p3Wpz

The primary argument of prominent Black Lives Matter protesters is that Black people should be the center of conversations about policing because they are killed at higher rates due to systemic injustices, white supremacy inherent to the police state, and implicit anti-Black bias among officers. The rate of these killings, and the delayed consequences, if there are any, reveals that Black lives are not treated as equally as white lives in this country.

The abolitionist argument goes a step further, arguing that we should abolish the police altogether, because the police cannot be reformed. Their fundamental purpose is controlling people and communities through violent means, and policing funds can be better allocated to social services and proven interventions that prevent crime.

The next thing you know, President Trump will be standing in front of a church waving a Bible in the air while uniformed federal police with guns, tear gas peaceful protestors outside the White House. @mitchellreports https://t.co/B25TJpHjO0

Trump, naturally, did not raise any of these arguments and counter them. He did not actually dispute that police kill Black people. He essentially said: “Even more people are killed than we talk about! Gotcha!” Thanks, Trump, that’s the point!  read more..