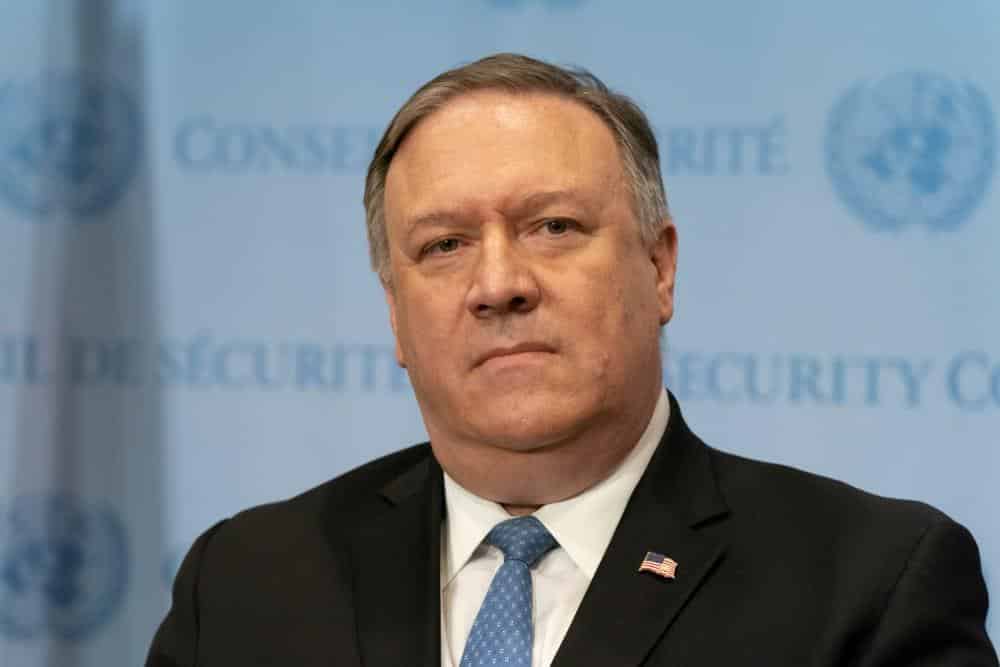 Yesterday, during an event at the National Constitution Center, Secretary of State Mike Pompeo spoke about a new report from the “Commission on Unalienable Rights,” a group he assembled in May of 2019.

That announcement was disturbing on its own because Pompeo spoke fondly of the country’s “founding principles of natural law and natural rights.” Natural. That’s a word conservatives have regularly used to block trans people from serving in the military, oppose marriage equality, and prevent women from controlling their own bodies.

In other words, Pompeo appeared to be using the government to advance a conservative Christian agenda.

His speech yesterday showed that prediction had, unfortunately, come true.

The draft report cites the traditions that formed the American spirit, including a form of Christianity that embraced “the beautiful Biblical teachings that every human being is imbued with dignity and bears responsibilities toward fellow human beings because each is made in the image of God.”

It also references the “Biblical heritage” of the Founding Fathers.

At a time when conservatives are defending statues of Confederate soldiers because taking them down would rewrite history, here’s a Trump administration document that quite literally injects Christianity into our nation’s founding even though historians have repeatedly rejected that idea. There were undoubtedly Christian leaders present when the Constitution was written, but they’re hardly the evangelicals of today and our founding documents make clear that church/state separation is one of our most important values.

A number of non-theistic groups have weighed in on the disturbing report, the final version of which should be coming out soon and which Pompeo hopes “will influence U.S. and global human rights policy.”

“The report, peppered with biblical and religious references, takes a rigid and exclusionary view of human rights,” AHA Executive Director Roy Speckhardt reacted. “Echoing the notion that the US was built on Christian values and claiming faith is necessary to advocate for human rights perpetuates a revisionist narrative that erases a core principle that the nation was founded upon being secular and free from a state religion.”

Speckhardt concluded: “The commission’s limited interpretation of unalienable rights leaves many people around the world vulnerable to the whims of Pompeo’s Christian nationalist agenda. At a time of global uncertainty, our foreign policy must be forward-looking.”

The Center For Inquiry called it a “vehicle for Christian Nationalism”:

“This deceitful claim erases the dignity and the societal contributions of more than 23 percent of American adults with no religious affiliation,” said Jason Lemieux, director of government affairs for the Center for Inquiry. “The draft report ludicrously implies that our founding values are drawn from the ‘biblical teachings’ of Protestant Christianity:”

“Secretary Pompeo’s insistent harping on ‘God-given rights’ underscores the true intent of this report: to justify Christian nationalist foreign policy that abandons and endangers people overseas who are persecuted for their nonbelief, sexual orientation, and gender identity, as well as those who seek comprehensive reproductive health care including abortion and contraception,” said Lemieux.

The Freedom From Religion Foundation just called it “dangerous”:

The report is Christian Nationalism in print and stamped with government authority, granting the State Department permission to conduct a Christian Nationalist foreign policy. That means not supporting the rights of the LGBTQ community, giving Christian Nationalists a blank check to proselytize, restricting access to HIV/AIDS medications and abortion, and permitting the direct funding of houses of worship abroad.

“God-given rights are fragile,” says FFRF’s Director of Strategic Response Andrew L. Seidel… “God-given rights can be taken away by humans claiming to speak for that god, while human rights — rights that we possess by virtue of our shared humanity — are much stronger.”

Rights are not given by supernatural beings; they are asserted. Not only is our freedom not a gift from God, it is guaranteed by a godless document, the U.S. Constitution. The report from Pompeo’s commission is antithetical to this American principle and is thus un-American in its quest to give government sanction to favored religious beliefs. Our country was founded in large part to reject exactly this notion, and this report must be given the same treatment.

The final version of the report is expected to be released in two weeks. If there’s any silver lining here, it’s that if people vote for Joe Biden, Pompeo won’t get much time to integrate his conservative Christian beliefs into our foreign policy and we can reverse course with a new administration.