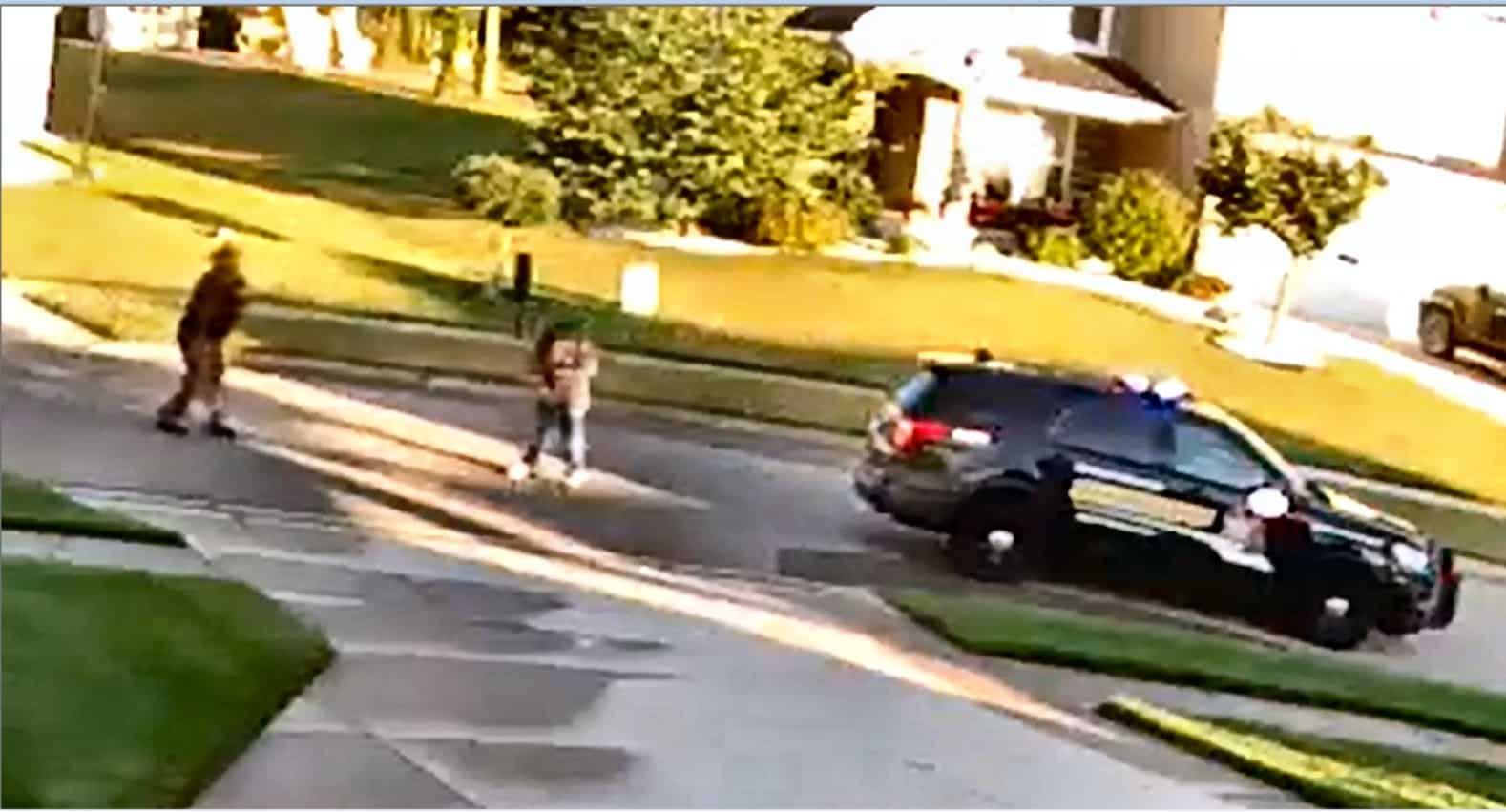 I had to click the play button twice to make it start. This is the body cam footage above. Hold onto your hat. He almost got her. This will be used as a training film, forever.

[ Editor’s Note: This looks like another suicide by cop event. I can’t remember watching one of these shootings where the perp kept advancing on the cop so aggressively and taking rounds like they were spitballs.

This was triggered by the suspect getting pissed off over being asked to wear a mask in a store. And when he is later stopped, goes after the female deputy with a knife in each hand. Neighbors describe him as quiet …Jim W. Dean ]

DELTA TOWNSHIP, Mich. (WILX) – The Eaton County Sheriff’s Office has released the audio for the 911 call a Quality Dairy employee made following an incident that left one man dead around 6:45 a.m. Tuesday morning.

The incident began at the Quality Dairy located on 7120 Lansing Road in Dimondale when Michigan State Police said a masked man from Lansing, 77, and an unmasked man from Grand Ledge, Sean Ruis, 43, got into an altercation regarding wearing masks.

Police said the customer, Ruis, who was not wearing a mask was refused service by the store. In the audio clip, you can hear the store employee tell dispatch that the stabbing suspect, Ruis, was threatening others inside of the store. You can listen to the audio clip attached to this article.

MSP said Ruis pulled out a knife and stabbed the 77-year-old Lansing man and then fled the scene from in a car. MSP responded to the incident at the store, and the Eaton County Sheriff’s Office assisted. Police said an Eaton County deputy located the suspect vehicle and conducted a traffic stop on Jerryson Drive in Delta Township around 7:13 a.m.

At a press conference Tuesday, Eaton County Sheriff Tom Reich said the stabbing victim was in serious condition after being taken to a local hospital. He didn’t know where or how many times the man was stabbed.

Aaron Jenkins, the MDOT spokesperson, confirmed to News 10 that Ruis was a transportation technician at MDOT and has been working there since 2008. Jenkins said Ruis was expected to come to work Tuesday.