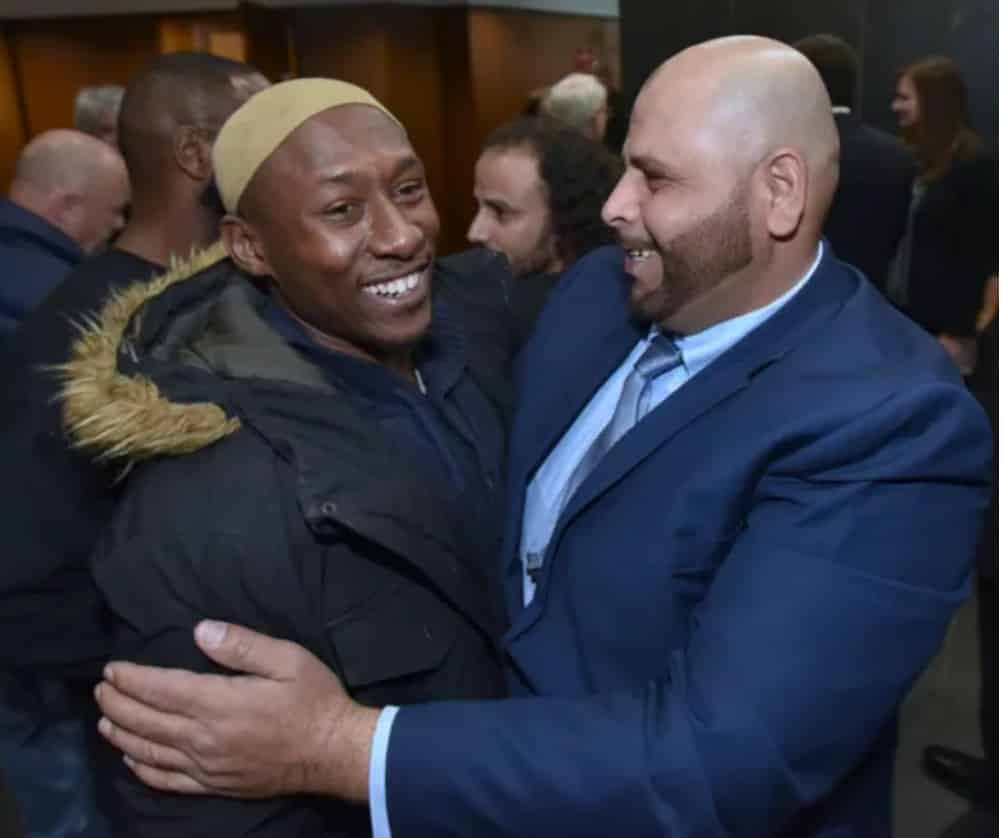 VT: Corrupt cop fabricated evidence, fabricated witness testimony, in fact made up the entire case other than two dead people (and we wonder who killed them…and if police were involved in the murder)…

We are now hearing that Wilson, among others, are implicated in not just dozens, but up to 500 false imprisonment cases tied to a cabal inside the Detroit Police…

Detroit News: A federal judge Friday dismissed attempts by a Detroit police officer to toss out claims against him by a man falsely convicted of two murders based on allegedly false evidence provided by the officer.

Most recent exoneration: Mubarez Ahmed released from prison after serving 16 years https://t.co/esZUQIt7em "This has got to stop…" pic.twitter.com/o0bmT3k0np

Mubarez Ahmed was found guilty in March 2002 of murdering a man and a woman, Lavelle Griffin and LaTanya White, in an automobile parked at Kirkwood and Lumley on the west side, in a drive-by shooting.

Seeking Justice: 49 year old Mubarez Ahmed is telling his story in a $105 million dollar lawsuit filed together with attorney Wolfgang Mueller. The lawsuit alleges the recently freed man was framed for murder by… https://t.co/F1dExI6o0X

As he served more than 17 years of a 30 to 60-year prison term, the Wayne County Conviction Integrity Unit and the University of Michigan Law School Innocence Clinic investigated the case, and revealed new evidence.

In a 16-page decision rejecting Wilson’s pretrial motions for summary judgment in the suit, U.S. District Judge George Caram Steeh said Wilson incorrectly identified the owner of the automobile Ahmed was alleged to have driven in the shooting.

Wilson had asserted that based on evidence from another police officer and the FBI, Ahmed’s girlfriend Julie Wheeler owned the vehicle, and let Ahmed drive it, Steeh said.

2293rd Exon: Mubarez Ahmed was exonerated of murder on Friday after the sole eyewitness to the shootings recanted her identification of Ahmed, and it was revealed that a police officer lied on the stand about evidence that led to Ahmed's arrest. https://t.co/ZVZLAOTQH0 pic.twitter.com/mC2HTdGGu5

During the review of the case against Ahmed, Wheeler said she did not know him, she had never met with police about the case and her car never had been tested, the judge said.

Mubarez Ahmed is released on tether from Wayne County Jail in Hamtramck after serving more than 16 years for a murder he didn’t commit. He said he honestly never thought this day would come. pic.twitter.com/3q4nbOeShe

Wilson also prompted a witness to the drive-by shooting to pick Ahmed out of a lineup, against her judgment and over her concerns, the judge said.

Wilson showed the witness a photograph of Ahmed before the identification process, asserted that he had another witness who identified Ahmed as the killer and said she should “stick with the program,” the judge wrote in his decision…read more…