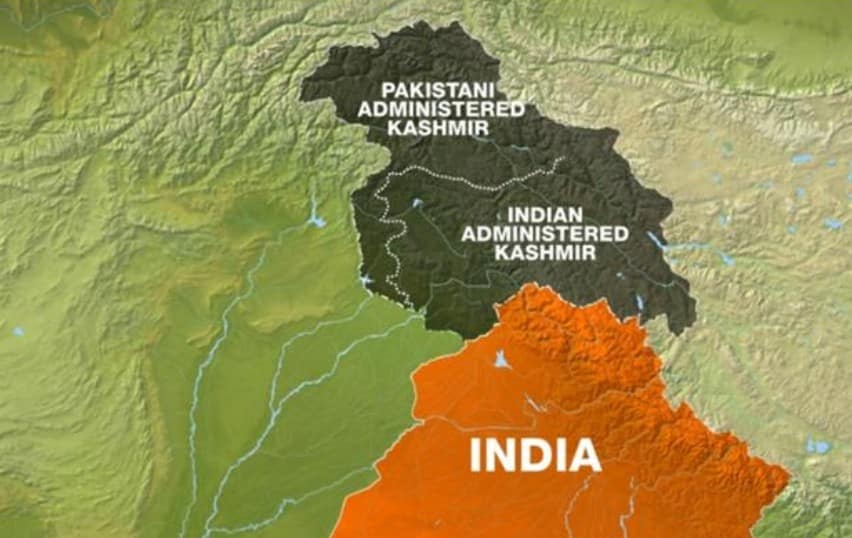 Every year, Kashmiris living on both sides of the Line of Control (LoC) and Pakistan, including rest of the world celebrate July 19 as the Day of Kashmir’s Accession to Pakistan, as on this very day in 1947, the historical resolution was adopted by the All Jammu and Kashmir Muslim Conference in Abi Guzar, Srinagar during an emergency convention at the residence of Sardar Muhammad Ibrahim Khan.

It was presided over by Chaudhry Hamid Ullah Khan, and the resolution was presented by Khawaja Ghulam-ud-Din Wani and Abdul Rahim Wani, with 59 prominent leaders in attendance.

The resolution was unanimously adopted, indicating that existing religious, geographical, cultural, economic ties and the aspirations of millions of Kashmiri Muslims warrant accession of the state of Jammu and Kashmir (J&K) with Pakistan.

During the partition of the Sub-continent, the people of the state of Jammu and Kashmir which comprised Muslim majority decided to join Pakistan according to the British-led formula. But, Dogra Raja, Sir Hari Singh, a Hindu who was ruling over the J&K in connivance with the Indian Prime Minister Jawaharlal Nehru and Governor General Lord Mountbatten joined India.

The design to forcibly wrest Kashmir began to unfold on August 16, 1947, with the announcement of the Radcliffe Boundary Award. It gave the Gurdaspur District—a majority Muslim area to India to provide a land route to the Indian armed forces to move into Kashmir. There was a rebellion in the state forces, which revolted against the Maharaja and were joined by Pathan tribesmen. Lord Mountbatten ordered armed forces to land in Srinagar.

However, Indian forces invaded Srinagar on 27 October 1947 and forcibly occupied Jammu and Kashmir in utter violation of the partition plan and against the wishes of the Kashmiri people.

It is noteworthy that the Security Council adopted resolution 47 (1948) of 21 April 1948 which promised a plebiscite under UN auspices to enable the people of Jammu and Kashmir to determine whether they wish to join Pakistan or India. On February 5, 1964, India backed out of its promise of holding plebiscite. Instead, in March 1965, the Indian Parliament passed a bill, declaring Kashmir a province of India-an integral part of the Indian union.

Earlier, consequent upon these injustices, the Kashmiri leadership realized the need to form a political party, Muslim Conference (MC) with a view to waging struggle for their freedom.

In fact, the very tragedy of Kashmiris had started after 1947 when they were denied their genuine right of self-determination. They organised themselves against the injustices of India and launched a war of liberation which New Delhi tried to suppress through various forms of state terrorism.

Since 1989, various forms of state terrorism have been part of a deliberate campaign by the Indian army and paramilitary forces against Muslim Kashmiris. It has been manifested in brutal tactics like crackdowns, curfews, illegal detentions, massacre, targeted killings, sieges, burning the houses, torture, disappearances, rape, breaking the legs, molestation of Muslim women and killing of persons through fake encounters.

When Indian fanatic Prime Minister Narendra Modi, the leader of the ruling party BJP, came to power, he accelerated anti-Kashmir moves. Since August 5, 2019 Modi’s government ended special status of the Jummu and Kashmir to turn Muslim majority into minority in the Indian Occupied Kashmir (IOK). Implementing the August 5 announcement, Indian central government issued a notorious map on October 31, 2019. In accordance with it, Jammu and Kashmir was bifurcated into two union territories—Jammu and Kashmir and Ladakh.

Besides, Indian other malevolent acts such as introduction of new domicile law against the majority of Kashmiris, issuance of domicile certificates to 25000 non-Kashmiris and intermittent shelling inside Pakistani side of Kashmir in relation to the Line of Control (LoC)-which has killed hundreds of innocent villagers, show ‘Modi’s fascist India’. Thus, New Delhi completely ended any sort of dialogue with Islamabad to settle the Kashmir issue.

Now, almost one year has passed. But, Indian extremist rulers continue lockdown in the IOK where Indian forces have broken all previous records of gross human rights abuses by martyring tens of thousands of the Kashmiris through brutal tactics.

Despite the deployment of 900,000 troops in the IOK and intensification of firing by the Indian forces in wake of shortage of foods, medicines for the patients and coronavirus pandemic, innocent Kashmiris are still violating the lockdown by protesting against Indian illegal actions.

In order to conceal India’s state terrorism, Kashmir has been cut off from rest of the world. But, some reports and images are appearing in the world and the social media, which point out extrajudicial killings of the innocent people by the ruthless Indian military and paramilitary troopers.

In this respect, the martyrdom of a 65 years old person Bashir Ahmed Khan on July 1, this year, who was dragged out of his car and shot dead by Indian paramilitary troopers in front of his grandson-three-year-old toddler in Sopore, Srinagar, shocked the world. The horrifying event triggered massive outrage and protests in Indian Kashmir.

Ironically, despite a lapse of 73 years, Kashmiris are still struggling and sacrificing to achieve their alienable right under the UN resolutions for the plebiscite in Jammu and Kashmir.

While, Indian forces have been also employing various draconian like Armed Forces Special Powers Act (AFSPA), the Public Safety Act (PSA) etc. in killing the Kashmiri people, and arbitrarily arrest of any individual for an indefinite period. Besides Human Rights Watch, in its various reports, Amnesty International has also pointed out grave human rights violations in the Indian Controlled Kashmir.

At present, Indian atrocities in the occupied Kashmir has come in the limelight of the international community and their media. But, still, Modi-led Indian authorities are not willing to talk with Kashmiri people on political grounds. They reached to a conclusion that only bullet is the right way of dealing with Kashmiris, demanding their right of self-determination.

Nonetheless, every year, the Kashmiris and their brethren in Pakistan, and those living all over the world observe 19th July as the Accession to Pakistan Day to re-affirm their commitment to continue their struggle against Indian illicit occupation, and till the attainment of the  liberation.