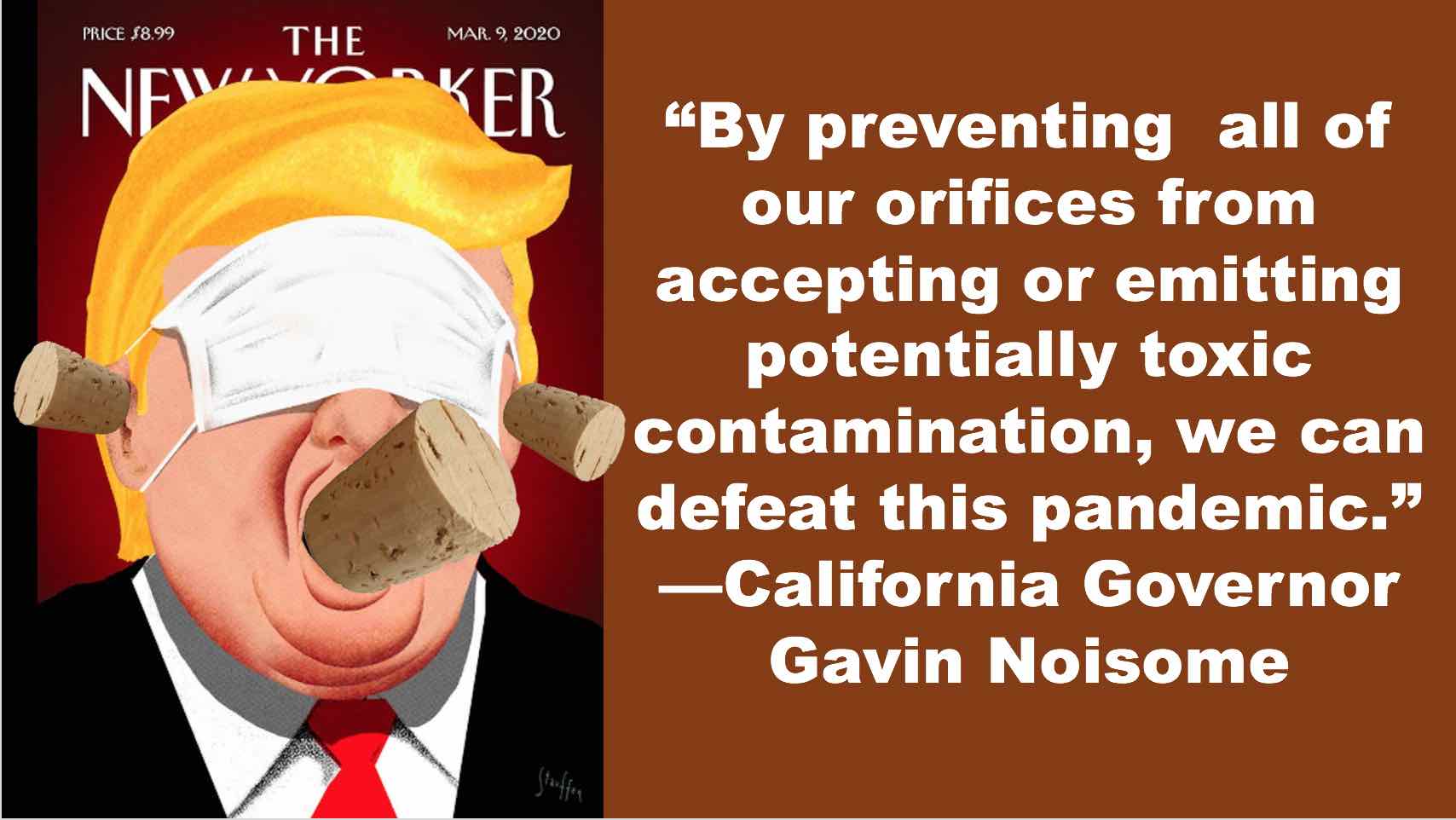 California Governor Gavin Noisome has ordered a statewide mandatory blindfolding policy to help slow the spread of coronavirus. Noisome’s Executive Odor 666-666 requires all citizens to wear blindfolds as well as masks whenever they leave their homes, and revokes all health and religious exemptions from masking and blindfolding.

“Studies show that when you blink, your eyelashes scatter tiny droplets of moisture into the atmosphere, potentially contributing to the spread of COVID-19,” Noisome explained at this morning’s press conference. “The best way to stop these moisture droplets is at the source, by wearing a cloth blindfold over your eyes. If all of us join together and blindfold ourselves, we can get through this thing together without ever seeing what’s really going on and without having to look at each other’s fear-stricken faces.”

Noisome said that mandatory blindfolding, like mandatory masking,  not only slows the spread of COVID, but also offers economic benefits. “Cottage industries are already springing up, as enterprising Californians turn ordinary pieces of cloth into blindfolds and sell them on the internet,” the governor enthused. “And while it’s true that the Amazon delivery drivers will take longer than usual to deliver the blindfolds to your doorstep, since those drivers will themselves be blindfolded, the bright side is that Amazon will have to hire more drivers, which is good for the economy. Since paying all those blindfolded drivers will cost Amazon a pretty penny, we expect that Jeff Bezos will put billions of dollars into accelerating the development of self-driving vehicles, which will ultimately solve the whole COVID problem by making humans obsolete.”

Responding to civil libertarians’ concerns about heavy-handed enforcement of the masks-and-blindfolds policy, Noisome said police won’t be arresting or shooting scofflaws, at least not in large numbers, because the police themselves will be blindfolded. “We expect police shootings to go way down,” he explained. “And since the police won’t be able to see the skin color of the people they shoot at, nor aim with any precision, the disproportionate killings of black people will finally end, fulfilling the demands of protestors and turning the page on a sorry episode in our history.”

Noisome said mandatory blindfolding would also obviate the need to remove statues of politically-incorrect historical figures. “If nobody can see the statues, why bother to smash or remove them?” he asked rhetorically. “It’s actually cheaper in the long run to blindfold the population instead of having to pay for statue removal.”

The governor added that if mandatory masks and blindfolds don’t stop the spread of COVID, he would consider issuing another executive order requiring people to wear earplugs to stop the virus from riding into the body on soundwaves. He added in light of scientific studies showing that COVID can be spread by flatulence, the state might also have to require people to “put a cork in it.”