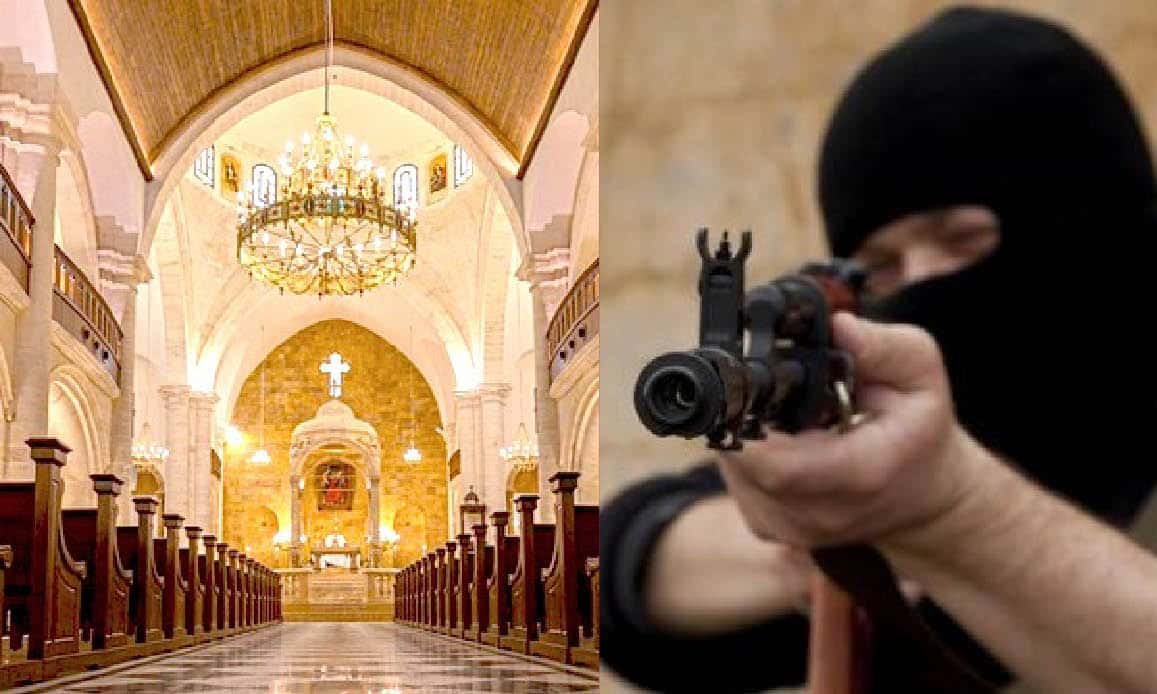 «It is with joy that I communicate that yesterday, 20 July 2020, the Maronite cathedral of Sant’Elia in Aleppo (Syria), badly damaged during the war, after long repairs had been officially reopened and reconsecrated».

In a summary email Alessandro Monteduro, director of ACS Italy, opens a glimmer of light on the future of Syria highlighting the fundamental role played by the Pontifical Foundation which was supported by Pope Francis in his many initiatives. The main of these was in favor of the liberation of the Pakistani mother Asia Bibi, arrested, imprisoned and tortured only because she is Christian in a country with a Sunni Islamic majority, of the same radical confession of the ISIS and Al Qaeda terrorists and of the authors of the kamikaze attacks of Easter 2019 in Sri Lanka.

«Aid to the Church in Need (ACS) was one of the major contributors to the project, having allocated 400,000 euros for donations to the initiative. The place of worship, built in 1873, had suffered the greatest damage in 2013 by a group of jihadists whose aim was to destroy any sign of Christianity» adds the Italian director of the Catholic NGO.

In December 2019 the Sant’Elia cathedral had been partially open to the public to allow the celebration of the Solemn Christmas Mass after 5 years from the bombing. Part of the roof of the church and the wooden benches were still destroyed but the faithful had been able to gather inside and participate in the function on plastic chairs, along with some Muslims with whom they sang Christmas carols in Arabic, English and French.

A comet star was hung inside the temple for the traditional occasion in evident contrast with the rubble and the visible sky for the chasm in the roof. The photos went around the world.

While unfortunately the news on the jihadist attacks that took place in recent days (12 July and 17 July) with the killing and wounding of some civilians in Syria remain confined to the specialized media on the Middle East (such as the Syrian Observatory on Human Rights). This happened in Al Bab, about 40 kilometers from the reopened cathedral, in the areas adjacent to Aleppo controlled by mercenaries paid to the Turkish sultan Recep Tayyip Erdogan and recruited from former leaders of Isis and Al Qaeda.

«The reopening of the cathedral from a symbolic point of view represents a message to the parishioners and Christians of Aleppo and the world still present in the country despite the fact that our numbers are decreasing» said the Maronite archbishop of Aleppo, Msgr. Joseph Tobij.

According to ACS sources, in fact, the Aleppo Christians before the war were about 180,000, while today they are only 30,000. Among the excellent victims would also be the two Archbishops of Aleppo, the Greek Orthodox Boulos Yazigi and the Orthodox Syrian Mar Gregorios Yohanna Ibrahim, who disappeared on April 22, 2016 without a trace, in the area between the Syrian metropolis and the border with Turkey.

«The main difficulty of the rebuilding was the raising of funds, which was facilitated and supported by Aid to the Church in Need (ACS). The reconstruction of the wooden roof, just like the original one, was another challenge. We lacked local skills in this sector, so we asked Italian architects to design the wooden roof project» explained Msgr. Tobij, adding that the material came from Italy.

The Maronite archbishop then spoke out of the gratitude of the local Christians: «We thank wholeheartedly Aid for the Church in Need and all the donors who have contributed with faith and generosity to this dream. Without the support of the ACS Benefactors we would not have been able to pray again and spread hope in the hearts of the faithful through the reconstruction of the cathedral».

«While the Saint Pierre et Saint Paul cathedral in Nantes was set on fire in Europe, the active charity of our community has brought Sant’Elia back to its former glory. I visited the place of worship in September 2019 together with the archbishop of Milan, Msgr. Mario Delpini, and seeing him reborn is a great emotion!» concludes Alessandro Monteduro, director of ACS Italy.

There are countless episodes of persecution against Christians in Syria analyzed by Gospa News in multiple reports and often ignored by the mainstream or even counter-information media because many of the last few are secularists or atheists as they are close to leftist militants.

In a dutiful dossier of last January, we had recalled all the terrible stories of the martyrs of the faith occurred in 2019 mentioned by the ACS and Fides (the press agency of the Missionary Works) foundations but also of the evangelical ones such as Open Doors. Many and disturbing the episodes that occurred in Rojava, the north-eastern region of Syria administered by the Kurds.

The stoning of 60-year-old Christian Suzan Der Kirkour, horrified and tortured for hours by al Qaeda allied jihadists in Idlib province, controlled by those terrorists Hayat Tahrir al Sham who are now used as mercenaries from Turkey to Libya.

These jihadists was even treated by Italian military hospital in Tripoli with a view to collaboration among the Government of National Accord, Ankara and Rome, in the wake of the business between the Weapons Lobby and Muslim Brotherhood.

Therefore, it was shocking the respectful attitude with which the FIDES news agency emphasized the community prayer of Muslims, Jews and Christians on 20 October to an inter-religious initiative hosted in the Syrian Orthodox Monastery of Deyrulzafaran, the “Saffron Monastery”, located near the city of Mardin, on the Tur Abdin plateau, in the territories bordering Turkey with Syria.

Sara, the martyr 10yo child in the Christians’ nightmare. Two dams bombed, Rojava without drinking water

«The meeting was conceived as a shared moment of spirituality and common reflection, with the attention paid to the context of the military operation “Peace Sprinf”, carried out by the Turkish army in the territories of north-eastern Syria» wrote Fides also highlighting an article that reported the Turkish media propaganda: “the military offensive in Syria is not against Christians”, despite the fact that the first children killed by the Turkish bombings and by the jihadist mercenaries had been those of a Christian quarter of Qashimlo.