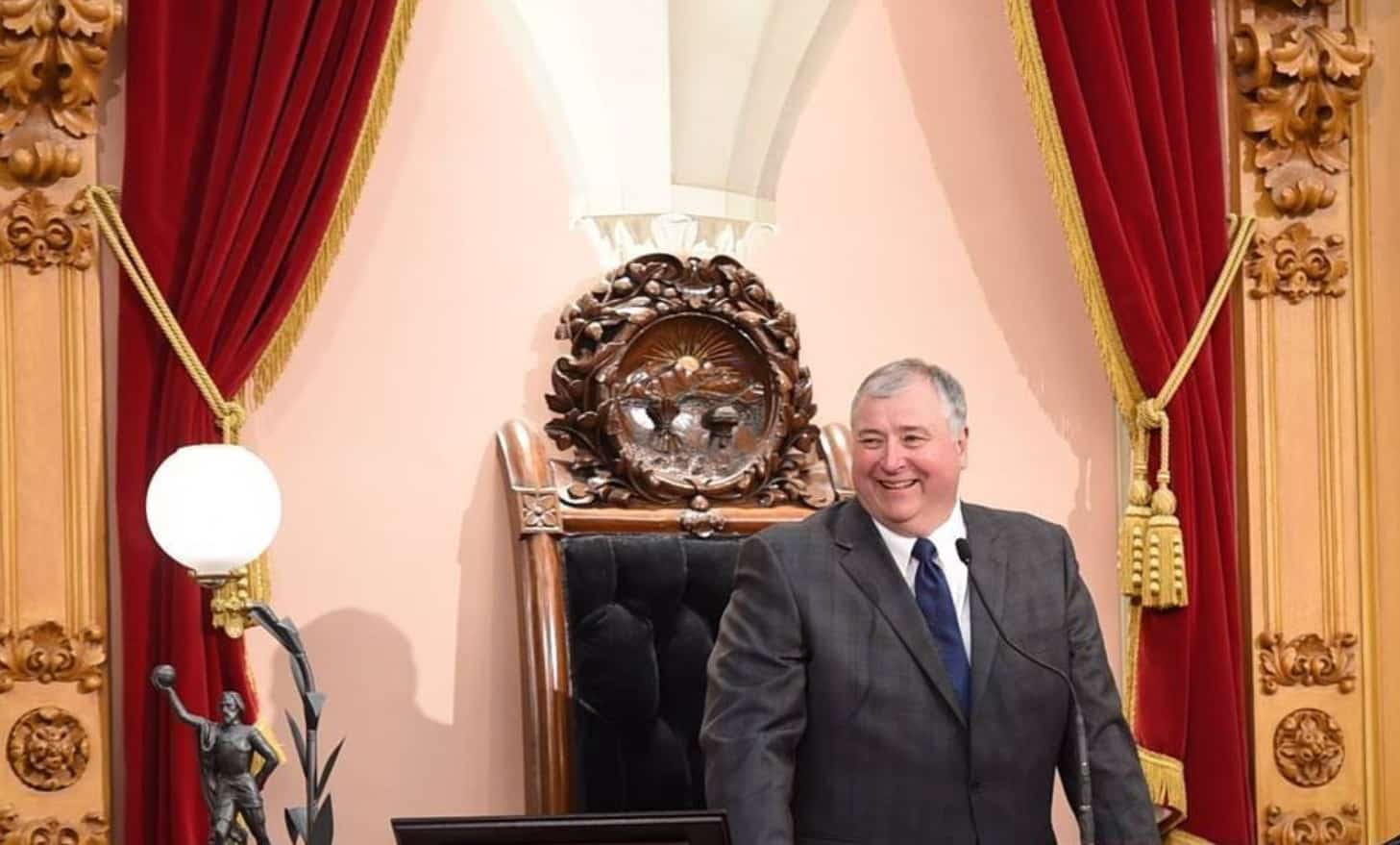 A $60 million kickback on a $2 billion payoff to a corrupt Ohio utility that runs the most dangerous nuclear plant in the world has led a trail of corruption to a series of rigged elections including one that put Shitstain in the White House.

The 2004 election was rigged for Bush when the same people stole $50 million from the Ohio state employees pension fund, gave it to a GOP coin dealer, friend and business partner of those arrested today (Tom Noe, a former neighbor, still in jail). Noe bought Madonna’s bra for supposedly $50m, took millions for himself then kicked the rest back.

When the Feds came after them, like today, going after the GOP vote rigger computer guru, there was a mysterious plane crash:

[ Editor’s Note: The plot thickens. The list is growing and could lead to more cases and charges of bribery corruption, as once it gets started it grows.

Inquiring minds will be asking if this Repub SuperPac was another scam to suck money into a Biden effort as party to a dirty tricks plan. Expect more arrests, as the FBI will want to have everyone rounded up as part of plea deals. Those that talk first get the best deals.

“He made headlines just last month for announcing he would be voting for Democratic presidential candidate Joe Biden and creating a PAC to help defeat President Trump.

Borges was ensnared in a bribery scandal in 2004, when he was working with then-Ohio Treasurer Joe Deters, now Hamilton County’s prosecutor. He admitted funneling contributions to Deters’ campaign from donors seeking to do business with the treasurer’s office and pled guilty to a misdemeanor charge. ” …from the Cincinnati Inquirer.

As Gordon has often hinted, the State Houses can be cesspools of political corruption when one party gets control, as they feel with enough money they can retain control, so the go for the gold.

“This is likely the largest bribery, money laundering scheme ever perpetrated against the people of the state of Ohio,” said U.S. Attorney David DeVillers, whose office will lead the prosecution of the case. “This was bribery, plain and simple. This was a quid pro quo. This was pay to play.”

If you were suspicious that political corruption was going on all over the country like this, and for many years, you might be right. One of the first places to start would be Trump winning Ohio in 2016. Was this gang, and that is the only way to describe them, doing similar scams to pad the vote with their generosity? … Jim W. Dean ]

Larry Householder was picked up at his home in the countryside

Daily Beast: Ohio’s top state lawmaker conspired to funnel tens of millions of dollars from the state’s electric utility to his political allies in order to consolidate power over the state legislature and shepherd through a $1.5 billion bailout for the utility’s nuclear power plants, federal prosecutors alleged on Tuesday.

The FBI arrested Ohio speaker Larry Household, a Republican, and four alleged co-conspirators and leveled charges of racketeering and bribery related to the scheme. At a press conference on Tuesday afternoon, U.S. Attorney David DeVillers called it “likely the largest bribery [and] money laundering scheme ever perpetrated against the people of the state of Ohio.”

BREAKING: The Ohio House Speaker has been arrested by the FBI due to a multi-million dollar bribery

His arrest is related to a bill passed a year ago that provided coal/nuclear plant bailouts and gutted renewable energy requirements https://t.co/CK19HDCqJr

At the center of the scheme was Householder, who prosecutors say used a nonprofit “dark money” group called Generation Now to funnel money from the utility, First Energy, into state-level political contests. Householder’s goals, DeVillers said, were to pass and preserve a contentious bill to bail out two FirstEnergy nuclear plants, and “to build a power base for Larry Householder.”

The investigation centers on House Bill 6, the $1 billion-plus ratepayer bailout of two Ohio nuclear power plants that Householder helped push through last year with the help of millions in dark money, according to the Toledo Blade. https://t.co/YmGr5y2aji

After his arrest, Ohio Gov. Mike DeWine called on the speaker to “resign immediately.”

The outrageous Ohio bill that bailed out coal & nuclear plants while shafting renewables and energy efficiency makes a lot more sense as part of a $60M bribery scheme between First Energy and the House speaker. https://t.co/5j3Ekzo6OT

“I am deeply concerned about the allegations of wrongdoing issued today by the U.S. Attorney’s Office. Every American has the presumption of innocence until proven guilty,” DeWine tweeted Tuesday. “Because of the nature of these charges, it will be impossible for Speaker Householder to effectively lead the Ohio House of Representatives; therefore, I am calling on Speaker Householder to resign immediately. This is a sad day for Ohio.”