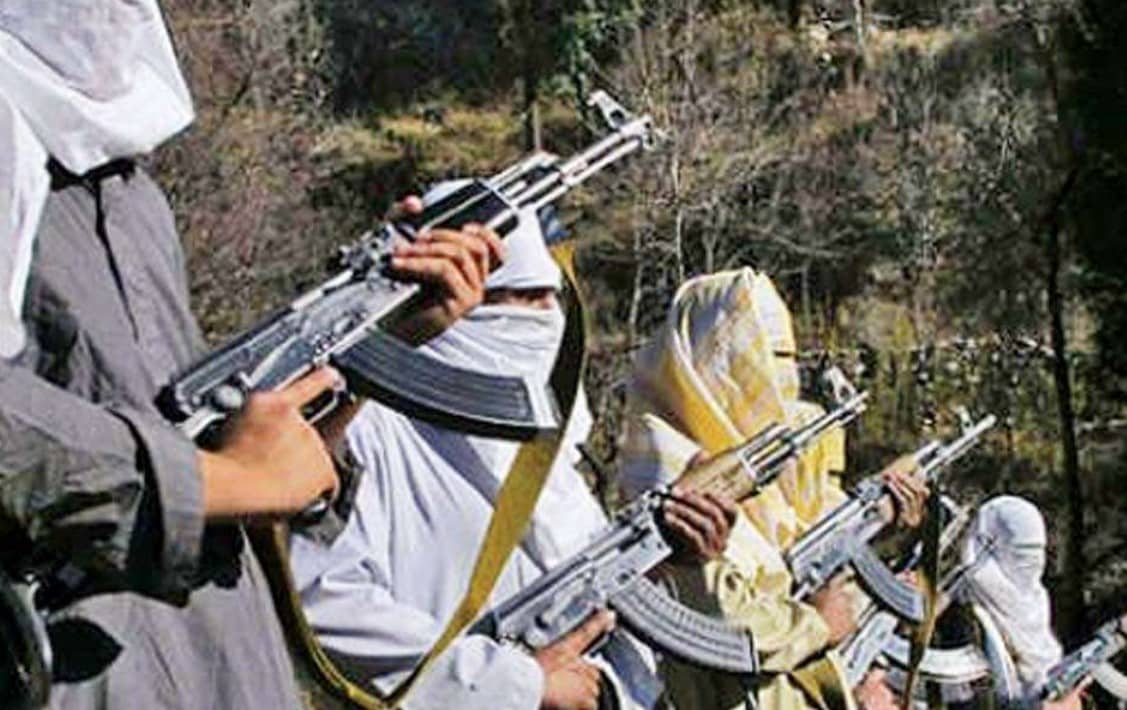 The term of terrorism has been so confused that there is no exact definition of terrorism.

The problem is confined to political terrorism, which occurs when a group, whether holding governmental office or outside government, resolves to pursue a set of ideological objectives by methods which not only subvert or ignore the requirements of domestic and international law, but also rely for their success primarily upon the use of violence or illegal practices.

This definition permits regimes as well as opposition groups to be described as terrorists.

However, the term terrorism can be used by any entity for its own self-interest to achieve political, economic and social ends.

Since the US started its global war against terrorism, after the 9/11 tragedy, various political experts have opined that terrorism comes in a variety of forms, such as religious terrorism, secular terrorism, military terrorism, state sponsored terrorism and so on.

Bruce Hoffman, in his book ‘Inside Terrorism’ writes: “For the religious terrorism, violence is the foremost divine duty executed in direct response to some demand or imperative…the secular terrorist sense leads to a sanctioning of limitless violence against a virtually open-ended category of targets.”

By availing itself of 9/11’s golden opportunity, India joined Bush’s global anti-terrorism bandwagon and fully exploited the phenomenon of terrorism and the anti-Muslim approach of the US-led west in order to obtain its secret designs.

New Delhi equated the war of liberation in Kashmir with terrorism. Since then, their forces have been employing military terrorism such as curfews, crackdowns, sieges, massacres and targeted killings to maintain alien rule on the controlled territories of Kashmir.

Since Indian extremist Prime Minister Narendra Modi, the leader of the ruling party BJP became Indian prime minister, he started implementing the ideology of Hindutva (Hindu Nationalism) by encouraging BJP-led RSS and VHP, which have been following fanatic policies internally and externally.

Their various malicious moves include abrogation of the special status of the Jummu and Kashmir to turn Muslim majority into minority in the Indian held Kashmir, continued lockdown in the IOK, martyrdom of thousands of the Kashmiris there, introduction of new domicile law against the majority of Kashmiris, issuance of domicile certificates to 25,000 non-Kashmiris, persecution of religious minorities especially Muslims, anti-Muslim laws-CAA/NRC, assaults on Muslims by the fanatic Hindus, blaming Indian Muslims and Pakistan for spreading coronavirus in India and the IOK etc., and intermittent shelling inside Pakistani side of Kashmir in relation to the Line of Control (LoC).

Despite the deployment of 900,000 troops in the IOK and intensification of firing by the Indian forces in wake of shortage of foods and even medicines for the patients, innocent Kashmiris are still violating the lockdown by protesting against Indian illegal actions. In order to conceal India’s state terrorism, Indian Controlled Kashmir has been cut off from the world due to lockdown. But, some reports and images are appearing in the world and the social media which show extrajudicial killings of innocent people by ruthless Indian forces.

A dreadful practice of Indian state terrorism could be drawn from the martyrdom of a 65 year old person, Bashir Ahmed Khan on July 1, 2020, in front of his grandson by Indian troops in Sopore, Srinagar.

Local Kashmiris and family of the martyred said that the unarmed “Khan was dragged out of his car and shot dead by paramilitary troopers”. His three-year-old toddler grandson, who was travelling with him, was later pictured sitting on his chest.

The awful photo of the child, which appeared in the social media, shocked the international community.

Reacting to the incident, Amnesty India said, “It is a breach of the best interests of the child principle, as required to be the basis of any action by authorities under the Convention on the Rights of the Child, to which India is a state party.”

A day after the horrifying event which triggered massive outrage and protests in Indian Kashmir, the UNO said that “whosoever responsible for the killing in Sopore, has to be made to account for it.”

Nevertheless, this merciless event displays that India does not have any qualms about murdering any Kashmiri civilian as part of extrajudicial killings.

During special operations-house to house searches, India military and paramilitary troopers have martyred and injured tens of thousands of Kashmiris, including women and children.

These cruelties have encouraged the Kashmiri youngsters to pick arms and to target the Indian forces, sacrificing their lives for the right of self-determination, as recognized by the related UNO resolutions.

Therefore, intermittent gunbattle between the freedom fighters and Indian military continues in various regions of the IOK.

It is regrettable that some major Western courtiers are silent about the Indian state terrorism because of their anti-China bias, favouring New Delhi in wake of recent Sino-India border tensions regarding disputed territories of the eastern Ladakh.

Notably, when Indian troops destroyed a village and conducted extra judicial killings in the occupied Kashmir, these US-led countries call it an internal affair of the Indians and do not apply the term of state terrorism, but, when Mujahideen seek retaliation, it becomes a case of terrorism.

UN resolution 1541 on the ‘Granting of Independence to Colonial Countries and Peoples’ adopted by the General Assembly in 1960 accepts the legitimacy of the right of self-determination and opposes repressive measures of all kinds against the freedom fighters by the colonial power.

UN resolution 2625 of 1970 authorized the dependent people to seek and even receive support from outside to fight against the repressive machinery.

In the light of these UN resolutions, the insurgency in Kashmir cannot be called terrorism.

If any impartial observer studies the historical background of Kashmir and present war of liberation, he will conclude that acts of barbarism employed by Indian troopers on the Kashmiris to maintain Indian illegitimate occupation are tantamount to alien rule.

By this definition, Indian forces are the real terrorists.

Sajjad Shaukat writes on international affairs and is the author of the book: US vs Islamic Militants, Invisible Balance of Power: Dangerous Shift in International Relations and can be reached at sajjad_logic@yahoo.com

www.pakistantoday.com.pk/author/sajjad-shaukat/
ATTENTION READERS
Due to the nature of independent content, VT cannot guarantee content validity.
We ask you to Read Our Content Policy so a clear comprehension of VT's independent non-censored media is understood and given its proper place in the world of news, opinion and media.