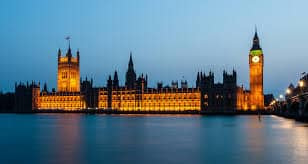 Crackpot anti-Russian conspiracy theorists have been calling for the publication of the Intelligence and Security Committee’s report on Russia for some time. When it was finally published this week (HC632) it turned out to be a damp squib, full of unsupported, offensive allegations against Russia. No one in the States will be surprised to hear that one of the witnesses was none other than Christopher Steele, of ‘dodgy dossier’ fame. Another was Anne Applebaum, the semi-hysterical anti-Russian propagandist, no offense intended.

The Intelligence and Security Committee (ISC) is a joint committee, not a House of Commons committee, as some in the MSM seem to think. Its members are carefully chosen, with respect, for their gullibility and willingness to be led by the nose. Very few have actual intelligence experience or expertise. Admiral Lord West, a nice chap, was a Chief of Defence Intelligence, but not a very good one.

The new chairman is that nice man Dr Julian Lewis, who had the Tory whip withdrawn from him for failing to support Number 10’s preferred candidate Chris Grayling, affectionately known as ‘Failing Grayling’. For my part I see no reason why the whip should have been withdrawn. Selection of their chairman is surely a matter for the committee.

As one would expect from a report to which Christopher Steele has contributed it’s full of nonsense. In paragraph 7 it repeats the canard that the GRU were in some way responsible for the disgraceful chemical weapons attack on the Skripals in Salisbury in 2018, allegedly using Novichok, a highly lethal Soviet-era nerve agent.

As our distinguished Editor-in-Chief revealed on these pages at the time the nerve agent actually used at Salisbury was BX, an Anglo-American hallucinogenic agent. Had Novichok been used the Skripals would surely have died – there is no such thing as a non-lethal dose of Novichok. (Please don’t pop out to Wallgreens with a view to buying some and testing this at home.)(I’m assuming they have a chemical weapons counter.)

Unsurprisingly, since they had been dosed up with a hallucinogenic drug, I understand that the Skripals suffered from hallucinations whilst being treated in Salisbury District Hospital, although not bad enough to persuade them to join the Democratic Party.  It’s not clear whether the ISC dosed themselves up with BX before writing their report, but they were clearly on something. They even persuaded themselves that poor old Lt-Col Litvinenko was murdered. (He was killed by the antidote to the polonium he was persuaded to swallow by that idiot Boris Berezovsky, who later very properly topped himself.)

Lt-Col. Litvinenko on his death-bed.

The attack on the Skripals was of course down to our old friends at GO2, a.k.a. the ‘OO Section’, a.k.a. the London arm of the DVD. Even more viciously, putting the possible execution of the Skripals to one side, was the later murderous attack at Amesbury. This time it was Novichok, helpfully supplied by DSTL Porton Down. The official explanation was that the GRU had taken to leaving Novichok lying around, as you do. (“Now where did I put that Novichok, I know I had it somewhere?”)

The report goes on to regurgitate some nonsense out of GCHQ about Russian cyber-attacks. Yes Russia has a significant presence in cyber-space, but they’re not the Chinese. Since GCHQ report to the Cabinet Office we needn’t take anything they say about Russia too seriously.

Given the nonsense the committee have come out with regarding Salisbury it’s a bit rich, frankly, for them to complain in paragraph 27 about Russian ‘disinformation’. They seem particularly exercised about Russia Today’s fair and balanced coverage.

Since there was no more Russian interference in the 2016 Brexit referendum than there was in the 2016 US presidential election the ISC were unable to come up with anything solid, indeed anything at all, apart from a swipe at Russia Today for not slavishly dishing out pro-EU propaganda like the supine BBC. No doubt baffled by the request MI5 trotted out a few lines about their investigation, which the committee thought inadequate. That’s because professional intelligence officers don’t waste their time chasing hares.

MI5 seem to have allocated an appropriate and proportionate amount of resources to its investigation of Russian interference in the referendum – namely one man and a dog, working in the lunch hour. The idea that Russia somehow affected the pro-British outcome of the 2016 referendum is risible nonsense, with very respect to those holding the contrary view.

The British people voted to leave the EU because they wanted their independence back and had finally seen through the lie that it was just a trading bloc. They were also tired of handing over huge amounts of cash to Brussels for nothing in return, hugely irritated at pointless EU regulations and very annoyed at Johnny European for stealing our fish.

Time for a reset in relations with Russia

Russia, unlike China, is a modern democracy, where the rule of law prevails. She has a strong economy and is an energy superpower. In President Putin she has a fine, strong leader, who loves his country and her wonderful people and has not hesitated to act in the Russian interest. Why should he act in any other country’s interest?

Russia has responded with great dignity to a series of increasingly bizarre accusations against her. President Putin was even accused of ordering the downing of Malaysian Airlines Flight MH17, which was in fact shot down over the Ukraine, not Russia, in a joint operation between the Ukrainian Air Force and Chinese PLA Air Force.

It has now been conclusively demonstrated that the Democratic Party’s emails were downloaded locally. It was nothing whatsoever to do with Russia.

It’s time for this nonsense to stop. Russia, a gallant ally in two world wars, is a potential friend and ally of this country. We should extend her the hand of friendship, withdraw the hysterical and baseless allegations that the GRU had anything to do with the death of the unfortunate Lt-Col. Litvinenko or the sad business in Salisbury and recognise her perfectly proper seizure of the Russian part of the Ukraine.

Russian warships should be invited to visit British ports and President Putin should be accorded the honor of a state visit. It would be nice to see our idiot ambassador in Moscow, no offense intended, reassigned to somewhere warmer (Kinshasha perhaps?), and replaced by someone who is actually interested in fostering good Anglo-Russian relations. (HRH Prince Michael of Kent, who speaks fluent Russian, would do nicely.)

This is a name some of all y’all may not have heard in a while. Colonel James Jabara was America’s first jet fighter ace, a feat he achieved whilst flying the outstanding North American F-86 Sabre in the Korean War. In total he scored 15 kills, including 1.5 in the European Theater of Operations in World War II, flying the equally good North American P-51 Mustang.

‘Jabby’ Jabara was highly thought of in this country and was awarded the British Distinguished Flying Cross. He was a valued comrade in arms.

He was also a deep thinker about air combat. My recent reading has included Cold War Jet Combat by Martin Bowman (Pen & Sword, 2016). Bowman quotes Jabby as querying who was flying the nominally North Korean Mig-15s.

He thought some of the pilots were ex Luftwaffe, no doubt having noticed the similarity of tactics. Colonel Jabara was onto the dirtiest secret of the Korean War – the covert German backing of North Korea. Many of the Mig pilots were indeed Jerries, mostly Adolf Galland’s old crowd.

In the light of this I suggest somebody revisits the tragic car crash at Delray Beach FL on November 17th 1966, in which Colonel Jabara, on leave from a combat assignment in Vietnam, where he was flying the F-100 Super Sabre, and his daughter Carol Anne were killed. I suggest in particular that there be a review of whether or not their VW automobile was sabotaged.

At the time of his death the DVD were pulling the same stunt in Vietnam as they had in Korea. Active duty West German Luftwaffe pilots were flying Mig-21s for the North Vietnamese Air Force. Jabby Jabara was one of the few pilots who might have spotted it.