Home Life Who gives a damn? 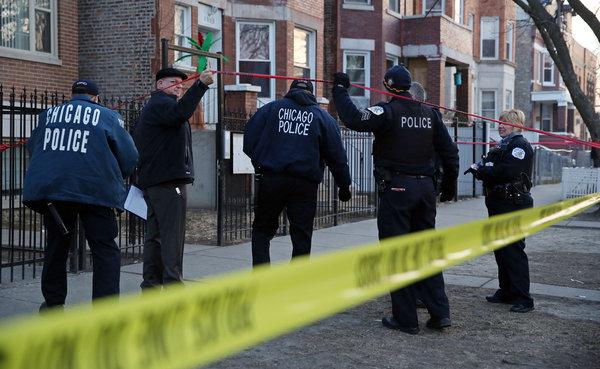 “The latest fatal shooting killed two men and wounded three others late Sunday night in Morgan Park on the Far South Side. The shooting happened about 11:52 p.m. in the 11300 block of South Carpenter Street, Chicago police said. A group of people were outside when someone fired shots. A 26-year-old and 41-year-old man suffered fatal gunshot wounds. Another 26-year-old, man a 37-year-old man and a 48-year-old man were also struck by bullets and taken to area hospitals, police said.

“About 10:45 p.m., the 21-year-old was standing outside a vehicle in the 8200 block of South Cottage Grove Avenue when he was shot in the back as another vehicle drove by…Earlier, a man was killed in Little Village on the Southwest Side. About 20 minutes before that, a man was killed and a woman was injured in the Loop…On Saturday morning, a man was shot to death in Humboldt Park on the West Side. Anji Webster, 26, was shot multiple times at 6:28 a.m. in the 3400 block of West Ohio Street. About three hours earlier, another man was killed in Little Village.

“Miguel Rios, 18, was driving south on Washtenaw Avenue at 3:28 a.m. when someone shot at him, authorities said. He was struck in the armpit and crashed the vehicle into a tree in the 2600 block of West 24th Street. Rios, who lived in Gage Park, was pronounced dead at the scene. Less than 20 minutes before that, one man was fatally shot and four other people were injured in Lawndale on the West Side.”[1]

The list went on and on! Just two days ago, it was again reported that “Fourteen mourners shot outside funeral home.”[2] Nobody gives a damn about those people. The New York Times, the Washington Post, CNN, MSNBC, and much of the mass social media aren’t inciting people to go to Chicago to protest and cause riots.

Last month, Chicago rapper Tray Savage happened to drive in Chatham on the South Side and dropped off his girlfriend in South Evans Avenue. It was just 11 a.m. “Hit in the neck and shoulder, Savage continued driving, striking three cars, police said. His girlfriend rushed to the car and pulled him from the driver’s seat. Savage was then taken to the University of Chicago Medical Center where he was pronounced dead.”[3]

When are we going to stop amusing ourselves to death? When are we going to dismiss the Black Lives Matte movement and the elite who supported the movement as gangsters and thugs? When will we use common sense and start thinking about the really deep issues that post beneath the protest movement? Why is Susan Rosenberg, a revolutionary and a convicted terrorist,[4] supporting Black Lives Matter?[5]

“We are trained Marxists. We are super-versed on, sort of, ideological theories. And I think that what we really tried to do is build a movement that could be utilized by many, many black folk.”[7]

In her book When They Call You a Terrorist: A Black Lives Matter Memoir, Cullors declare: “I read, study, adding Mao, Marx and Lenin to my knowledge and hooks, Lorde and Walker. I focus on young people and produce spoken-word events.”[8] The New York Post tells us, “was the protégé of Eric Mann, former agitator of the Weather Underground domestic terror organization, and spent years absorbing the Marxist-Leninist ideology that shaped her worldview.”[9]

Mann actually believed that terrorism should be used to get things done. Mann was in fact arrested in 1969 “for participation in a direct action against the Harvard Center for International Affairs… Mann and 24 other Weathermen were charged with conspiracy to commit murder after two bullets were fired through a window of the police headquarters on November 8, 1969. Mann surrendered to the police on four counts stemming from the November 8 incident: conspiracy to commit murder, assault with intent to commit murder, promotion of anarchy, and threatening.”[10]

Mann was fighting against the police in 1969. 51 years later, BLM picked up Mann’s fight and projected it onto society. This again tells us that there is more to BLM than meets the eye and ear.