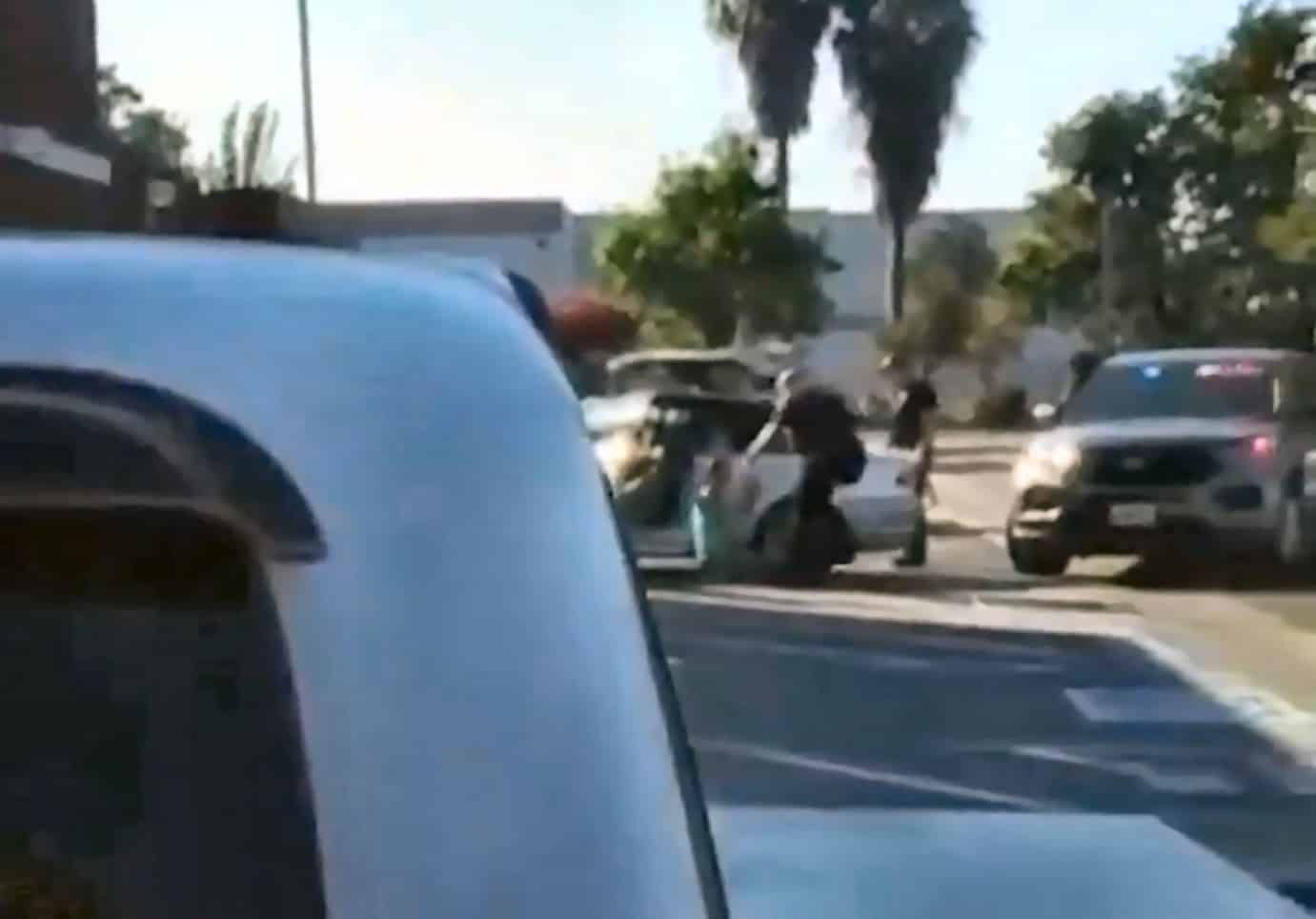 “She is kneeling on the ground, there is no resistance. The officer then kicks her in the abdomen. He grabs her and drags her across the asphalt so her face is dragging on the ground to locate her away from the car. Again, another excessive use of force,”

compliant, yet he kicked her while she was on the ground and then continued to punch her and then DRAG HER???? THIS WAS AT MCDONALDS ON SANTA CLARA IN SAN JOSE!!!!! pic.twitter.com/F0kywklXK5

San Jose resident Josh Gil shot the video Wednesday while picking up a DoorDash order. He said he was organizing the meals he picked up when he noticed the cops were in the parking lot.

“I heard the cops pull up behind that woman. I think she was with a family member and two kids,” Gil told San José Spotlight. “They pulled the guns out on them and demanded to get out of the car.”

CBS News: A San Jose police officer seen in cellphone video kicking and dragging a woman across a parking lot during an arrest has been placed on administrative leave, pending an internal affairs investigation of the incident, CBS San Francisco reports.

After more than 1.5 yrs of trying to get police discipline/use-of-force records from San Jose we sued the city today. Excuses galore were behind the delays but the bottom line's SJPD wasn't even close to complying with the #Publicrecords Act #SB1421 #SB776https://t.co/wNTyDtkeQi

The arrest happened Wednesday in a McDonald’s parking lot.

A Door Dash worker was picking up an order when he noticed a commotion involving police and started recording. Seconds into the video, the officer is seen kicking a woman who is on her knees.

He then tackles the woman while his partner officer points a gun at her. A passenger and children in the car can be heard crying out before bystanders start shouting at the officers, according to CBS SF.

The first officer handcuffs the woman behind her back and then drags her across the pavement face first.

“If anyone wanted a prime example of use of excessive force by a police officer, this incident is one,” LaDoris Cordell, a retired judge and a former San Jose Independent Police Auditor who has reviewed police use of force cases for the city, told CBS SF.