Home Government The Race Grievance Mafia on a Hot Seat 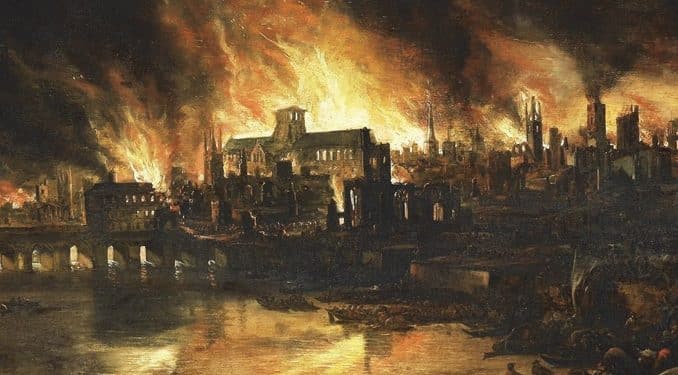 Alexis: Let me make it very clear: I am no supporter of Donald Trump. In fact, I am not bound by the Republican/Democrat ideology. But should we kill or stab or beat anyone who actually supports Trump? Do we have the courage to at least agree to disagree with certain people without resorting to violence and mayhem?

We all have heard the tragic case of Bernell Trammell, a Trump supporter who happened to be black. Trammell was sixty years old, but he was gunned down a few days ago because he was expressing his own opinion about Trump. That is not right! Once again, I hasten to ask, if the Black Lives Matter ideology makes any sense, why don’t we have signs and posters saying that Trammell’s life mattered?

If we are basing this whole thing on skin color, wasn’t Trammell black? So we idolize or apotheosize George Floyd, but we complete dump Bernell Trammell? How does that logic work? Obvioulsy one needn’t be a logician to realize that the Black Lives Matter ideology is logically unsustainable. And I am honestly waiting for the New York Times, the Washington Post, CNN, MSNBC, and much of the Zionist mafia to talk about the life and death of Trammell. I obviously would have taken issues with him on Trump, but he didn’t deserve to die.

What we are seeing over and over is that groups like BLM and Antifa are creating a dystopian world, one in which logic and reason are completely abandoned or deliberately ignored.

For almost two decades, Taleed Starkes has been performing community service via mentorship of male juvenile delinquents and dependents in the Philadelphia area. Starkes co-wrote a 2012 documentary titled, “Mothers of No Tomorrow,” which highlights the detrimental effects of urban terrorism (black-on-black homicides) in America’s inner cities.

Frustrated by the persistent urban violence and apathy from the people most impacted, Starkes penned a controversial book in 2013 that directly confronted the dysfunctional subculture and its apologists existing within the black community. The book was provocatively titled, The Un-Civil War: Blacks vs. Ni**ers. This endeavor made Starkes a hero to some and villain to others.

Starkes’ latest book, which was released in April 2016, is a continuation of the “Un-Civil War” series but takes aim at the purveyors of the victim mentality in the black community. It’s titled, Black Lies Matter. Both books are Amazon #1 best-sellers. Regardless of whether Starkes is cheered or jeered, he remains dedicated to using truth as a means to stimulate positive change.

Alexis: You argue in your book that the ideological purpose of movements like Black Lives Matter is “to start racial infernos.” People in those movements, you say, “racialize not harmonize….The Race Grievance Industry’s sole purpose is to profit from racial strife under the guise of pursuing racial peace. Its modus operandi is rooted in a lie that refuses to die: blacks are permanent victims of racism and no amount of effort will overcome it.” Expand on that for us here.

This Race Grievance Industry cunningly and unremittingly utilizes three schemes to sustain itself: black victimhood, white guilt, and political-correctness. In other words, it reinforces black victimhood by propagandizing America as an inescapable, racist labyrinth.

Secondly, it exploits white guilt because white guilt is simply the gift that keeps on giving. Lastly, political correctness is both its shield and its weapon against criticism; critics are easily broad-brushed as racists or disagreeable right-wingers. Overall, I refer to these three schemes as the “Unholy Trinity.”

Furthermore, with unchecked liberalism as its ally, the Race Grievance Industry is culpable for today’s racial divisiveness and anti-cop commotion plaguing America. However, this troublesome reality partly exists because we, as a nation, have ignored this cancer as it metastasized. Consequently, we’re suffering for our deliberate ignorance.

Understand that the Race Grievance Industry has many front organizations and troll groups, but Black Lives Matter (BLM) is its militant wing and general purpose mob. Although BLM attempts to present itself as a modest grassroots movement spawned from injustice, it’s actually an AstroTurf movement spawned to generate racial agitation/division, civil unrest, and lawlessness — while pushing a Marxist, anti-police agenda— under the pretext “black issues.”

This is why this wholly-owned subsidiary of the Race Grievance Industry isn’t on the front line in inner cities fighting against true “black issues” such as single-parent homes and urban terrorism (black-on-black homicides). Alternatively, BLM is on the front line at cherry-picked locations rallying for the worst elements in the black community — black criminals killed by cops, specifically white cops. Community liabilities (e.g. Freddie Gray the serial heroin dealer) who should’ve been toe-tagged and summarily dismissed as cautionary tales to black youth are instead hashtagged and held up as martyrs. At face value, BLM is actually Black Lowlives Matter.

Undoubtedly, BLM realizes that the victim mentality it peddles will evolve into racial vendettas, which then manifests as racial violence. In fact, the parents of two young men who recently shot at police blamed BLM’s rhetoric for their sons’ actions. Emphasis must be placed on the fact that Black Lives Matter isn’t a bridge to cross into racial harmony; it’s a bridge to burn.

Alexis: You say that Al “Shakedown” Sharpton, who was an FBI informant, “has enriched himself by threatening companies with bad publicity if they didn’t financially support his agenda.” You quote the New York Post saying,

Sharpton is obviously a nutcase. But there is no doubt that he is a product of what you call the “Race Grievance Industry.”

Starkes: Yes, Al Sharpton’s short resume includes FBI informant and even tax dodger, but race hustler extraordinaire is his foremost qualification. Dumpster diving for racism is unquestionably his favorite pastime, and his mastery of the shakedown should make La Cosa Nostra envious.