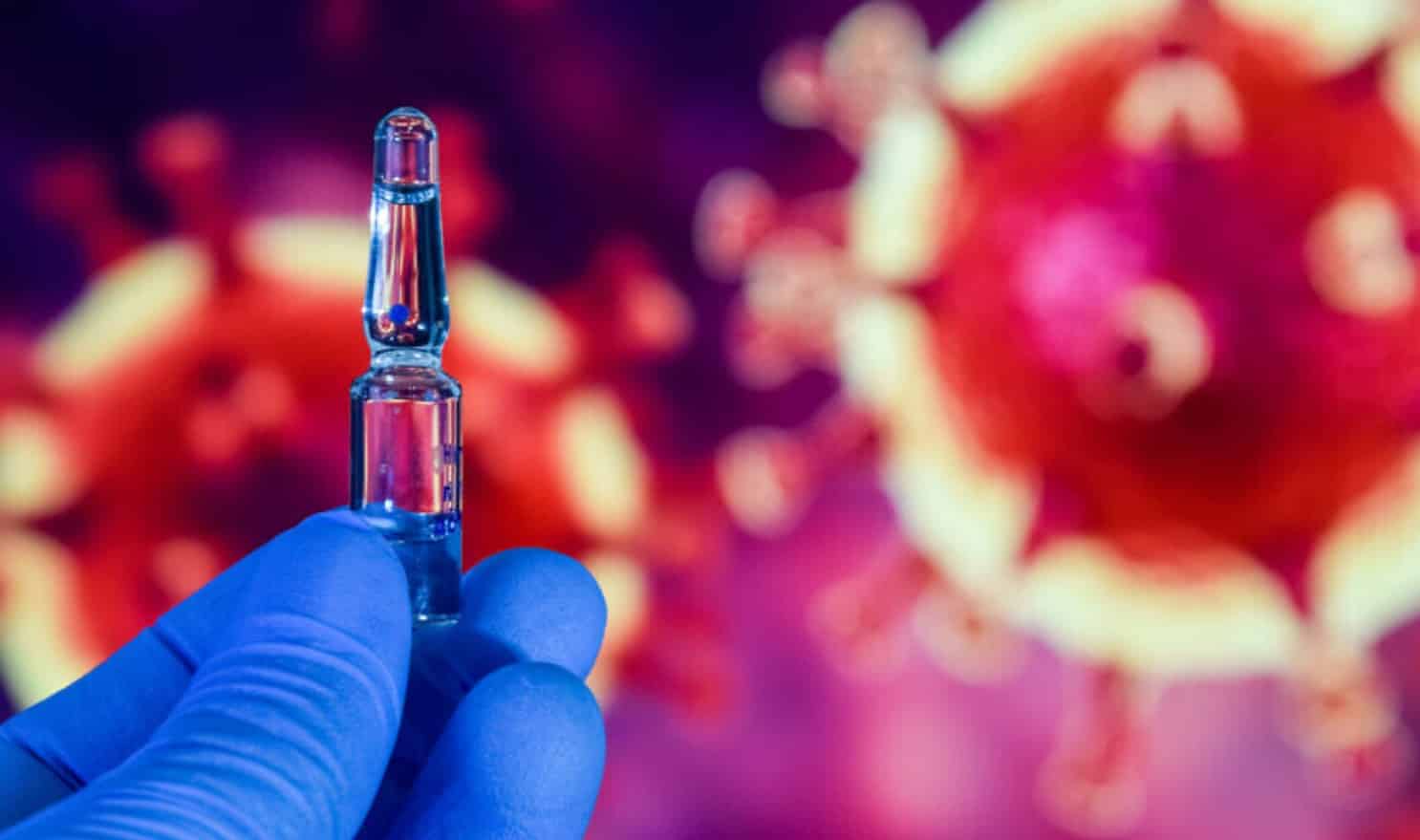 Anti-vaxxers who are mask and lockdown denialists, backed by Trump, responsible for 140,000 dead Americans so far and a destroyed economy

Times of Israel: With opponents of vaccines upping their ante against a potential coronavirus shot, an Israeli physician just released research that is expected to become a key weapon in attempts to debunk their claims.

Noam Tau of Sheba Medical Center has published a peer-reviewed study claiming that the US Food and Drug Administration (FDA) is highly effective in assessing the safety of vaccines before their release, and tracking their safety record afterwards.

Alarmed by the prospect of predominantly-American “anti-vaxx” ideas spreading, Tau set out to give a simple answer to what he considers a key question: Can the US public trust the FDA on vaccine safety?

He found that the 57 vaccines approved from 1996 to 2015 have yielded some 58 safety-related issues — which he said is, counterintuitively, reassuring. He concluded that none of the safety issues caused significant harm to health, which indicates that the initial approval process is robust.

The fact that the FDA’s system for the ongoing monitoring of vaccines, his source of information, identifies the safety issues shows that it is reliable and comprehensive, he argues.

Tau said that this should provide a simple illustration that vaccines that receive approval are safe. “I know I won’t sway dedicated anti-vaxxers, but I hope that the many people who are on the fence will be swayed by this study to vaccinate their children,” he commented.

He said he is not particularly worried about anti-vaccine movement in Israel as it currently strands, but is concerned that the US could fail to achieve herd immunity because of its influence there.

Dr. Anthony Fauci, the US government’s top infectious diseases specialist, spoke of the possibility that low take-up rates of a prospective COVID-19 vaccine could cause America to fall short of herd immunity. He commented in the same interview that “there is a general anti-science, anti-authority, anti-vaccine feeling among some people in this country — an alarmingly large percentage of people, relatively speaking.”

Tau said that the research can build public trust in this atmosphere. “My study points to very high safety levels of vaccines, and it’s important that this kind of clear information is available right now, if public confidence in vaccines is to be built,” he said.

A specialist on the quality and safety of drugs and medical devices, Tau co-authored his paper with Dafna Yahav and Daniel Shepshelovich, doctors at Rabin Medical Center and Sourasky Medical Center respectively.  The three researchers are also affiliated to the Sackler School of Medicine at Tel-Aviv University.

Despite the excitement internationally about COVID-19 vaccine research, polling indicates that only 49 percent of Americans say they would get a coronavirus shot. The survey, by the Associated Press and a research institute, found that 20% of those polled were clear that they would not get a shot, while 31% were unsure.

Concern about anti-vaxx activists is growing in the US and elsewhere, and on Friday, Britain’s Prime Minister Boris Johnson called them “nuts.” Some of the activists have spread conspiracy theories regarding Bill Gates, which the billionaire has denied.

Common themes in anti-vaxx propaganda include a link (disproven) between vaccines and autism, and claims that vaccinations cause sudden infant death syndrome (SIDS), allergies, and a range of other medical issues.

Tau answered questions for The Times of Israel just before his study was published in Annals of Internal Medicine.

It’s surprising for a researcher in Israel to be trawling records of America’s FDA to give an answer to the predominantly-American phenomenon of vaccine opposition. Why is the issue important to you?

We all wear Nike and use iPhones. Technologies are disseminated fast, so are viruses, and the same can be the case with the anti-vaxx movement.

It will get more widespread of we don’t act fast. And the anti-vaxx movement is starting to make tracks elsewhere in the world and this is a bad thing to be happening at a time when infectious diseases are at a low worldwide. This needs to be nipped in the bud, for humanity’s sake. If trust in the future vaccine in the US drops to a low level, other countries may follow their footsteps, with people saying, “If the Americans don’t do it [vaccinate] why should we?” I’m worried about this.

You are a specialist on safety of pharmaceuticals. How do vaccines compare to other products?

There are fewer economic pressures — companies make less money from vaccines that other products — and actually the monitoring is better than in other areas of medicine.

Your study looked at all vaccines approved by the US Food and Drug Administration between 1996 and 2015 — 57 altogether — and found that after approval, there were some 58 safety-related issues associated with 25 vaccines. Isn’t this cause for concern?

No. Most of the safety issues were very mild and non-significant, like fainting upon receipt of a vaccine, or simply when a company put out a notification to say the top of the little glass container has changed and if you’re allergic to latex take note — just a preemptive notice.

One vaccine was withdrawn. What was the issue? And what is learned from this?

We see there has only been one vaccine that has shown any problems that were more common than the FDA would permit, and the problems are still very rare. One in 5,000 to 10,000 people had a mild bowel side effect from the RotaShield vaccine for rotavirus. Nevertheless, it was removed from the market, and the fact it was removed quickly after approval actually points to the effectiveness of the monitoring systems for safety.

What do you say to those people who accept that your report is reassuring regarding past vaccines, but given the rush for a COVID-19 shot, fear lower safety levels?

Safety standards are robust and aren’t compromised in general, and especially given the high profile of current developments, will remain so. My study shows that follow-up monitoring, as well as initial approval, is very thorough, so ongoing scrutiny will be relentless. And it’s worth knowing that most proposed coronavirus vaccines use familiar technologies which we already know to be safe — changes are minimal, though new vaccines will nevertheless be thoroughly tested.

You have significant concerns about anti-vaxx activists undermining the effectiveness of COVID-19 vaccination programs. Tell me about this.

In Israel, vaccination levels for a future COVID-19 vaccine are likely to be high, as, in general, we have a very high percentage of vaccination, one of the best in the Western world, above 90%. So I’m optimistic about the Israeli population accepting vaccinations when available.

But the US is different, and the question is whether the US will be considered a restricted country for travel, still requiring quarantine on return, because vaccination levels may be lower than required for widespread protection for coronavirus. We don’t know the number needed for public protection, but for other diseases it is 80% to 90%.

Vaccines work on a personal level, to protect the person who receives it, but when you get to a high enough level among the public it also protects the whole society, providing herd immunity, and possibly making the disease all but disappear. If too few people take the vaccine, there isn’t herd immunity.

A patient is wheeled out of Elmhurst Hospital Center to a waiting ambulance, April 7, 2020, in the Queens borough of New York, during the coronavirus outbreak. (AP/Kathy Willens)
And people need to understand that with COVID-19, herd immunity won’t happen on its own — in most countries only 1% to 5% of the population has been infected, and we don’t know whether having been infected actually provides lasting immunity anyway.

So you are concerned that the anti-vaxx movement could cause the US to fail in achieving herd immunity, with one result being that when quarantine-free international travel restarts, America would be excluded?

Yes. I think it might happen, especially if the FDA doesn’t succeed in providing the vaccine so it’s really free for all, as this will decrease the number of people taking the vaccine. Even if it’s just $5, this may have an impact. There will be people saying [of the authorities] that if you don’t have it for free it shows you don’t really want us to take it.

Opposition to vaccines is a phenomenon that spans religions and cultures, but do you have any thoughts about its popularity in some parts of the Haredi community?

I am definitely worried about pockets of the Haredi community, mostly in the US, but also some in Israel, where there is opposition to vaccination. It’s scary, plus we don’t need any more excuses for anti-Semitism.

If, within a year, we see that some of the pockets in the US that are not vaccinated have large Jewish communities, it may sway some more radical parts of the US population to say, “Listen, it’s not the disease; it’s just the Jews.”