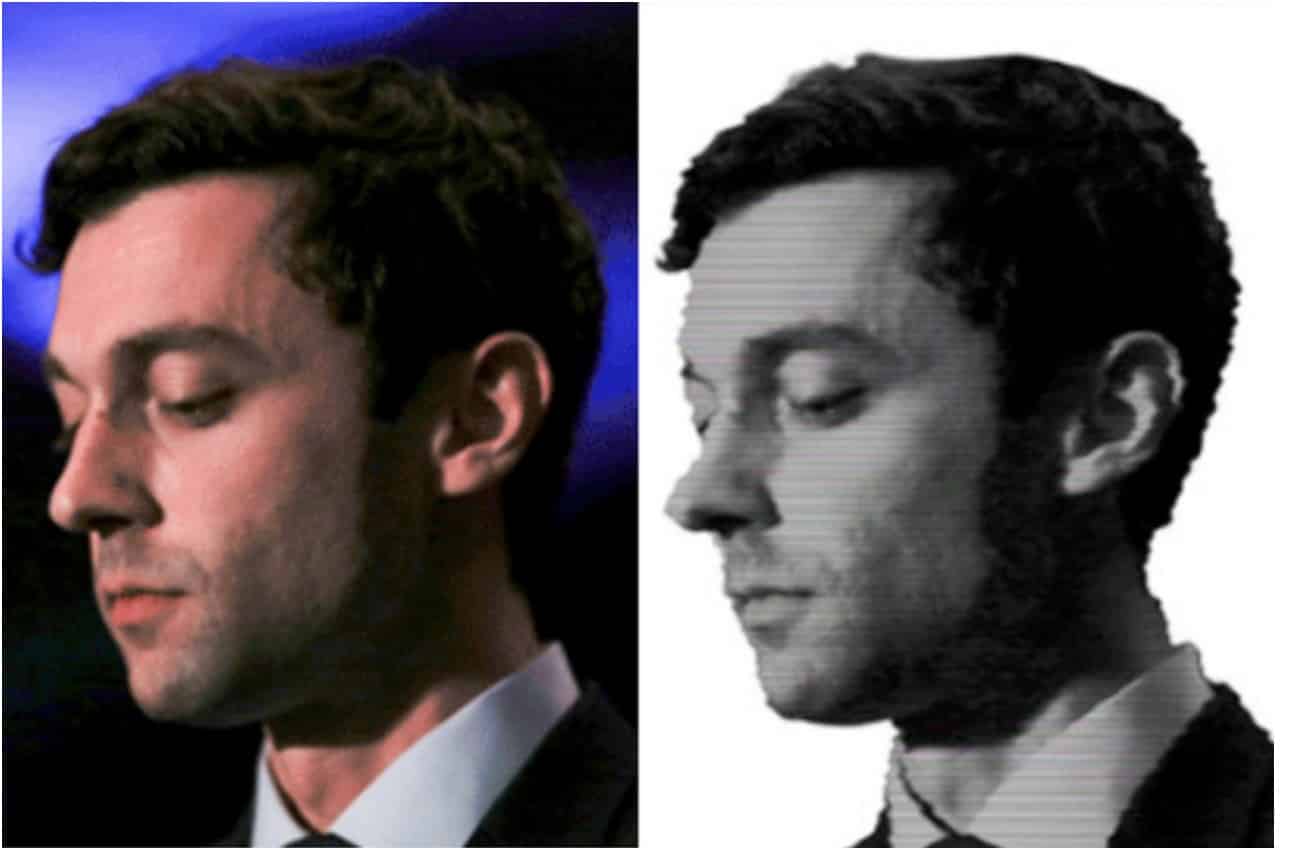 The VT ‘Twitter Storm’ below has a purpose.  Without proof this is reported elsewhere, VT would be accused of ‘Semitism.’  We don’t want that.

However, we did predict, over and over, that the Fascism of neo-conservatism and Trump’s ‘Nativism’ would manifest itself in childish Jew hating and photoshopping big noses on Democratic candidates.

Please note that the ADL is totally silent on this.  It seems you can hate Jews but back Evangelical Armageddon nut cases and still be perfectly OK with the Mossad.

Earlier, in Photoshop, I copied the white background of the Perdue ad, then placed it over the original. Then desaturated. You can see that had it been simply a bad job of removing the background, there would be some dark background surrounding the nose. The nose was stretched. pic.twitter.com/zNtxHGNLOo

The ad claims that “Democrats are trying to buy Georgia.”

This is blatant antisemitism. It’s not an accident. It’s their platform.@Perduesenate, apologize now. pic.twitter.com/h0sOpllgHe

Like many, I am horrified by what I saw in Senator David Perdue’s attack ad against Jon Ossoff. Antisemitism has no place in our state and in our country, let alone in politics.

We are better than that. https://t.co/Sqk8eyyvFj

This was no accident https://t.co/DR1KZQMOKi

If you didn't know it before, you should now know @sendavidperdue is a #Jackass, allegedly. Vote @ossoff. #VoteBlue https://t.co/30LjiE9KbY