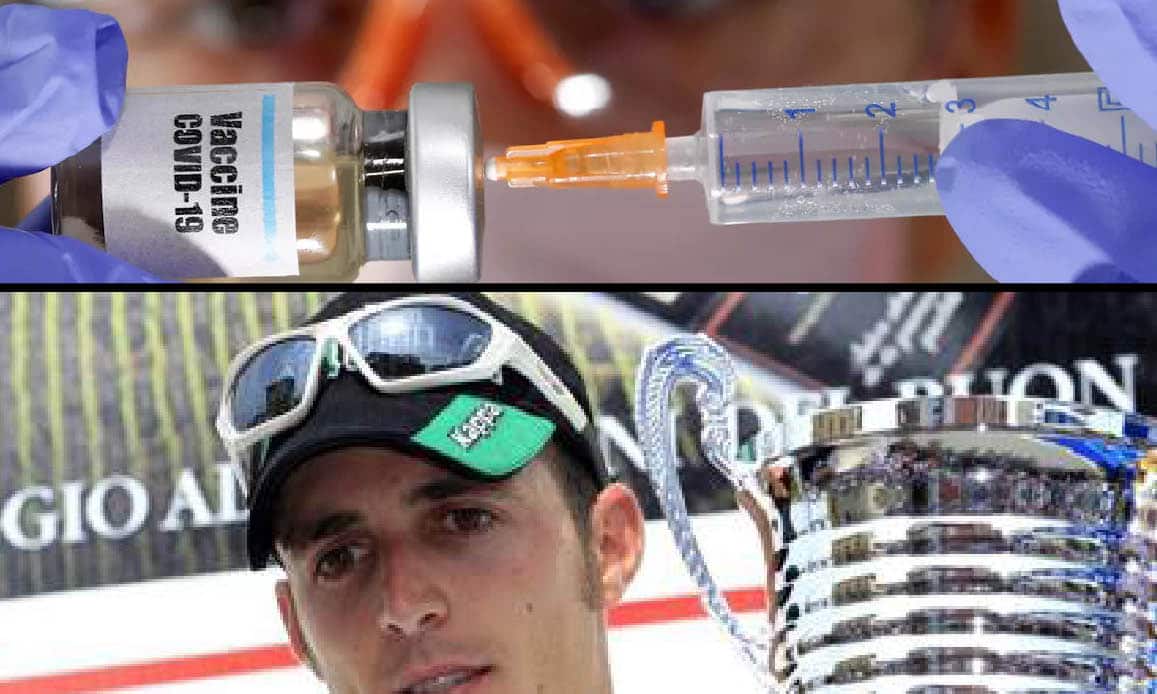 «AstraZeneca has reached an agreement with the European Inclusive Vaccines Alliance, led by Germany, France, Italy and the Netherlands, for a supply that will reach up to 400 million doses of the COVID-19 vaccine from the University of Oxford and whose distribution will start from the end of 2020». The company announced this, confirming the announcement of Italian Health Minister Roberto Speranza.

What the company does not disclose is its judicial history that sees it protagonist of health scams, doping and even the spread of an antipsychotic suspected of having induced a young boy to commit suicide for multiple stab wounds.

It is common ground that unscrupulous companies operate in the world of pharmaceutical corporations, but Minister Speranza, before celebrating the distribution of the vaccine by a foreign multinational, should have done at least two small researches.

If he really wanted to protect the health of Italians, it would have been enough for him to read Wikipedia in English because it contains all the “controversies” that the company chosen by the main European countries was subjected to in order to distribute the next vaccine against Covid- 19 in Italy.

Who is equipped with minimal intelligence and will to search for the truth has obviously already read the multiple reports written by Gospa News on the increasingly accredited theory (supported by now 15 scientists and intelligence experts) of the SARS-2 built in the laboratory for multiple purposes that in part we have already narrated and in part we will narrate by explaining the Deep State of China that together that of the USA has produced and spread it.

But today we see what is the splendid criminal record of Astra Zeneca, the Anglo-Swedish multinational participated by the arms lobby (as explained in the previous article) that has been chosen by European countries including Italy to distribute the next vaccine.

«In April 2010 AstraZeneca settled a qui tam lawsuit brought by Stefan P. Kruszewski for $520 million to settle allegations that the company defrauded Medicare, Medicaid, and other government-funded health care programs in connection with its marketing and promotional practices for the blockbuster atypical antipsychotic, Seroquel – we can read on Wikipedia – According to the settlement agreement, AstraZeneca targeted its illegal marketing of the anti-psychotic Seroquel towards doctors who do not typically treat schizophrenia or bipolar disorder, such as physicians who treat the elderly, primary care physicians, pediatric and adolescent physicians, and in long-term care facilities and prisons. In March 2011, AstraZeneca settled a lawsuit in the United States totalling $68.5 million to be divided up to 38 states».

«In 2007, Marcia Angell, former editor-in-chief of the New England Journal of Medicine and a lecturer in social medicine at the Harvard Medical School, said in Stern, a German-language weekly newsmagazine, that AstraZeneca’s scientists had misrepresented their research on the drug’s efficiency, saying “Instead of using presumably comparable doses [of each drug], the company’s scientists used Nexium in higher dosages. They compared 20 and 40 mg Nexium with 20 mg Prilosec. With the cards having been marked in that way, Nexium looked like an improvement – which however was only small and shown in only two of the three studies».

Having enough money to avoid convictions. But not to avoid the dead. Because unfortunately a young American who used that “strange” drug has cracked in at least suspicious conditions.

«In 2004, University of Minnesota research participant Dan Markingson committed suicide while enrolled in an industry-sponsored pharmaceutical trial comparing three FDA-approved atypical antipsychotics: Seroquel (quetiapine), Zyprexa (olanzapine), and Risperdal (risperidone). University of Minnesota Professor of Bioethics Carl Elliott noted that Markingson was enrolled in the study against the wishes of his mother, Mary Weiss, and that he was forced to choose between enrolling in the study or being involuntarily committed to a state mental institution».

«A 2005 FDA investigation cleared the university. Nonetheless, controversy around the case has continued. A Mother Jones article resulted in a group of university faculty members sending a public letter to the university Board of Regents urging an external investigation into Markingson’s death».

In the end, other media reported, only the boy’s guardian was internally reprimanded who had not adequately informed him about the side effects of the psychiatric drug before he committed suicide with several stab wounds.

Obviously not we can hold Astra Zeneca responsible for anything for an antipsychotic drug that has occasionally proved so terribly fatal. But the suspicions about the products of the pharmaceutical multinational become more embarrassing in the case of a drug deemed doping and used by a sportsman even before its marketing. As if that cyclist was a guinea pig …

«On July 27, 2015, Fabio Taborre (Androni-Sidermec) returned a positive doping test result for the banned blood-booster FG-4592 in an out-of-competition control on June 16, 2015. FG-4592 (Roxadustat) is in phase 3 clinical trials and has not yet been commercialised. The drug was developed jointly by FibroGen and AstraZeneca. UnlikeErythropoietin (EPO), which directly stimulates the production of red blood cells, FG-4592 is taken orally, and stimulates natural production of EPO in a manner similar to altitude training».

It is important to note that the drug had not yet been commercialized therefore the cyclist Taborre (then arrested for theft after the failure of his sports career due to doping) could not buy it in the pharmacy as athletes looking for exceptional performances do.

Where did he retrieve the doping medicine that was not anxora in free sale in the pharmacy? Was it provided directly by the company? Questions for now unanswered because in the era of PalamaraGate it is dangerous for magistrates to ask too many questions when they involve companies chosen by the Democratic Party …

Minister Speranza, an exponent of the Democratic Party who through the national political secretary Nicola Zingaretti is intrigued with the business on vaccines as shown in WuhanGates 15, is aware of this criminal cutticulum of Astra Zeneca and the sostiee anyway or a simple ignorant who doesn’t even know what treatments are useful for the CoronaVirus pandemic as highlighted in previous articles?