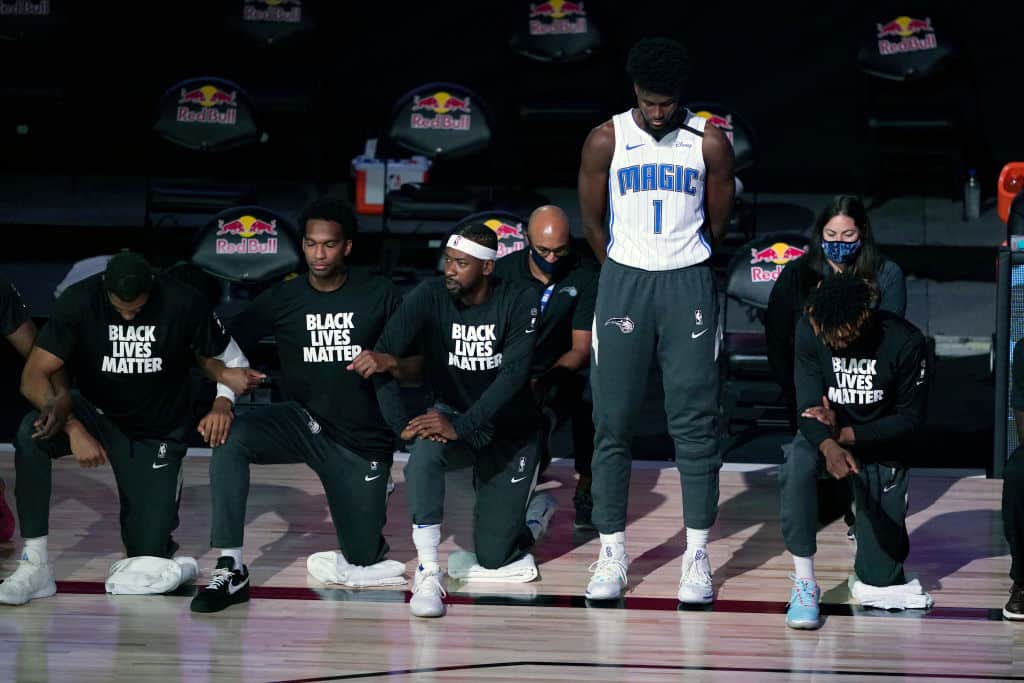 The NBA games have already been resumed, and the Grievance Industry has already seized the moment. NBA players are now considered social justice warriors because they have painted “Black Lives Matter” on their jerseys.

“Black Lives Matter” is even printed in block lettering on the basketball court. Players were offered no less than 29 messages for their jerseys: “Black Lives Matter”, “I Can’t Breathe”, “Justice”, “Peace”, “Equality”, “Say Her Name”, “Anti-Racist”, “Respect Us”, “Love Us”, “Libertarian”, “Education Reform”, etc.[1]

As we have already seen in previous articles, this is a ploy by the oligarchs and the elite who control and dominate the political climate. Once again, did BLM respect black lives like Bernell Trammell and police officer David Dorn? Didn’t they kill those decent people in cold blood? Is killing innocent men congruent with “equality” and “respect us”?

In any event, the Grievance Industry is failing because its ideological principle is based on faulty premises—premises that can be dismissed with little mental gymnastics. And NBA players are figuring out that this BLM movement is nothing but a hoax.

One of those players is Jonathan Isaac, who plays for the Orlando Magic. Isaac has recently refused to kneel during the national anthem as the NBA restarted its season. “Every single player wore Black Lives Matter shirts and took a knee during the anthem on day one, but Isaac didn’t follow suit before the Magic’s game against the Brooklyn Nets on day two. The power forward took a stand — literally — and was the only player not wearing a Black Lives Matter shirt while the anthem was played. Instead, he wore his team trackpants and jersey.”[2]

Isaac explained his decision this way:

Isaac brings Logos to the equation, which obviously is a threat to the powers that support the Black Lives Matter Movement:

Obviously Isaac is not following the elite and the oligarchs who are pouring millions upon millions of dollars to the BLM movement and other proxy warriors like Antifa. Two cheers for Jonathan Isaac.