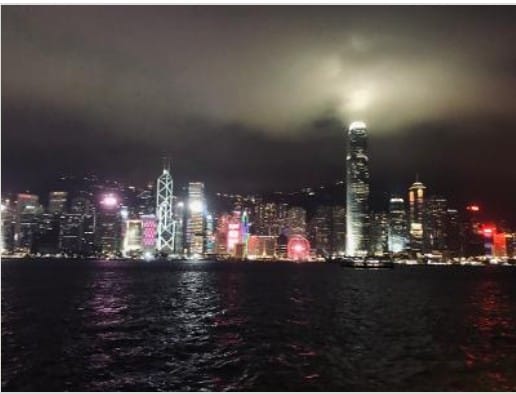 I just spent two weeks in the United States, investigating, analyzing the situation there. I worked in Washington D.C., Minneapolis, where Mr. George Floyd was murdered by deranged cops, in New York City and Boston.

COVID-19 was at my tail, as the states kept opening and closing, frantically. Demonstrations were shaking the country, protests against endemic racism and discrimination have been erupting in hundreds of cities and towns.

In several of my reports, I described confusion and deep contradictions, which have been devastating this, still the most powerful nation in the Western world.

While feverishly working in the United States, I was often thinking about Hong Kong.

The deeper the crisis in the United States, the more aggressive Trump’s administration was attacking Beijing, often via Hong Kong. As if desperately searching for a culprit, for an excuse, for justification, why North America has been shaking so violently, why it has been cracking and collapsing.

Unwilling to take responsibility, the regime needed a foreign ‘element’ which it could accuse, to blame for broken pavement all over Manhattan, for tents erected by homeless people at many corners of the District of Colombia, for once modern and proud metro-rail of the capital city which was lately beginning to resemble a transportation system in some poor developing country.

The regime needed to blame someone else for so much dissatisfaction, indignation, and confusion. And it was determined to produce an ideological enemy whom it could insult on a daily basis while escaping liability for scandalously inept management of the COVID-19 tragedy.

China! Trump’s index finger kept pointing towards the mighty dragon of the east. Embargo after embargo, sanctions after sanctions were imposed. China’s Communist Party members were banned from entering the United States. Trade restriction walls have been growing higher and higher. U.S. Navy ships were sailing, provoking China, right next to its shores. Millions of dollars were dispersed among the brutal rioters in SAR, just in order to provoke authorities and spread chaos.

Hong Kong, particularly its new national security law, has been sitting on the front pages of U.S. newspapers and magazines. The law, which this author and many of his colleagues described on several occasions as an absolutely normal, logical and necessary piece of legislation, was selected by Washington as its rallying cry, as a symbol of the anti-Chinese policy.

Most Hong Kong residents, both those who support their government and those who are critical of it, are well aware of the obsession of President Trump and his lieutenants Pompeo, Rubio, and others, with their SAR. They clearly understand that the government of the United States is behind the 2019/2020 riots.

What they don’t know is that this fascination with Hong Kong comes exclusively from the top of the U.S. establishment. It has absolutely nothing to do with ordinary citizens.

During my latest journey to the United States, I interacted with many people, people who are residing in several states. I listened to them; to their grievances, hopes, outrage. I was also interviewed in the city of Minneapolis. At the end of my visit, I concluded: right now, the situation in the United States is so bad, that vast majority of its citizens is deeply preoccupied with their basic existential problems: how to keep their jobs, how to survive, to pay mortgages, student loans, and medical bills.

They have near-zero interest in a faraway city, Hong Kong, which, anyway, enjoys the reputation of having a much higher quality of life than, for instance, New York, and which sits on the so-called ‘freedom index’ well above the U.S.A. itself. 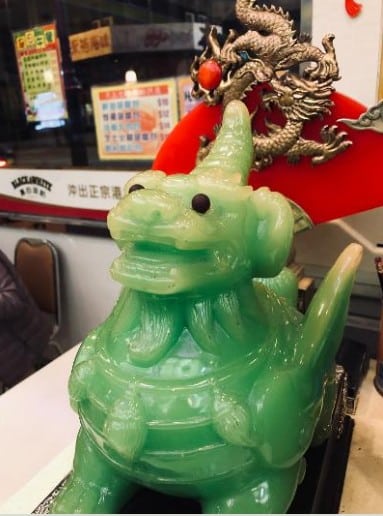 Ask those common American folks about Hong Kong, and if they know anything about it at all, it will be an abstract vision of a shiny skyline of a super-rich Asian city, plus the Cantonese food. Even the very concept of SAR is only for the intellectuals, particularly for those who are interested in international politics, meaning just a tiny minority.

However, antagonizing foreign countries, as well as the United Nations, is always cheap, one could say vulgar, but very effective political ‘move’ before the elections. Many U.S. presidents were using it in the past. Some even went to wars or overthrew foreign governments, killed thousands of innocent people.

All this has nothing to do with the principles or ethics. Do not search for logic, either.

Freedom, liberty, democracy – all these are abstract terms in today’s America. At closer examination, most of Americans are not free at all. They are scared, very scared, and they are shackled, financially but also through the toughest laws imaginable, much more than the citizens of other countries.

Antagonizing, provoking China, has nothing to do with some ‘fight for democracy and freedom.’ Most Americans have no idea about whether China is democratic or not. To comprehend Chinese democracy and socialism with Chinese characteristics would require at least some basic knowledge of Chinese culture and history.

Such knowledge is desperately lacking in the United States, among the general public, and even at the ‘top,’ among such people like Steve Bannon, an extreme right-wing maniac, or Peter Navarro, a top Trump’s advisor, who writes about China, who is bashing China, but knows close to nothing about it.

In turn, deciding whether Hong Kong is free and democratic would at least require an understanding of the concept of SAR.

The recent events clearly indicated how brutal, how undemocratic is the United States.

The situation at home should be the main preoccupation of the U.S. citizens. And, frankly, it actually has been, lately.

Hong Kong citizens should realize that their territory has been converted into a political football by both Washington, London, and Brussels.

But a big city, an important territory, and especially the lives of its citizens, should never be reduced to a game.

Elections in the U.S. will take place, and they will pass. Soon after, American voters will forget about Hong Kong. They don’t care about it even now. In a few months, they will want to know absolutely nothing about it, except, as before, cliché photographs, and great food.

But the damage to Hong Kong and its people who are being sacrificed for political gains in Washington, would not be easy to undo.

It is now, and it will be then: Beijing is the one which has been genuinely concerned, and which will always be ready to defend its citizens.