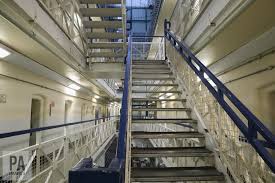 For any inmate that enters a prison or jail, the administration has only two goals in mind – to secure them from the public and to rehabilitate them. The latter is given more importance than the former. Rehabilitation of an inmate, to ensure his or her smooth re-entry into society is one of the prime directives that any government tasks a correctional system with. For this, many administrations use several tools and processes that ensure the holistic rehabilitation of prisoners to reduce recidivism.

Recent studies have shown that nearly 64% of inmates who had been convicted of violent offenses were arrested again within eight years. The rate for non-violent offenders was just 40%. Given the high amount of inmates who circulate through the U.S. prison and corrections system (2.3 million people in over 6,000 facilities), these rates are not at all desirable.

However, experts in the field have been closely collaborating with facility administrations and various law enforcement agencies to create approaches that reduce these numbers.  While achieving a zero figure would be difficult, a conservative guess can see these figures drop to low tens.

While most of these programs and approaches have shown measurable positive results, consistency has is yet to be seen in some cases. This is mostly in part because every inmate has an individual persona and a unique way of responding to situations. However, adequate psychological and other checks and balances are used to ensure that a particular form of rehabilitation is applied only to suitable inmates.

So What Are These New Approaches?

For inmates who qualify, there are several approaches that have been used by authorities across the country, that allow their incarceration to have a positive effect. These can fall under two different categories:

Courts and law enforcement agencies across the country are increasingly favoring this approach where a convicted individual is offered an alternate method of serving out their sentence, bypassing incarceration completely.

Entry into a work-release program facility is an example of this. Inmates are allowed to leave the facility for working at jobs but are required to back after work hours. This allows them the flexibility to earn a living and keep their skills sharp. Some such programs and facilities may also offer end-to-end employment services, which aid an inmate in upskilling, preparing for a job interview, finding employment at appropriate places, etc.

You can find your inmate and special facilities that allow work-release and rehabilitation programs at theinmatesearch.org, While participating in such programs, the restrictions on inmates when it comes to things like visitation, contacting their families, and receiving packages from loved ones are less. This helps maintain a positive bond between the inmate and the outer world, further reducing the friction of re-integration into society on completion of their sentence.

Both Police and court led programs of this manner have shown measurable positive results.

When inmates are found to be unsuitable for diversionary programs, the only option left to prison administration is to ensure that they are provided with the opportunity to participate in rehabilitation initiatives within the prison itself.

Even in this, there have been drastic changes in the programs that are used to reduce recidivism among prisoners.

Continuing the Effort on Release

Law enforcement agencies and administrations have begun to understand that the toughest time for an inmate is the period just after release. Having to make it on your own in the world, after leading a regimented life in prison is scary. Inmates usually walk out into the world with uncertainties about employment, healthcare, and the counseling facilities that were provided to them while incarcerated. As such, the need of the hour is to create an ecosystem of follow-up programs that give access to inmates till the time they can set themselves up.

In conclusion, recidivism cannot be only curbed by simple incarceration. It is a much more complex and layered issue than normally understood. Guaranteeing an inmate something close to life as normal is a key step in the process of reducing the rates of recidivism among inmates. Also, providing them with the means to earn a livelihood, provide security for their families, and the chance to contribute to society can drastically reduce the friction of reintegration.

Recidivism needs to be tackled by an ecosystem approach that spans both the duration and release periods. Piecemeal objectives can no longer serve the purpose they once served. Constant research and a means to ensure the holistic rehabilitation of prisoners will be the only way in which recidivism drops from the alarming levels it is now at.