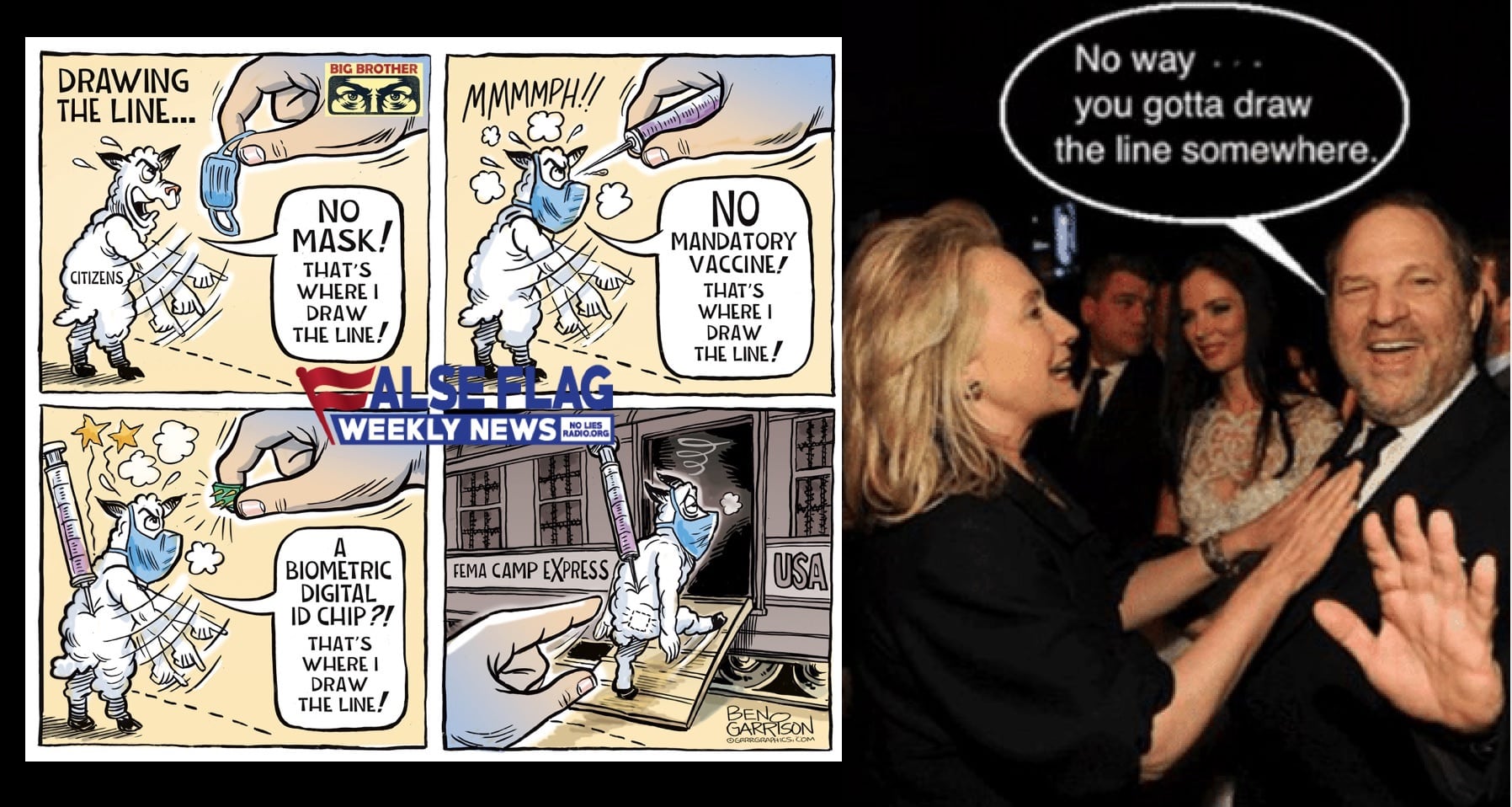 “You gotta draw the line somewhere!” The expression usually suggests that going beyond a certain point would be unacceptable. If you never draw that line, never say “this far and no further,” you’ll just keep getting pushed farther and farther, revealing your total lack of integrity, even ontological substance.

Personally, I drew the line after 9/11. I wasn’t going to shut up and go along with that. So instead of teaching Islam and Humanities here I am writing for VT and other alternative outlets.

More mundanely, I recently had to deal with a contractor who kept putting off an important job I had paid for. I like the guy and hate to be rude to him. But his endless excuses, not to mention failures to call back, finally forced me to read him the riot act, which was what it took to prod him into action.

So yes, as even Harvey Weinstein might agree, you have to draw the line somewhere. But where? That’s the million dollar question.

Everybody accepts, as Scott Bennett does in today’s False Flag Weekly News, that any sufficiently terrible pandemic would justify emergency measures that restricted civil liberties. For example, imagine that Bill Gates is right and “Pandemic 2” turns out to be vastly worse than COVID. It might have an asymptomatic latency period of three months, during which it might be incredibly, massively contagious, say three times more so than COVID. And it might have a fatality rate of 10% or 50% or 99%. It might threaten to reduce life expectancy to near zero. In the face of such a pandemic, nobody would resist an order to wear N95 masks in indoor public spaces.

Some people think COVID is bad enough to justify extreme emergency measures. One of our viewers responded to today’s FFWN as follows:

Bennett is a tiresome libertarian. Can’t cry fire in crowded theater; quarantine is valid during epidemics.

Depends on how bad the epidemic is, and how reasonable the quarantine measures are. So let’s think rationally and quantitatively about risk to life.

The Founders might have agreed that anything that radically reduced their life expectancy (less than 40 years) by a subtantial amount, say 5 or 10 years, might necessitate suspending liberties. A hardcore libertarian would say that should still be our baseline: Anything that doesn’t reduce our life expectancy significantly below the Founders’ should not be the cause for suspending civil liberties.

Today our life expectancy is 78 years. With a super-healthy lifestyle (no booze, low calories, low carbs, mega exercise, mega fresh green veggies, lots of vitamin D, melatonin, etc.) you can raise it to about 88 years.  The government could force everyone to do those things and gain 10 years HEALTHY average life expectancy.

COVID at the very worst will shave a year or two off life expectancy. The years it takes away are disproportionately old and sick years, not healthy years.

But people are too stupid to think rationally about such things.

I am still waiting for her rebuttal. I am trying to imagine how she will argue that it is desirable for the government to create a huge wave of suicide and alienation by locking people down and destroying the economy, forcing people to wear horrific-looking diaper masks in public places, abolishing religious services thereby removing much of life’s meaning from millions of lives, forcing vaccinations, contact tracing, maybe injectable microchips, who knows, all to gain at most a couple of years of mostly-old-and-sick life expectancy; while that same government should NOT abolish sugar and other processed carbohydrates, limit people to 1200 calories per day, mandate minimum requirements of fresh green vegetables, require vitamin D injections during the six wintery months and minimum solar exposures during the other six, and force people to engage in at least 90 minutes per day of strenuous exercise—measures which would increase average life expectancy by at least 10 years according to anti-aging scientist Josh Mitteldorf.

And maybe they can explain why I’m wrong about where I would draw the line: NO DRACONIAN RESTRICTIONS ON CIVIL LIBERTIES UNLESS THE THREAT IS MUCH GREATER THAN THE THREAT POSED BY ORDINARY NON-OPTIMALLY-HEALTHY LIFESTYLES—IN OTHER WORDS, SOMETHING IN THE NEIGHBORHOOD OF THE LOSS OF AT LEAST 15 YEARS OF HEALTHY LIFE EXPECTANCY.