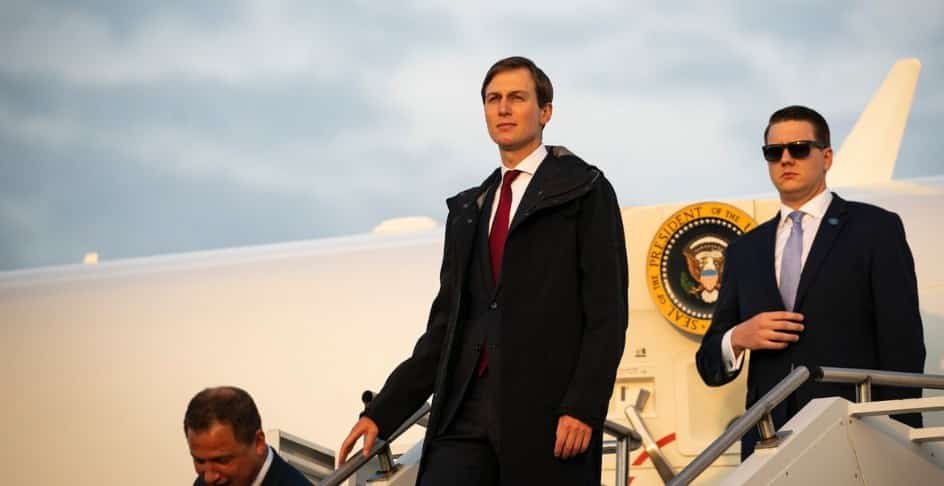 Daily Beast: Deutsche Bank has opened a probe into Donald Trump and Jared Kushner’s personal banker, Rosemary Vrablic, over her 2013 purchase of a New York City apartment from a company part-owned by the president’s son-in-law, The New York Times reports.

Vrablic and two of her co-workers in the private-banking division bought the $1.5 million Park Avenue pad in June 2013 from Bergel 715 Associates, in which Kushner held an ownership stake, according to the newspaper. The deal went through while Trump and Kushner—who have secured around $190 million in loans from Deutsche Bank—were her clients.

Exclusive: @DeutscheBank is launching an internal investigation into Rosemary Vrablic, the personal banker to the Trump and Kushner families.

The review relates to a 2013 personal transaction between Vrablic and a company tied to Kushner. w/ @JesseDrucker https://t.co/yKsGCnYLQw

Bank employees are normally prohibited from making personal transactions with customers in light of potential conflicts of interests. “The bank will closely examine the information that came to light on Friday and the fact pattern from 2013,” Daniel Hunter, a bank spokesman, told the Times.  The general counsel at Kushner Companies, said Trump’s son-in-law is “not the managing partner of that entity and has no involvement with the sales of the apartments.”

Also, remember what happened with Kushner/Deutsche in 2016.

Anti-money-laundering specialists at the bank raised concerns about money going from Kushner Cos to Russians. Bank managers dismissed their concerns, to the great frustration of some employees. https://t.co/d9x8zDfEcK

In a personal financial report released Friday, Kushner disclosed that he and Ivanka Trump netted between $1 million and $5 million from Bergel 715 in 2019.

At the time of the 2013 transaction, Trump and Kushner were Vrablic’s clients, receiving and seeking big loans.

Deutsche hadn’t known about this until @nytimes contacted the bank on Saturday.