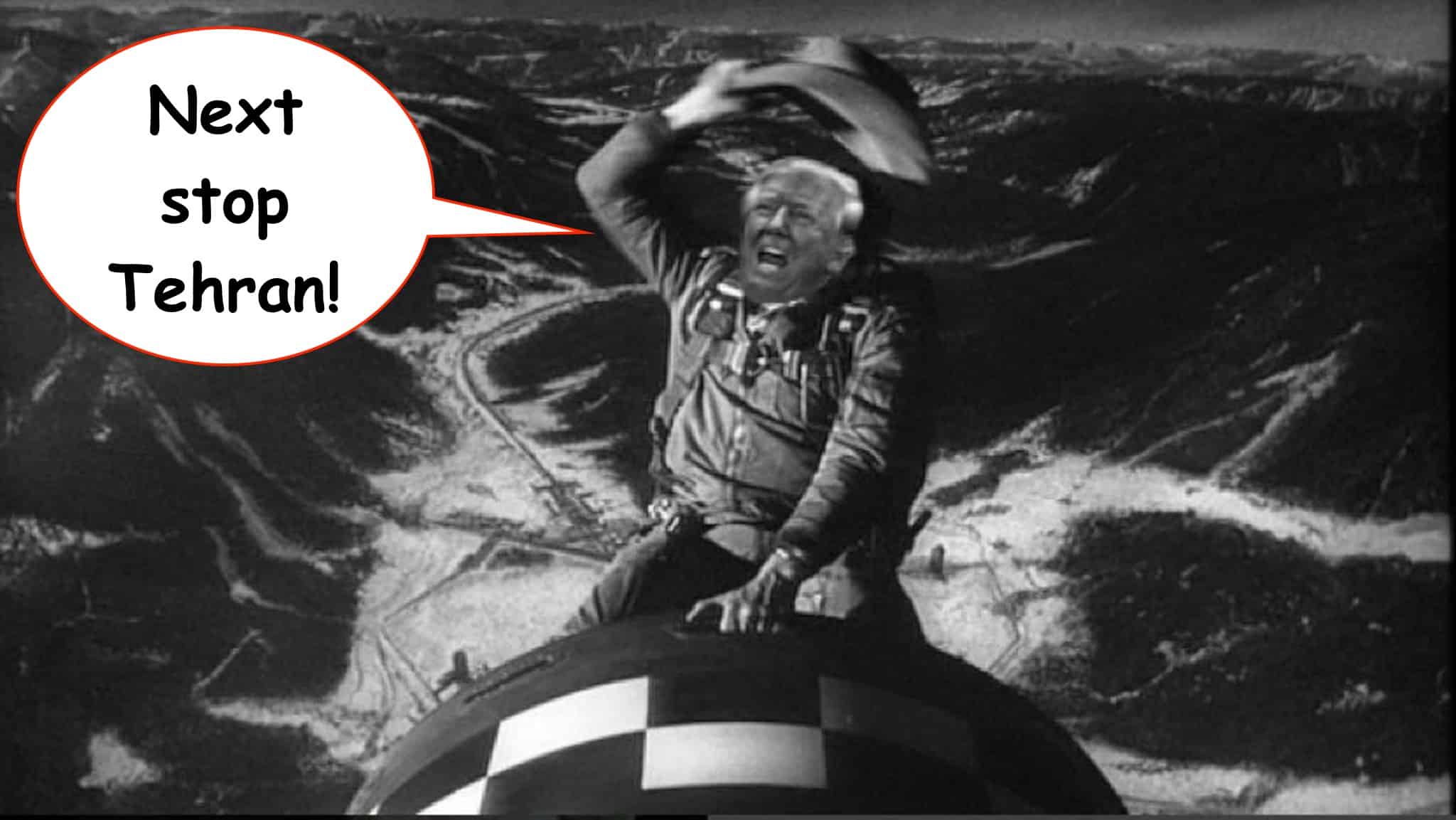 Wendy Sherman is a professor at Harvard University. She’s the former Under Secretary of State for Political Affairs under Obama and worked on the 2015 JCPOA nuclear deal with Iran.

And now she is out with a new article in Foreign Policy magazine. Its headline is the “Total Destruction of US Foreign Policy under Trump.” Well, that’s an interesting title. I think US foreign policy has been heading in a lot of bad directions for a long time, but she makes some good points.

She points out that the Trump administration hasn’t had any really notable successes in its dealings with the countries that it perhaps foolishly, and that’s my words, not hers, find to be antagonists or enemies, namely, that would be China, Russia North Korea, Iran, and Venezuela. In all of these cases, the US hasn’t done anything productive, from the point of view of people like Sherman, who essentially believe in constantly extending American power around the world and trying to rein in these independent countries.

Trump has been a failure, she writes. And for her, that’s a tragedy. For the rest of the world, not so much. In fact, I think much of the world is probably breathing more freely because the US has been so unsuccessful in going after its designated enemies – these independent countries. Of course, it’s a little bit scary that the world is becoming multipolar, and there’s no longer a global hegemon to give the whiplash of discipline to these various countries. In the long run, though that may be a good thing—as long as the instability doesn’t get out of control and turn into a war.

I think Wendy Sherman’s perspective is right in a sense, Trump’s foreign policy has been absolute utter chaos and has been very self-serving. She points out that Trump’s only guiding principle is not what’s good for the American Empire, it’s what’s good for Trump.

The Russian mafia headed by Semion Mogilevich, and also featuring very, very wealthy billionaire criminal lieutenants, is in fact, more of an arm of the state of Israel than of the state of Russia. These people are all Zionists with ethnic loyalties to Israel, just as the previous biggest global criminal organization, the Meyer Lansky syndicate, was likewise loyal to Israel. But the Russian mob is even more so.

So ultimately her very strong criticism of the Trump administration is self-serving and hypocritical, maybe not quite as self-serving as Trump’s policy is. But it’s certainly not the truth, nor is it obvious that a more competent administration running the US empire in a way more advantageous to the US claim to rule the world would actually be any more in the interest of the world’s people than the bumbling Trump administration, which is driving the US imperial project off a cliff, where it belongs.

Wendy Sherman points out that one of the great failures of the Trump administration, based on her perspective, is its complete inability to rein in Iran or to pursue a rational policy regarding Iran. And she’s right. The US policy has been terrible, and it’s been vicious, as the dastardly murder of General Soleimani proved, inviting him to a peace conference and then ambushing him is the most cowardly and disgusting murder in the history of so-called international diplomacy.

And this hasn’t done anything to change Iran. On the contrary, it’s actually caused Iran’s people to rally behind their leadership.

And now, Iran’s economy is immune from US sanctions as another recent article I believe in Foreign Affairs put it. So from her perspective, and really from any rational perspective Trump’s policy regarding Iran has been a disaster for everyone involved, including the US Empire, and it seems that this so-called maximum pressure, trying to bankrupt the Iranian people and engage in collective punishment for what Trump’s Israeli controllers believe is Iran’s obstreperous unwillingness to knuckle under to Zionism.

Iran’s continuing to support media outlets like this one, which provides a critical perspective on Zionism. It’s absent from all high production values, professional media worldwide, except for in Iran. And there is Iran’s willingness to support the Palestinian resistance.

These are the reasons that Trump’s Israeli controllers – his organized crime operators, the people that have owned him ever since he was created by Roy Cohn, the organized crime lieutenant in New York—these people have pushed this insane approach ripping up the JCPOA, and just beating up on Iran for no rational reason. This is the idiotic approach of the visceral Zionists like Netanyahu, who has control over the gangsters, people like Sheldon Adelson who control Donald Trump.

And Wendy Sherman’s absolutely right. This has been a completely insane US policy from the US perspective, from any perspective. And it’s completely failed and Iran is “becoming immune” to US pressure and becoming more independent and continuing to forge productive ties with other independent countries like China and Russia, and indeed Venezuela.

So, truly the US Empire is falling apart. I don’t know if Wendy Sherman should blame it completely on Donald Trump. Yes, Trump’s complete ineptitude has contributed to this decline of the US Empire. But I think the US Empire was going to decline anyway. And it’s just declining a little bit more quickly and chaotically due to the utterly incompetent leadership of Trump and his Zionist controllers.