Today is the 75th anniversary of the Hiroshima Atomic Bomb Attack on Japan by the United States of America; an attack that vaporized and deleted over 100,000 people. There is NOTHING to celebrate here. However, it’s worth bringing it up because this horrific attack and the one on Nagasaki two days later changed the world forever. We truly should NEVER forget what we humans are capable of…

In fact, just 2 days ago, in Beirut Lebanon, there was a huge explosion 1/6th the strength of Hiroshima. So far reports say it injured 5000, killing over 200 with over 80% of the city damaged. Select government officials immediately announced it was fireworks. Then it was changed to 2700 tons of Ammonium Nitrate.

But now, with no evidence presented of Ammonium Nitrate, many experts are saying this may have been a small nuclear tactical attack on the Hezbollah controlled Lebanese government with the aim to destroy Hezbollah once and for all.  VT is working on this right now to bring all the evidence forward.

But the question is out there and asked. Did something like Hiroshima just happen again? Are we humans still NOT evolved enough to stop this?

This one is too early to call right now so stay tuned. But the point is…humans are dastardly. Yes, Ghengis Ghan can murder millions, Hitler can gas millions. And the USA can drop bombs and murder hundreds of thousands. Yes, we can and do.

But today’s focus is on Hiroshima.

Now I could go into all the historical tactical aspects of this despicable attack and even make the case for its necessity, or at least give you the official USA line on why it was necessary. But I will not. Instead, today’s article is for the Hibakusha. What’s that you say? Well, The survivors of the bombings are called Hibakusha (被爆者, a Japanese word that literally translates to “explosion-affected people”. They are the survivors.

The Japanese government has recognized about 650,000 people as Hibakusha.

As of March 31, 2019, 145,844 were still alive, mostly in Japan. The government of Japan recognizes about one percent of these as having illnesses caused by radiation.

If they discuss their background, Hibakusha and their children were (and still are) victims of fear-based discrimination and exclusion when it comes to prospects of marriage or work due to public ignorance about the consequences of radiation sickness or that the low doses that the majority received were less than a routine diagnostic x-ray, much of the public, however, persist with the belief that the Hibakusha carry some hereditary or even contagious disease.

The surviving women of Hiroshima and Nagasaki, that could conceive, who were exposed to substantial amounts of radiation, went on and had children with no higher incidence of abnormalities/birth defects than the rate which is observed in the Japanese average. A study of the long-term psychological effects of the bombings on the survivors found that even 17–20 years after the bombings had occurred survivors showed a higher prevalence of anxiety and somatization symptoms.

Perhaps as many as 200 people from Hiroshima sought refuge in Nagasaki. The 2006 documentary Twice Survived: The Doubly Atomic Bombed of Hiroshima and Nagasaki documented 165 nijū hibakusha (lit. double explosion-affected people), nine of whom claimed to be in the blast zone in both cities.

On March 24, 2009, the Japanese government officially recognized Tsutomu Yamaguchi as a double hibakusha. He was confirmed to be 3 km (1.9 mi) from ground zero in Hiroshima on a business trip when the bomb was detonated.

He was seriously burnt on his left side and spent the night in Hiroshima. He arrived at his home city of Nagasaki on August 8, the day before the bombing, and he was exposed to residual radiation while searching for his relatives. He was the first officially recognized survivor of both bombings. He died on January 4, 2010, at the age of 93, after a battle with stomach cancer.

For many years, Korean survivors had a difficult time fighting for the same recognition as Hibakusha as afforded to all Japanese survivors, a situation which resulted in the denial of the free health benefits to them in Japan. Most issues were eventually addressed in 2008 through lawsuits.

It was a common practice before the war for American Issei, or first-generation immigrants, to send their children on extended trips to Japan to study or visit relatives. More Japanese immigrated to the U.S. from Hiroshima than from any other prefecture, and Nagasaki also sent a high number of immigrants to Hawai’i and the mainland.

There was, therefore, a sizable population of American-born Nisei and Kibei living in their parents’ hometowns of Hiroshima and Nagasaki at the time of the atomic bombings. The actual number of Japanese Americans affected by the bombings is unknown – although estimates put approximately 11,000 in Hiroshima city alone – but some 3,000 of them are known to have survived and returned to the U.S. after the war.

The second group of hibakusha counted among Japanese American survivors are those who came to the U.S. in a later wave of Japanese immigration during the 1950s and 1960s. Most in this group were born in Japan and migrated to the U.S. in search of educational and work opportunities that were scarce in post-war Japan. Many were “war brides”, or Japanese women who had married American men related to the U.S. military’s occupation of Japan.

While one British Commonwealth citizen and seven Dutch POWs (two names known) died in the Nagasaki bombing, at least two POWs reportedly died postwar from cancer thought to have been caused by the atomic bomb. One American POW, Joe Kieyoomia, was a Navajo in Nagasaki at the time of the bombing but survived, reportedly having been shielded from the effects of the bomb by the concrete walls of his cell.

Hibakusha and their children were (and still are) victims of severe discrimination when it comes to prospects of marriage or work due to public ignorance about the consequences of radiation sickness, with much of the public believing it to be hereditary or even contagious.

The surviving women of Hiroshima and Nagasaki, that could conceive, who were exposed to substantial amounts of radiation, went on and had children with no higher incidence of abnormalities/birth defects than the rate which is observed in the Japanese average.

There is considerable discrimination in Japan against the hibakusha. It is frequently extended toward their children as well: socially as well as economically. “Not only Hibakusha, but their children, are refused employment,” says Mr. Kito.

“There are many among them who do not want it known that they are hibakusha.” — Studs Terkel (1984), The Good War.

The Japan Confederation of A-and H-Bomb Sufferers Organizations (日本被団協, Nihon Hidankyō) is a group formed by hibakusha in 1956 with the goals of pressuring the Japanese government to improve the support of the victims and lobbying governments for the abolition of nuclear weapons. 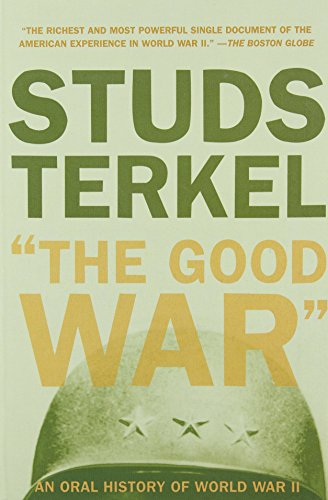 One Atomic Bomb Casualty Commission (ABCC) report discusses 6,882 people examined in Hiroshima, and 6,621 people examined in Nagasaki, who were largely within 2000 meters from the hypocenter, who suffered injuries from the blast and heat but died from complications frequently compounded by acute radiation syndrome (ARS), all within about 20–30 days.

In the rare cases of survival for individuals who were in utero at the time of the bombing and yet who still were close enough to be exposed to less than or equal to 0.57 Gy, no difference in their cognitive abilities was found, suggesting a threshold dose for pregnancies below which, no life-limiting issues arise. In 50 or so children who survived the gestational process and were exposed to more than this dose, putting them within about 1000 meters from the hypocenter, microcephaly was observed; this is the only elevated birth defect issue observed in the Hibakusha, occurring in approximately 50 in-utero individuals who were situated less than 1000 meters from the bombings.

In a manner dependent on their distance from the hypocenter, in the 1987 Life Span Study, conducted by the Radiation Effects Research Foundation, a statistical excess of 507 cancers, of undefined lethality, were observed in 79,972 Hibakusha who had still been living between 1958–1987 and who took part in the study.