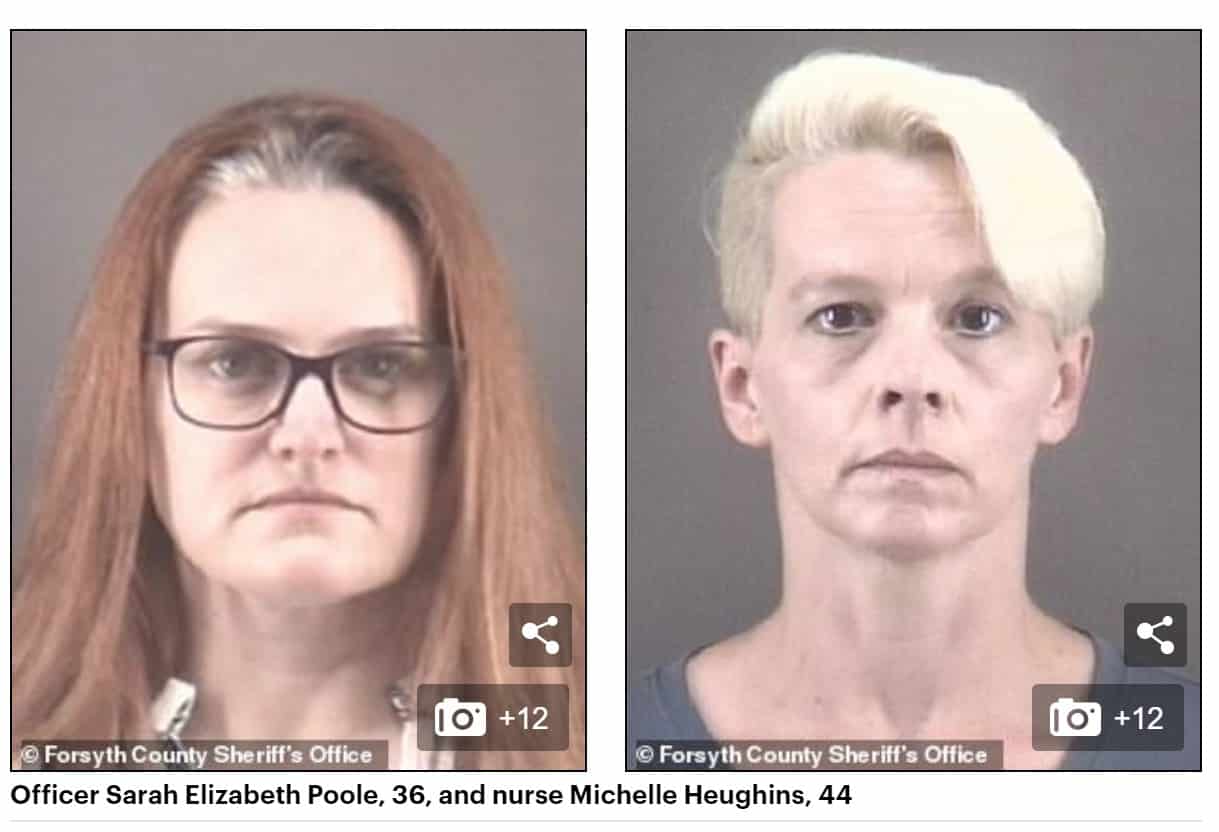 Harrowing footage has been released showing a North Carolina jail inmate who died after being hogtied face down as he yelled, ‘I can’t breathe,’ more than 20 times.

John Neville, 56, died of a brain injury sustained during cardiac arrest which the coroner ruled was caused by ‘asphyxia during prone restraint.’

Neville had fallen off his top bunk at Forsyth County jail in Winston-Salem in the early hours of December 2, following his arrest on a warrant accusing him of assaulting a woman.  read more, photos of those allegedly responsible, below: