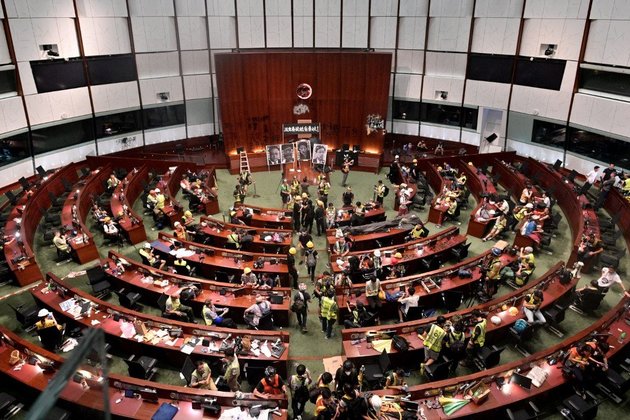 Hong Kong recently declared that its parliamentary elections scheduled for September this year would instead be delayed for a year. This caught many off-guard and is seen as a bold but dangerous move in light of last year’s relentless political unrest in the semi-autonomous region of China. Citing concerns related to the coronavirus pandemic, Chief Executive Carrie Lam has indicated that emergency powers will be used to drive through this decision. Especially following the recent decision to ban certain political opponents from running for election, this suggested path forwards has raised eyebrows both domestically and abroad.

Indeed commentators in the west have suggested that the decision to postpone elections has less to do with genuine concern over the coronavirus pandemic and more from a simple fear of losing political power. In the US, Secretary of State Mike Pompeo called out the decision as undemocratic going on to say that “it is likely […] that Hong Kong will never again be able to vote – for anything or anyone”. Of course, this position is not without its own irony, given President Trump’s suggestion of delaying the US election having been floated only days earlier.

So, what does it mean for Hong Kong to be looking at a postponed, or indeed cancelled, election? Political protestors in Hong Kong are reported to be preparing their “last letters” as they fear exceptionally strong prosecution and punishment for their continued activities. Indeed, China has been ramping up its security presence in the city since this summer’s violence, which proved an international embarrassment to the regime. Yet China will not want to scrap all of the affordances currently given to Hong Kong. Hong Kong represents a huge attraction and trading hub in its westwards facing diplomatic standing.

Should the greater freedoms enjoyed in Hong Kong disappear, international commerce would certainly be hurt. Yet China seems to wish to both keep these freedoms though simultaneously exercise strong measures of control. Gambling, for instance, which is banned in mainland China, is legal in Hong Kong. Should the administrative division be brought more in line with China in the near future, the gambling industry of the region would have to move online to UK casino sites such as PlayFrank, offering online casinos and betting, or else disappear entirely. This industry, and many others, will be fascinating to watch as Hong Kong seeks to navigate the perilous waters between autonomy and submission to China.
ATTENTION READERS
Due to the nature of independent content, VT cannot guarantee content validity.
We ask you to Read Our Content Policy so a clear comprehension of VT's independent non-censored media is understood and given its proper place in the world of news, opinion and media.