Home History The Passing of Fredrick Toben: A Man of Principle 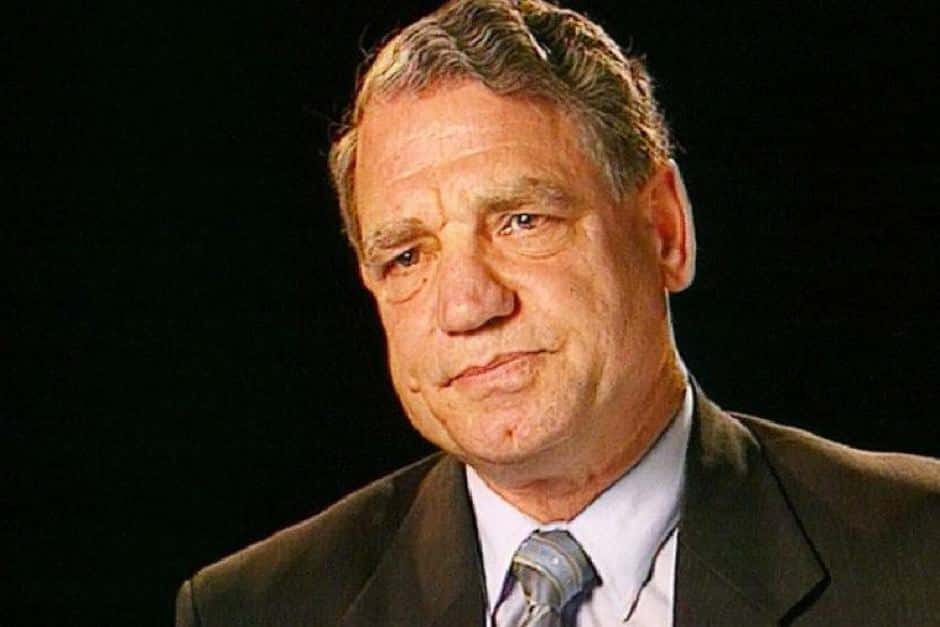 VT: Frederick Toben was a personal friend, one who had stayed with us in Ohio, someone I was in continual contact with…until a bit ago.  As with Jonas, I had no idea.  Toben cannot be replaced, someone who stood against lies and suffered horrific persecution at the hands of the quite real satanic enemy.g

Shame on me. I have just learned that my dear friend, Fredrick Töben, passed away last June. Toben was a true fighter, a true scholar, and a man who asked for nothing else but evidence, logical consistency, and rational inquiry. He was mercilessly and unfairly called a “Holocaust denier” by the powers that be.[1] Why?

Legal scholar Uta Kohl of Aberystwyth University, Wales, wrote without qualifications or serious thought that Toben published “anti-Semitic material,” leaving the impression that the man was indeed an anti-Semite.[4]

Toben was trained in philosophy, and anyone who has taken just a freshman course in philosophy knows that in order to seriously examine a particular topic, one has to scrutinize its metaphysical substratum and its underlying nature.

In short, asking deep questions is a part of the philosophical patrimony of the West. It was because of this philosophical enterprise that people like Kant were able to take other philosophers like David Hume to the woodshed.

No one could seriously call Kant “anti-David Hume.” So how did Toben suddenly become a flaming anti-Semite for doing the very thing that they taught him at Stuttgart University, where he got a Ph.D.?

So, the Holocaust establishment was asking Toben to drop his critical thinking skills, lower his intellectual standard, and embrace an ideology that was and still is essentially anti-reason. Töben, after much reflection, refused. This was an unpardonable sin, and Töben ended up spending months in jail. Here is what he told me:

“I am a Holocaust questioner because that is what my philosophical training was all about – to question the veracity of what Holocaust historians have constructed in their narrative.

“Throughout these past seventy years this narrative has constantly changed while being fixed in legal concrete, and I object to such mechanism that has often protected outright lies at the expense of truth emerging, which directly impacts on our free expression – the hallmark of our civilization.”

Is this view outside the Western intellectual tradition? Absolutely not. And should anyone be placed behind bars for this? To this very day, the state of Israel does not even recognize the Armenian genocide. Should they put Israeli officials behind bars as well?

Jewish professors such as Bernard Lewis spent years at Princeton postulating that the Armenian genocide was a hoax. Did he ever spend a day in jail for embracing such a belief? No. Did the Holocaust establishment petition that he be fired from the university? No. Töben again told me:

“So, I question any aspect, any assertion made in those many Holocaust-Shoah narratives for truth-content, otherwise I would be offending against my philosophical training and would support the construction of an ideology.”

This view, which is rational and defensible, cost Töben dearly. He said:

“I was forced into bankruptcy of $230,000+ because legal aid would not cover such proceedings [the cases against him].”

Töben was accused of being a racist, but he defused those charges by saying, “I am firmly anti-racist and I do not come at this in any way designed to undermine the Jewish community.”[5]

But that answer still did not satisfy puppets of the Holocaust establishment, who persecuted the good man. A few years ago, Töben sent me a message documenting how so-called sex education invaded German elementary schools.

In 2013, the Daily Mail itself gloriously reported that “Bestiality brothels are ‘spreading through Germany…’”[6] That, of course, is freedom. But questioning or challenging the Holocaust ideology is a step too far?

When Töben heard that I was challenging the Holocaust narrative, he warned me:

“Be wise, and if you can withstand the stress of being a dissenter without hurting your love ones, then the historical examples…should guide you through this legal minefield…There will be attempts to destroy your moral stance but remain firm because the truth is your defense.”

He told the Telegraph almost the same thing way back in 2008:

I certainly appreciate men who submit to the truth and reason. I salute brave men who refuse to follow a wicked ideology. Töben certainly reminds me of Alexander Solzhenitsyn, whom we have quoted extensively in the past:

“And thus, overcoming our temerity, let each man choose: will he remain a witting servant of the lies, or has the time come for him to stand straight as an honest man, worthy of the respect of his children and contemporaries?”[8]

I told Toben last February that I was writing a book tentatively entitled, Kevin MacDonald’s Metaphysical Blunder: A Philosophical, Historical, and Moral Critique of Evolutionary Psychology, Sociobiology, and White Identity, and he was excited to read the manuscript. Unfortunately, the good man never saw the final product. He only had the opportunity to read one chapter and was able to provide some useful suggestions. I am more than half-way through the book (over 400 pages), but I wish the good man didn’t die too soon; since he and I were both trained in philosophy, he almost certainly would have been one of my thoughtful and constructive analysts.

Fredrick Toben will surely be missed, but he will never be forgotten.