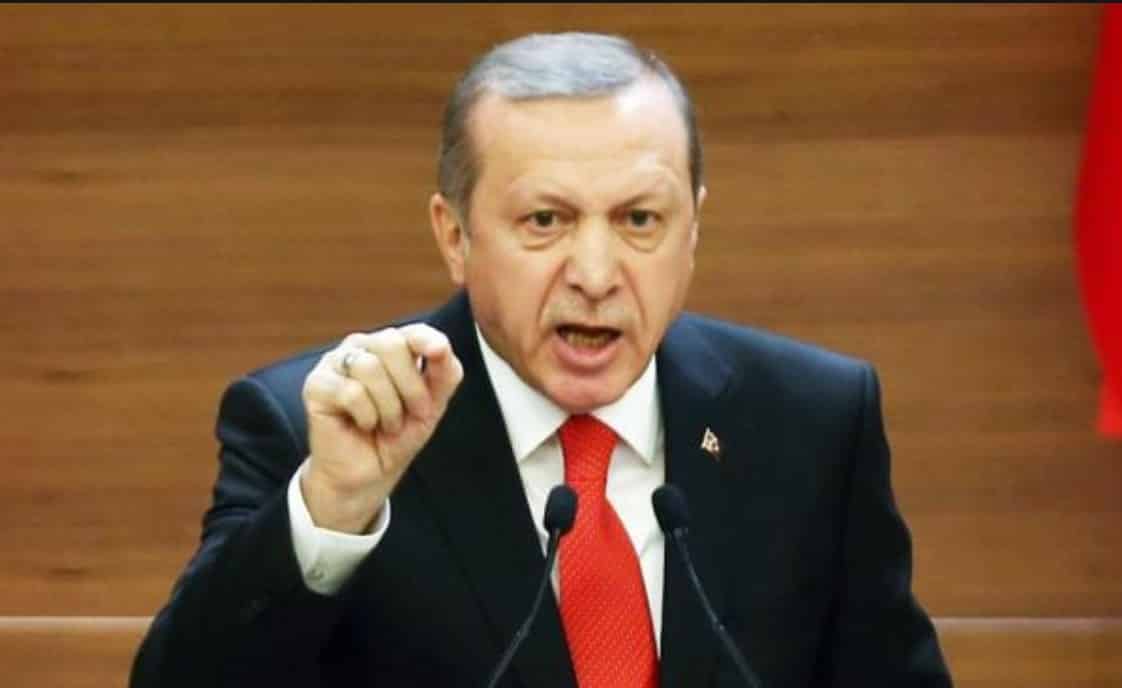 The world is unfair to Turkey’s charming, witty and irrepressible president. For years, Recep Tayyip Erdogan has been misunderstood and unjustly condemned by a world which doesn’t appreciate whimsy and is incapable of detecting the irony in farceur Erdogan’s “abrasive” proclamations and threats of war.

Just because he goes around scowling, smouldering, fulminating, and threatening don’t mean the man isn’t one of the greatest natural cutups of the century. Once the world realizes funereal Erdogan is Turkey’s gift to comedy in these somber times, it will heap the Nobel, the Pulitzer, the Oscar, the Mao Tse Tung, the Pol Pot, and the Augusto Pinochet humor prizes on the much-maligned former Istanbul footballer.

Here’s a sample of Erdogan the Wit’s sense of humor selected from a rich trove of Erdogiana at the Turkish National Revisionist Archives.

“We are proud that we are the country that has no colonial history and has not committed massacres in the past,” said the Ankara Farceur recently.

It’s only spoilsports who will bring up the banal fact that between 1822 and 1925 Turkey committed at least 21 massacres (starting in Chios, Greece) killing 685,500 Arabs, Armenians, Bulgarians, Greeks, and Macedonians plus committing genocides of Armenians, Assyrians, and Greeks, in addition to oppressing the Kurds of Turkey and attacking Kurds in Iraq and Syria.

A few weeks ago, the Ankara Jester promised the “liberation” of Jerusalem’s Al-Aqsa Mosque. To achieve that, he first has to overcome the little matter of Israeli nuclear bombs. Besides, the Kidder of Ankara wouldn’t want a repeat of the worst Turkish defeat coincidentally took place in Palestine/Israel in 1799. Some 4,000 of Napoleon’s troops defeated a 30,000 Ottoman army near Mount Tabor. When the dust settled, 6,000 Ottoman soldiers had been killed and 500 captured. The French dead? TWO as in one plus one makes two.

A barrel-of-laughs Erdogan has called feminist women “half-persons” and elaborated on his thesis by pointing out women are not equal to men. At an international women’s conference in Turkey, he accused feminists of rejecting motherhood. Women didn’t roll down the aisles, but we know feminists have no sense of humor.

An unfriendly world doesn’t appreciate Turkish army’s collegial social visits to Syria, Iraq, and Libya. What’s wrong with Erdogan’s troops visiting neighbors for a chat. Is it such a bad thing to swap the Imam Bayende recipe for that of ma’’lubeh?

Last month, when he converted Hagia Sophia to a mosque, Erdogan—all pout and twitching moustache–hailed the “glorious” Ottoman conquest of Constantinople in 1453. To appreciate the “glorious conquest” one must consider that the attackers were 150,000 to 200,000-strong and were equipped by oversized cannons bought from an enterprising Hungarian inventor. The defenders had 7,000 fighters.

Yet it took the Ottomans 53 days to take Constantinople, which had shrunk to a provincial town of 50,000. The 22-year-old sultan, who headed the victorious army was a pedophile who strangled a Christian boy for refusing his advances.

Bored by a slow-news day (no Turkish attacks on Syria, Iraq and Libya), the other day Erdogan decided to play a joke. He told his foreign minister, a man described as toxic concoction of narcissism and paranoia, to sue a Lebanese TV personality who had “insulted” him. The TV man was a “remnant of the sword”—the Turkish synonym for Armenian. Although such an action would be dismissed by any government, Erdogan decided it was worth a laugh to scare the infidel TV man. Imagine Erdogan’s surprise when the Lebanese failed to get the joke and scheduled the trial for October.

Although many believe Erdogan is planning to revive the Ottoman Empire and become its sultan, the boisterous buffoon had an unpublicized changed of mind recently. Ottoman sultans bore the following titles: “Allah’s deputy on earth, Lord of the Lords of this world, Possessor of men’s necks, King of believers and unbelievers, King of Kings, Emperor of the East and West, Majestic Caesar, Emperor of the Chakans of great authority, Prince and Lord of the most happy constellation, Seal of victory, Refuge of all the people in the whole entire world, the shadow of the Almighty dispensing quiet on the Earth.”

After learning about the multi-tiered titled of sultans, Erdogan said he didn’t want to become sultan because there would be no room for all the titles on his business card.

If that quip doesn’t indicate a high-level of humor up there with that of Wilde, Shaw, and Adam Sandler, nothing will convince the great unwashed that Erdogan is a man of wit. It’s time for even Turkey’s victims (Alevis, Armenians, Assyrians, Cypriots, Greeks, Iraqis, Kurds, Libyans, Syrians, Yazidis, and Yemenis…) acknowledged that the world is a better place because of Erdogan, president, buffoon, laugh riot, jester, zany, and a standout stand-up comedian.

People who fail to find Erdogan funny should consider that half the world’s cartoonists would be unemployed if the Ankara Aristophanes left the stage. That’s reason enough to re-examine our attitude toward international raconteur of Ankara-Istanbul-Idlib-Aleppo-Tripoli-Latakia-Sinjar-Aden.