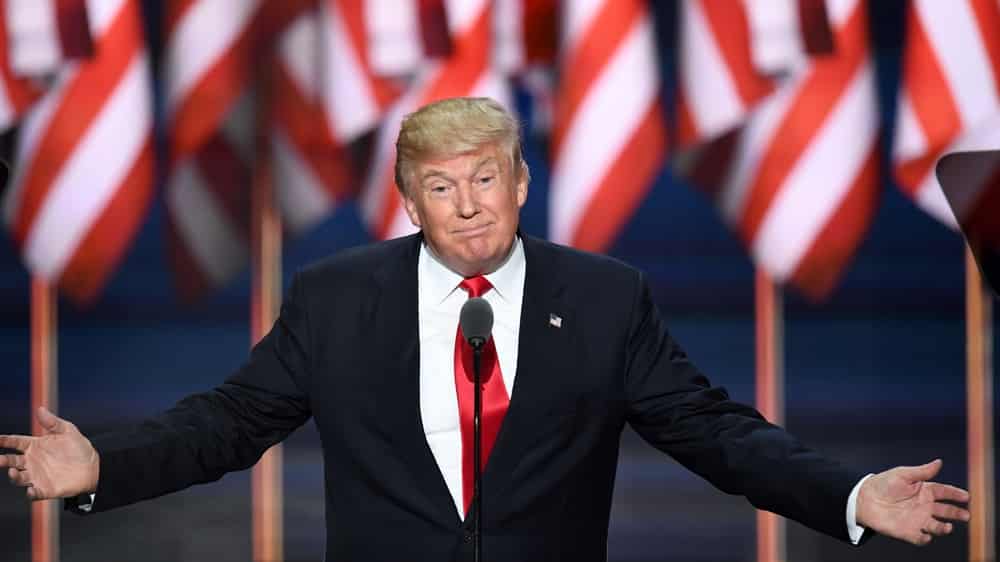 Love him or loath him, Donald Trump had a clear message in terms of foreign policy when he came into office. Taking a strong, ‘America First’ approach, Trump focused on border enforcement, fighting the war against terrorism abroad, and strengthening immigration controls.

Despite some arguing that his presidency is much like playing roulette or craps without using craps strategy, Trump has been clear in his intentions – although the methods that he has used to enforce these are questionable, to say the least…

Only a week into his presidency, Trump made headlines with his ‘Muslim Ban’

In Trump’s first attempt to lower incidents of terrorism in America, he enforced Executive Order 13769. People from Iran, Iraq, Libya, Somalia, Sudan, Syria, and Yemen were barred from entering the US for 90 days, whilst a blanket ban on refugees was enforced for 120 days.

Despite Trump’s insistence that his order wasn’t a ‘Muslim Ban’, it was fairly apparent that, of the seven countries on the list, six of them were predominantly Muslim countries. Despite Trump’s proclamation that he was reducing the likelihood of terrorism, Homeland Security detailed that the countries on the ban-list did not pose an increased threat.

Similarly, critics pointed out that major terrorist attacks in the US, such as 9/11 and the Boston Marathon bombing had not been perpetrated by individuals from the above countries.

As expected, the order caused a media storm, with mass protests across America (especially at airports). The order extended to nationals of the above countries with dual UK nationality, and British citizens called for Trump’s state visit to the UK to be stopped.

On June 1st, 2017, Donald Trump withdrew the United States from the Paris Climate Accord, which aims to ‘strengthen the global response to the threat of climate change’. Trump criticised the order, arguing that it damaged the US economically, and, amongst other things, ‘effectively decapitate our coal industry’.

Naturally, this drew large amounts of criticism for Trump, who has already publicly denounced the threat of climate change.

The United States, Russia, and North Korea. Two established powers on opposing ends of the political spectrum, and a third ‘rogue warrior’. Trump and Putin first met in July 2017, on a visit to Warsaw. The meeting came amid claims of Russian interference into the US election in 2016. Only a month later, Trump locked horns with the mysterious regime in North Korea and threatened them with ‘fire and fury’ if they continued to threaten to launch ballistic missiles into the waters around Guam.

Whilst the Trump/Putin relationship strangely strengthened, the US opinion of Russia plummeted. Only a month after meeting with Kim Jong Un in a ground-breaking summit in Singapore (where a statement agreeing to the denuclearization of the Korean peninsula was signed, and where formal diplomatic relations began), the President and Putin met again in Helsinki in August 2018.

Both were criticised for their statements during the conference. Trump was described as a ‘pushover’ by members of the Republican Party, and the national press followed suit in their reaction to the President’s acceptance of Putin’s denial of involvement in the 2016 election.

Putin was described as ‘cementing his status’, and whilst American opinion improved in Russia, Putin became public enemy no.1 in the States.

With tension mounting between the US and Iran, President Trump sanctioned a drone strike against the latter, killing esteemed General Qasem Soleimani in January 2020. The attack was another bold move from Trump, who took action on a matter that both George W. Bush and Barack Obama had failed to resolve during their presidencies.

However, the attack seemed somewhat reckless. Trump knew that the US would face consequences for its actions, and rocked an already volatile geopolitical situation in the Middle East.

In response to the killing of Soleimani, the Iranian Islamic Revolutionary Guard Corps launched a missile attack at the Iranian/US Military base Ayn al-Asad in Al Anbar Governorate, western Iraq, as well as another airbase in Erbil, Kurdistan Region. However, physical damage was limited, and after a Ukrainian airliner was mistakenly shot down by Iranian forces, anti-government sentiment arose in Iran.

Only 10 days later, Donald Trump became the first US President to set foot on North Korean soil, when he met with Kim Jong Un. However, concessions failed to be achieved, and North Korea quickly resumed missile testing.

In the midst of the pandemic we find ourselves in, Donald Trump is dividing opinion more than ever on both home soil and abroad. Whether Joe Biden and the Democrats will gain power in the upcoming election is yet to be seen…