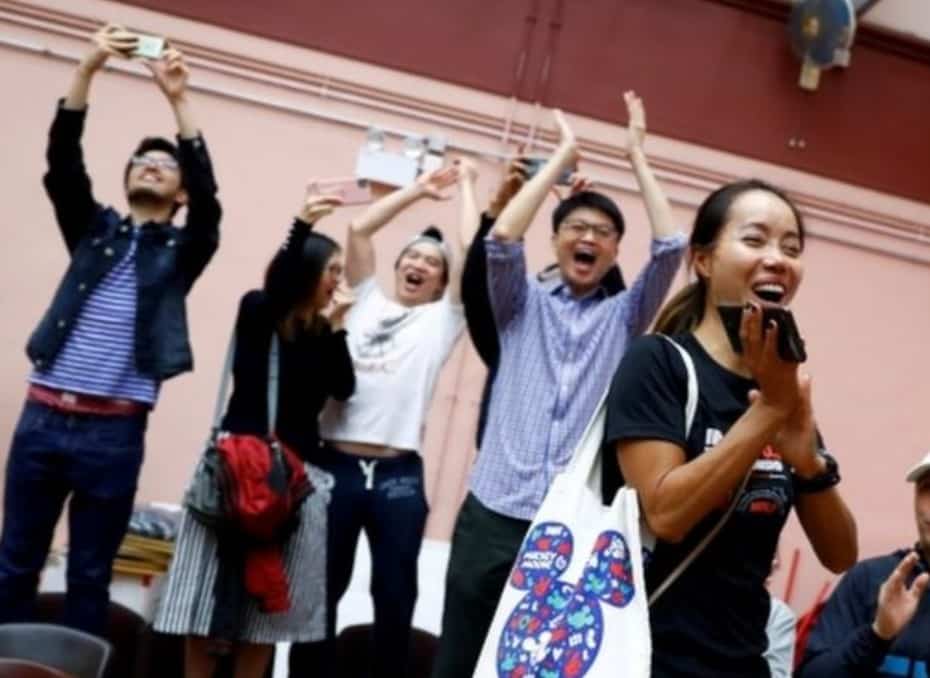 Hong Kong leader, Carrie Lam declared that the September 6 elections in SAR would be postponed by one year. Right away, she offered a rational explanation:

“We have 3 million voters going out in one day across Hong Kong, such flow of people would cause a high risk of infection.”

Fair enough. But while COVID-19 can justify just about any action taken by the West and also by countries that are closely associated with the West, it is constantly used against Mainland China and SAR.

Whether elections were to be held or not, attacks against Ms. Lam and Beijing were planned to continue. They were clearly ordered by the Western establishment, “no matter what happens.”

We will return later to ‘criticism of postponement of the elections,’ but first, let us see what was written just a few hours earlier when all major Western media outlets still thought that the elections would take place as scheduled.

“Under Hong Kong’s Basic Law, the city’s de facto constitution, prospective legislators must swear to “uphold” the constitution, a declaration that has been largely procedural in the past.

But citing a court case in 2016 barring a pro-independence candidate, the government said in a statement that vowing to “uphold” Basic Law “denotes not just compliance with it, but also an intention to support, promote, and embrace it.”

First of all, “upholding the constitution” is a fundamental and essential condition for any prospective legislator in any democracy in the world. And not an only legislator. As we all know, in the United States, the president of the nation, when sworn in, puts his hand on the Bible (isn’t that “a bit too extreme” and “exclusive,” especially for those citizens who are not Christian?) and solemnly swears that he will be upholding and defending Constitution of his country.

Second: some readers can probably overlook certain parts of the text, but this time they should come back to them and read carefully: “barring a pro-independence candidate.” CNN is obviously criticizing SAR for not allowing participation of separatists in the elections! It is hard to believe, difficult not to call it hypocrisy, given the fact that almost anywhere in North America and Europe, separatism is not tolerated, and in fact, harshly punishable. Just think about Spain (Catalunya) or France (Corsica). Strive for separatism, which is ignited, and then supported and financed by foreign interests and foreign powers, would be considered treason and punished extremely harshly. As, let us not forget, each Western country has its own national security law.

But bashing China and its territories, by all means available, became such a norm in Western mass media, that almost nobody is scrutinizing details of such “analyses,” anymore.

Baseless or thoroughly exaggerated criticism of everything Chinese, became synonymous with a fast-track to career advancement, at least in the fields of journalism and academia. Thousands of scribes are now involved. It is a career. There is something ‘religious,’ even ‘fundamentalist’ in the anti-Beijing writing style. Logic is not required anymore. It is actually discouraged.

The title of the CNN article, which I am quoting, is, actually: “Hong Kong is setting up an election without a real opposition.” Real means what? In the new Western propaganda lexicon, ‘real’ means hard-core separatism, fundamentalist anti-Communism, and radical anti-Mainland stand.

Now back to the postponement of the elections.

So, first, the way elections were to be conducted was wrong; and now postponement of them became wicked. Western “analysts” reacted very, very fast.

Nothing new, of course. Suspicion is omnipresent when it comes to news coverage of SAR and Mainland China by Western media outlets. Nothing short of total surrender would be accepted or praised.

It is essential to confront Western propaganda with the facts, again and again. It is a tiring, monotonous process, but there is no other way around it. Otherwise, all rationale will collapse. Therefore, let us continue with our labor:

This essay is written and sent from the Western Hemisphere, part of the world which is most damaged by COVID-19. Elections here are either outrightly postponed, or postponement is at least discussed, considered as an option. Even Donald Trump, ‘arch hero’ of the Hong Kong rioters, is going back and forth on the issue. Chilean referendum on Constitution changes was postponed, without much debate, due to COVID-19.

Elections in Bolivia have been delayed again and again. And there, actually, the elections are crucial, as last year there was a U.S.-backed coup which out seated enormously popular and successful indigenous President Evo Morales. Of course, you would not read much about all this in the West.

Western mass media takes COVID-19 ‘argument’ for postponing elections in the Americas as something fundamentally legitimate. Because this fits the interests of Washington.

There, yes, but what is taken as a norm elsewhere, is never acceptable when it happens in China. Why is it this way, is clear: again, it is not at all about logic or rationale.

China has to be wrong, no matter what it does.

Even when what it does is in line with the rest of the world. It is Kafkaesque, it is unfair, but it is part of a new normal constructed by the U.S. leaders like Trump, Rubio, Pompeo, Bolton, and Navarro.

Ms. Carrie Lam and Beijing know perfectly well how to govern their territory and the entire country. They do not need Western boys and girls to tell them. China is doing well, much better than the West, and it is clear and obvious.

Everyone who “commutes” between PRC and U.S. is well aware of it. And China, including SAR, would be doing even better if it would be left alone, stop being antagonized every day and night, and allowed to concentrate on what it is doing best: which is improving the lives of its people and the world.